When it comes to exciting young superstars, Chelsea have got a few on their books. But with three goals and eleven assists in just twelve league appearances, Eden Hazard has proven to be one of the hottest properties on planet football – which is why Nike have chosen him as one of a handful of elite players to wear the new Nike GS2.

We sat down with the 21-year old midfielder to talk boots, Chelsea and what they’re putting in the water in Belgium at the moment… 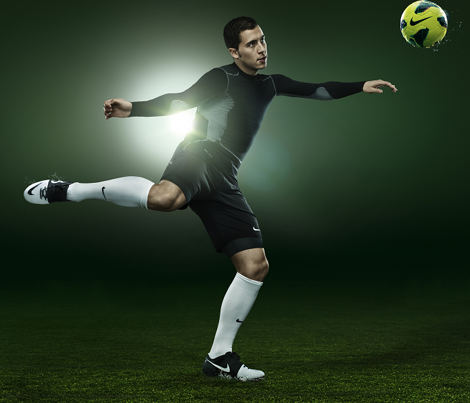 How have you adapted to life on the pitch in the Premier League?

I knew it was a different championship but I haven’t really noticed that on the pitch, it’s more away from the pitch, in the stadium and the streets. On the pitch it’s a football match and that will never change – it’s still 11 against 11 players.

Yourself and Juan Mata seem to have formed a great relationship in the Chelsea Midfield, what’s he like to play with?

Juan, is similar to me in that he loves being out on the pitch and having the ball at his feet, and so we’ve found it easy to play together from the start and that has obviously been good for the team. 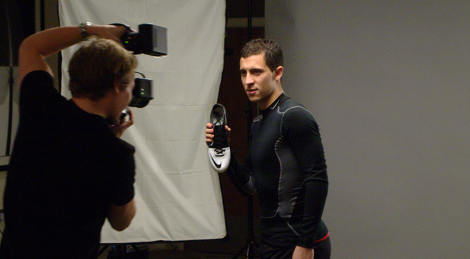 In your first few games for the Blues, every goal seemed to come from your assist – is helping a team-mate score as good as a goal for you?

To be honest, I’ve always preferred passing but last year when I scored a lot of goals in France I really fell in love with scoring. But I think my primary quality will always be bringing others into play.

Belgium have rapidly become one of the best squads in Europe – are the national team confident of getting to Brazil in 2014?

We’ve had a very good start to the campaign, I think, and with these two matches coming up against Macedonia we’ll have to keep gathering as many points as possible.

With the generation of players we’ve got we should be looking to qualify and it would be a huge disappointment for the country if we didn’t – Belgium has been waiting a long time to play at a major tournament. 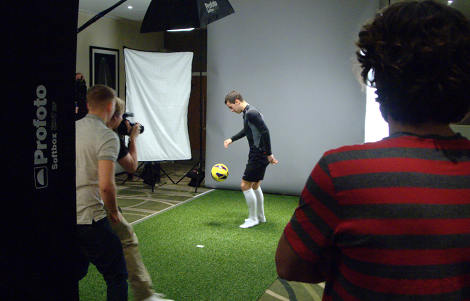 Can you pin down why so many Belgian players have come to the fore recently?

In Belgium the youth system has always had a good reputation and in the last three years or so that has grown thanks to the performances of clubs like Anderlecht and Standard Liege in the Europa and Champions Leagues.

These clubs are just two that have really invested in their youth systems. It’s great – I think that with the current crop of players doing well will definitely motivate the future generations to really apply themselves to their training.

Who was your footballing idol when you were growing up?

I never had one player in particular, I liked many players – Zidane, Henry, Riquelme, Robinho, Ronaldinho and loads more. The players I used to follow were those that really loved their football were good to watch on television and enjoyed entertaining the crowd. I definitely aspire to be a player like that. 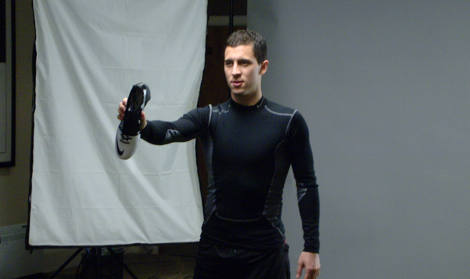 What do you think of the Nike GS2?

You can see the Mercurial shape in there so I’m looking forward to trying them out on the pitch. I’ve played in Mercurials since I was young and I’ve never wanted to change. Boots are obviously extremely important and I hope I’ll be able to get a few goals and assists in these.

Do you mind switching boots when you’re in such good form? Have you any traditions or superstitions around your footwear?

Not at all – I’m not a superstitious person and don’t get attached to particular boots.

Written By
Kyle Elliot
More from Kyle Elliot
Blue is the colour! Check out the latest PowerCat 1.12 colourway to...
Read More