After wowing the world yesterday with it’s out-of-left-field Nike GS, we caught up with Nike Global Football Product Director David Eyre to get the inside track on one of the most surprising products of the year. 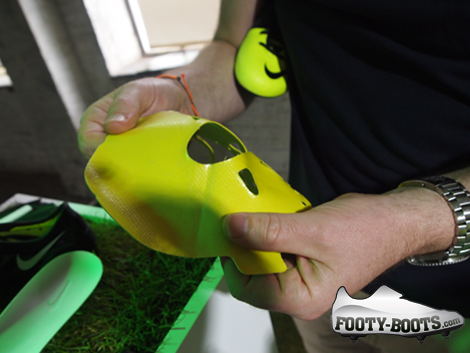 The elements we really wanted to bring together on this concept product was the future of high-speed touch and control, and also the idea of very low environmental impact.

There were only about four or five of us working on the Nike GS, completely separate from our usual boot team. Being so small in number, this really let us make fast decisions and push ideas through. Did an idea work? If so, we were able to implement it quickly. 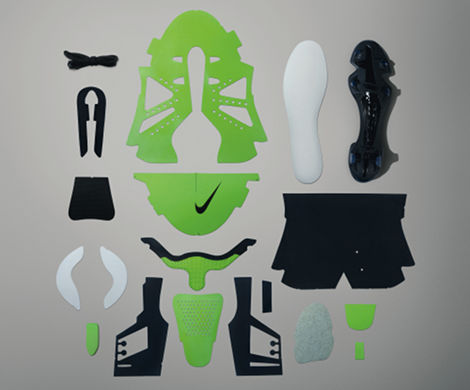 We took apart prototype boots, piece by piece; if it didn’t need to be there, we got rid of it.

A great example is the heel counter. Unlike most other boots it’s not symmetrical, where the foot needs less support on the medial side of the boot we trimmed it down to reduce weight. 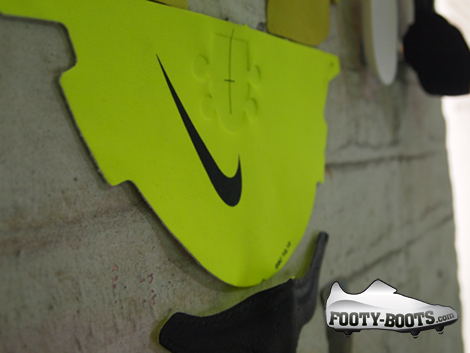 For the upper, we’ve used what we would call an environmentally-preferred version of the KangaLite you’ll know from the CTR. This version is solvent-free, and also requires less water to produce and treat. The KangaLite you see on the Nike GS is a good nod towards the future of what we want to do at Nike.

The board under the toe of the boot is created using leftover KangaLite that have been repurposed. We’re starting to roll this out on footwear across many of our new footwear models. 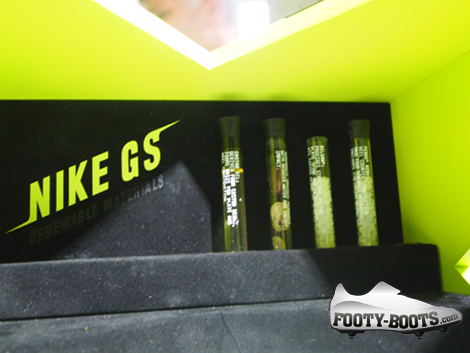 The sole plate is made of 50% renewable material that we call Pebax Renu (Ed: A plant derived material made with 97% castor beans) and 50% renewable or post-consumer TPU.

In terms of performance, we’ve aimed to give the athlete as much support and flex as possible, where it’s needed.

You’ll notice it has a few features we’ve not tried on a boot before. There’s a new heel stud that’s designed to act like a break for quick, decisive turns at speed – which is complimented by the one under the forefoot which is more for accelerating with a ‘paddle’ motion.

…It’s Place in the Nike Line-Up

https://www.youtube.com/watch?v=iS6FA7bzgkg
Only one player will wear the Nike GS – Who will it be?

Whilst it features some similarities with a Mercurial, it’s status as a concept boot effectively makes it ‘silo-less’.

We used the same last as a Mercurial, but that decision was made as it is already a very thin, very minimal boot – meaning that of all the boots we have to work with, the Mercurial had the least that needed working on to make it meet our goal of high-speed touch and control.

Written By
Kyle Elliot
More from Kyle Elliot
Players call them the 'tools of their trade' - but what happens...
Read More