After nearly 3 solid weeks of hype-building, Nike’s revolutionary new product has been unveiled: the Nike+ Fuelband.

The message is simple. No matter what you do; Make It Count.

As athletes cross the globe made thier pledge to #MakeItCount into the Twittersphere, the ‘it’ seemed subjective; for sprinters the ‘it’ was steps, for cyclists it was seconds, for footballers it was goals.

But as we’ve come to expect from Nike’s marketing department, ‘it’ had a double meaning…

The basis of the Nike+ Fuelband is to gather performance metrics and data from it’s wearer – collecting information on every step taken, calorie burned and more. 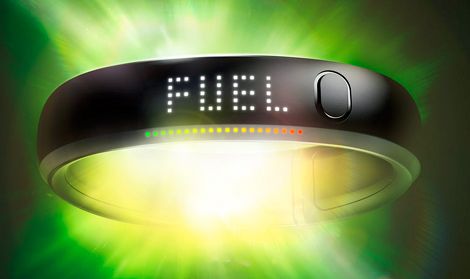 Rather than keeping these pieces of data separate, every single motion performed by the wearer is aggregated into Nikefuel.

According to Nike, Nikefuel is thing that connects every athlete. No matter what sport you’re playing, everyone’s data is gathered the same way – the harder you train, the more you earn.

Unlike calorie counts, which vary based on someone’s gender and body type, NikeFuel is a normalized score that awards equal points for the same activity regardless of physical makeup.

As you’ve probably guessed the Nike+ Fuelband is the tool you’ll need to start accruing Nikefuel. 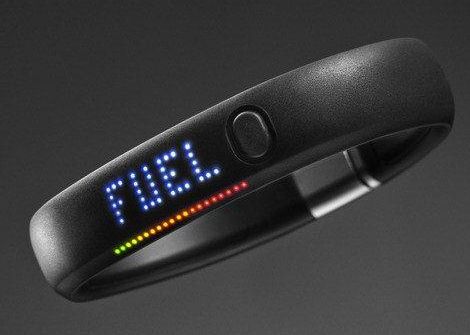 Similar to the Nike+ running band in both weight and style, the Nike+ Fuelband is not only capable to gathering all this information on your body’s movements – but also transmits this data to your iPhone, completely wirelessly.

The result is almost-instantaneous feedback on your activity, helping you know how much further you need to push yourself to be reaching your goals – on or off the treadmill.

Designed to be worn throughout the day, the ergonomic, user-friendly NIKE+ FuelBand uses accelerometry to provide information about different activities through movement of the wrist via a LED dot matrix display.

Users set a daily goal of how active they want to be, and how much NikeFuel they want to achieve. The NIKE+ FuelBand displays a series of 20 LED lights that go from red-to-green as the user gets closer to their goal.

The FuelBand syncs with the Nike+ website through a built-in USB, or wirelessly through Bluetooth to a free iPhone app, to record activity and track progress every day. The app interface also provides encouragement and motivation as goals are achieved.

Available only in the US at this point in time, Nike are clearly building the hype around this release in a big way; producing only limited quantities of the Nike+ Fuelband, until it’s UK release on May 1st 2012 – RRP of £139.

What do you think to the Nike+ Fuelband?