Whilst there was no-bout smiles abound when Nike took over the mantel of Technical Supplier to the French National Football team in a deal worth 320m, there’s also a heady sense of responsibility, given adidas excellent track record with Les Bleus.

In their latest video, Nike show that they didn’t take that responsibility lightly when designing the new Nike France Home Shirt 2011-12.

Consulting with Laurent Blanc in the process, Nike wanted to create a kit infused with a sense of class, speed and attacking flair capturing the new Les Bleus supremo’s philosophy.

And have they done it? Well, Nike, Blanc and players like Malouda seem to think they have as the epic 9 minutes video demonstrates them crowing about the Oregon-based brand’s first stab at the classic blue French jersey. 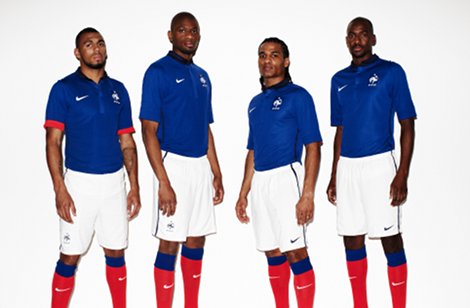 Given how it differs in template from any other Nike football shirt out there at the moment, we’ve got to hand it to Nike – they’re going all out to impress the French fans, and this kit oozes class.

Some of the features of the Nike France Home Shirt 2011-12 include:

A New Material – fusing Nike’s industry leading moisture-management materials with a cotton lining, the idea is that any player who pulls is on will feel the same level of comfort as their favourite T-Shirt, whilst the outer material will allow them to perform to the best of their abilities.

A New Crest – Rather than going for a busy, gold crest Nike have simplified things to accompany the classic look of the new shirt. Here Nike have opted for a clean, white crest incorporating the white Rooster and ‘FFF’ in a classic shield.

This is then thermally bonded to the shirt, with no stitching, resulting in a lightweight, comfortable way to show love for your country. 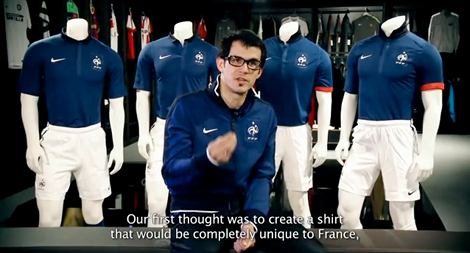 A New Way to Wear – How you wear your shirt instantly tells everyone that’s watching (be it 80,000 in a stadium or a man and his chien at the park)'  what sort of player you are and Nike have given France the a multitude of ways to wear the new Nike France Home Shirt 2011-12.

First, the Collar. Distinctly French in cut and feel, the buttons and feel of the fabric allow players to button up and collar down for a smart, proper look; or button down and pop that bad boy to stake their claim as the new King Eric.

Secondly, the sleeves. The French national kit has always been Red White & Blue, well here players can choose how much Red they want to display. Rolling up their sleeves reveals a bold, blood-red lining to the cuffs which really stands out on the pitch. Alternatively, the more understated player can keep the red hidden. 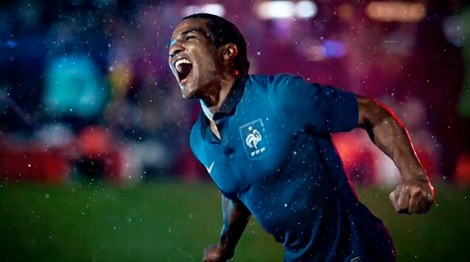 It’s an all-star Nike clash as two of the biggest – yet currently most under-performing – teams in world football clash horns in a big to kick-start their 2011 under new managers.

Oh. And rumour has it that Brazil might be sporting a new shirt too – stay tuned…

Is this a case of Nike learning from Umbro for a change? Drop your opinion and let us know!

Written By
Kyle Elliot
More from Kyle Elliot
Nike goes 'Inside the Pro' with the most talked-about player on the...
Read More