Get ready Nike fans, you’re in for a right treat! The hype around has been building and now Nike and Virgil have revealed their gorgeous collaboration. 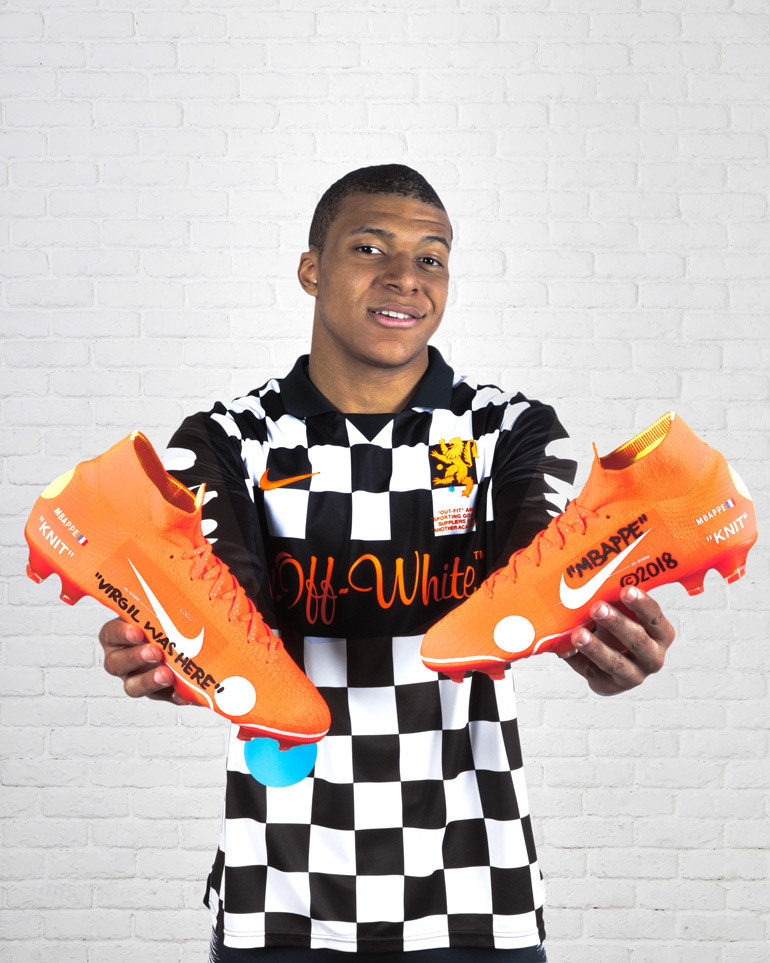 To Virgil, the Mercurial Footballs boots are the most exciting products on the market. His quick references to the high profile players wearing the boots, such as PSG Forward Kylian Mbappé – who has teamed up with Abloh and will wear these boots in the superfly version (exciting!), and is excited to leave his own stamp on the contemporary game with his take on the new Mercurial Vapor 360. 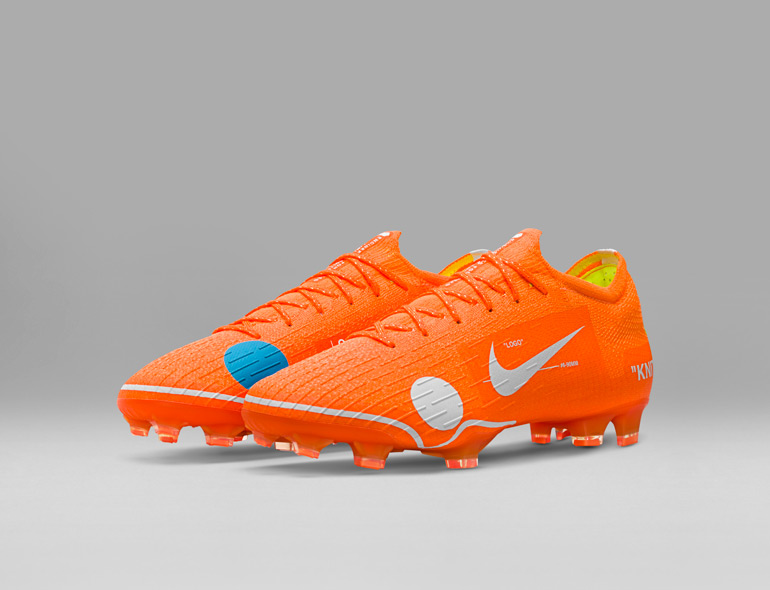 It’s not the first time the hypebeast OFF-WHITE designer, Virgil Abloh, has had a collab with Nike, with the new mens designer of Louis Vuitton showing off his talent to the world with ‘The Ten’ collection. Speaking about his excitement on his new Mercurial Vapor 360, Abloh said:

For this Mercurial, I was interested in bridging the gap between foot and eye coordination, All the dots on the boot represent an optimal place to strike the ball. 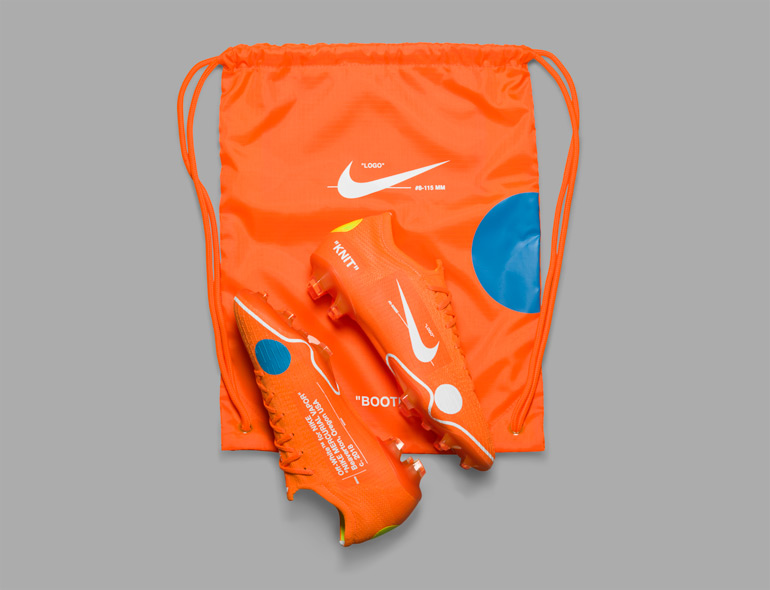 The design itself is similar to the OFF-WHITE Mercurial Vapor max. The vibrant colour of the orange holds the OFF-WHITE branding, with the circular graphics and text covering the upper.  The text across the boot features the word Knit , which is a well known feature in the OFF-WHITE collection. Nike and Abloh have added another section, with their own “LIMITED EDITION”  labelled beneath the tongue. The simplicity and clear labelling that we see so often in the OFF-WHITE collection works perfectly with these next gen stunners. I mean, seriously, these must be one of the hottest on the market right now. 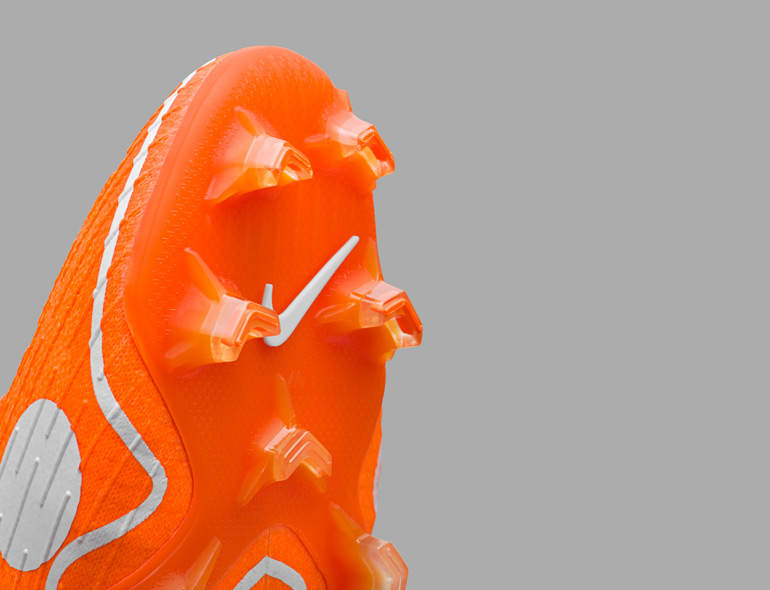 These boots keep the same tech specs as recent releases, with the fit being at the forefront of its technology. Since their initial release back in February, the Mercurial 360 Collection has gone strength to strength, with recent collabs coming from designer Kim Jones. Exciting times for Nike and fans alike, with a lot more exciting releases im sure, in the pipeline. Bravo Nike and Virgil Abloh.

Written By
Josharkon
More from Josharkon
New Balance releases the next-gen sleek Tekela V2, together with the fresh...
Read More