Mercurial Superfly 360 pays tribute to designer Kim Jones, bringing back his roots and his love for the Animals of Africa.

Jones blends his personals story to create an all-over animal print which is the perfect collaboration for the next generation specials. The stunning visuals have a much deeper story, with Kim Jones taking us back to his childhood travels and famous London-bred punk attitude. 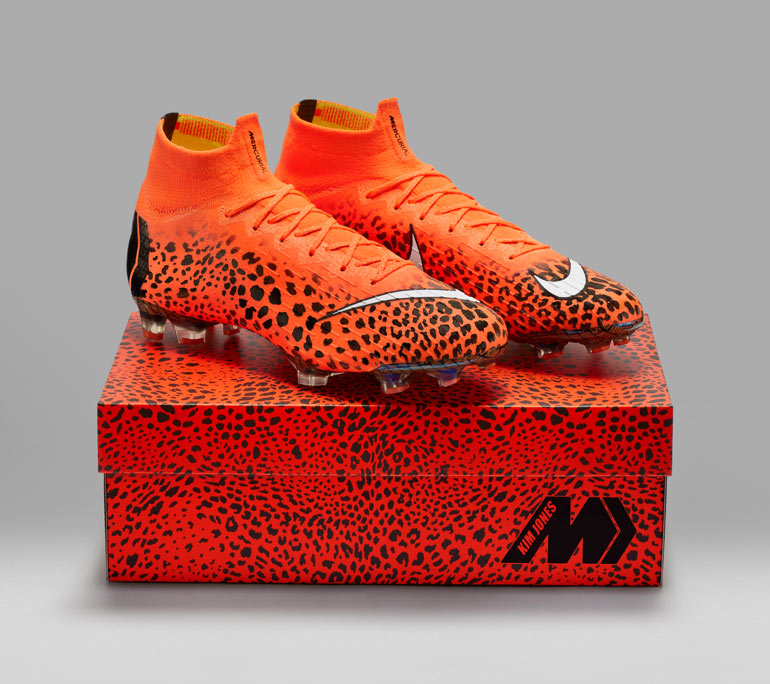 I grew up in Africa and have always admired the strength of animals, says designer Kim Jones

The boot also connects Jones’ beliefs in the power of sport and his overall excitement for innovative fabrics and materials.  He continues that Football gives young people a common goal and allows them to be a part of the community, connecting with the rest of their community in real like on the field rather than just digitally. This is something I think we can all relate too, especially back in the day when you had a tiny section of grass and your shoes or clothes as goal posts. 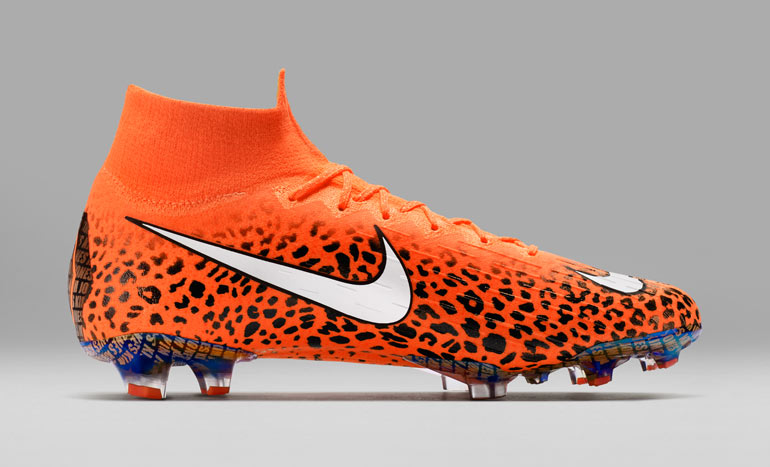 Nike next generation of Flyknit also attracted Jones to work on on-field product, with his main goal being a product that is super functional that the people want to own and wear. Going into the design itself, you can’t help but love it! The orange finish add the perfect contrast the the black Cheetah spots. These continue to wrap around the boot, with Nike adding Kim Jones letering to the rainbow coloured soleplate. These are those kind of boots that I would love to own but hate to get dirty, but i guess that’s just my OCD kicking in. 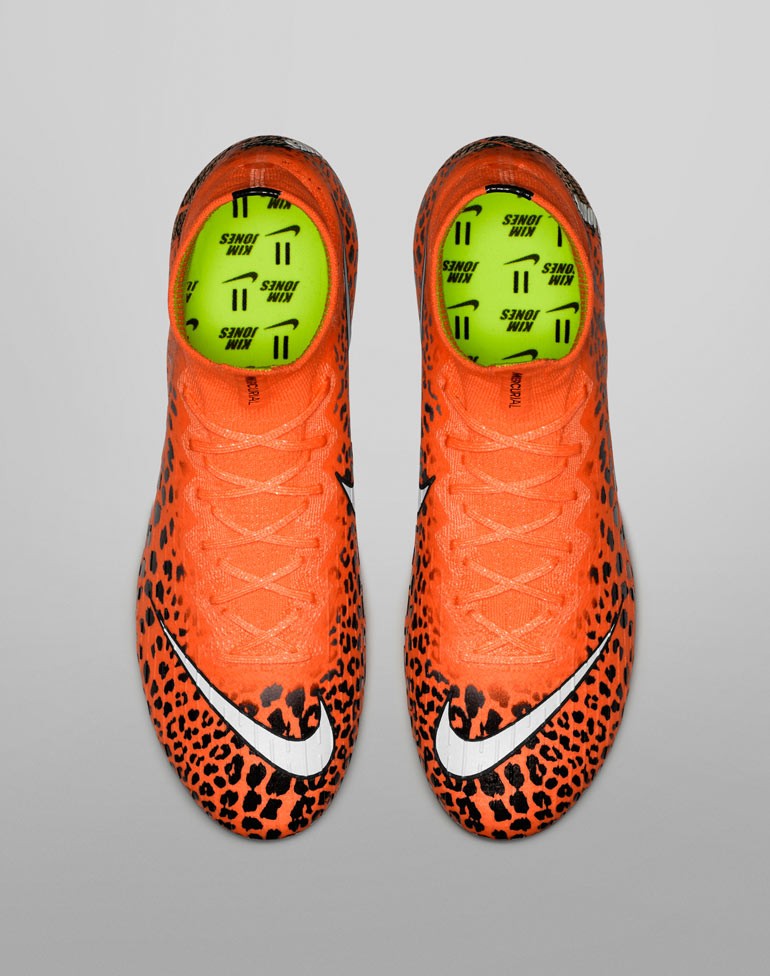 Cristiano Ronaldo is set to wear theese Mercurial Superfly 360 x Kim Jones against PSG on March 6, so all eyes on him during that one!. That same day, the boot will be available exclusively at Nike Store Paris Champs Elysees and on nike.com during halftime of the match. Updates and links will be added here as soon as they become available.

Written By
Josharkon
More from Josharkon
Manchester United bring back the bold graphic pattern of old with the...
Read More