The ‘Just Do It’ pack is set to take centre stage at this years Fifa World Cup, with the Hypervenom Phantom getting a stunning Volt infused overhaul.

The footballing world comes together in little over two weeks to scream at the tv, sing till their voices have gone and to urge their national side to victory. Each side will be preparing to compete for the most prestigious trophy in football and Nike have made sure the boots are up for the challenge. 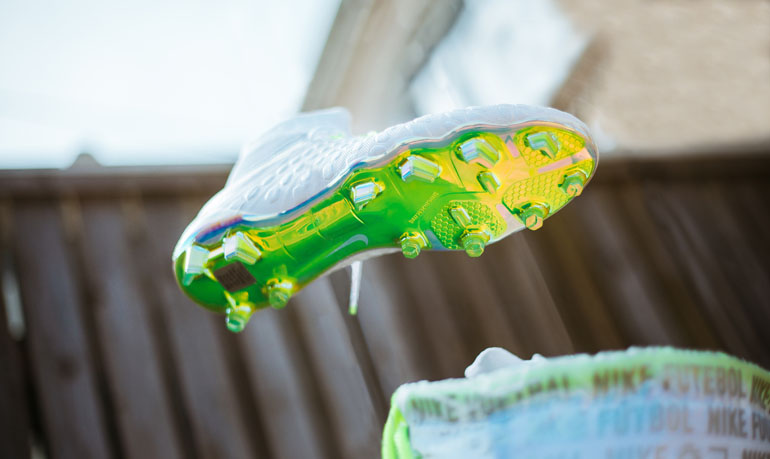 With their recent release of the ground breaking Next Gen boot sending fans into meltdown, Nike have once again proved top dogs in the market with their new ‘Just Do It’ pack. Leading with their strong Mercurial 360, the packs also features the other fan favourites, such as the Magista’s, Tiempo’s and of course, the Hypervenom Phantom Elite III. 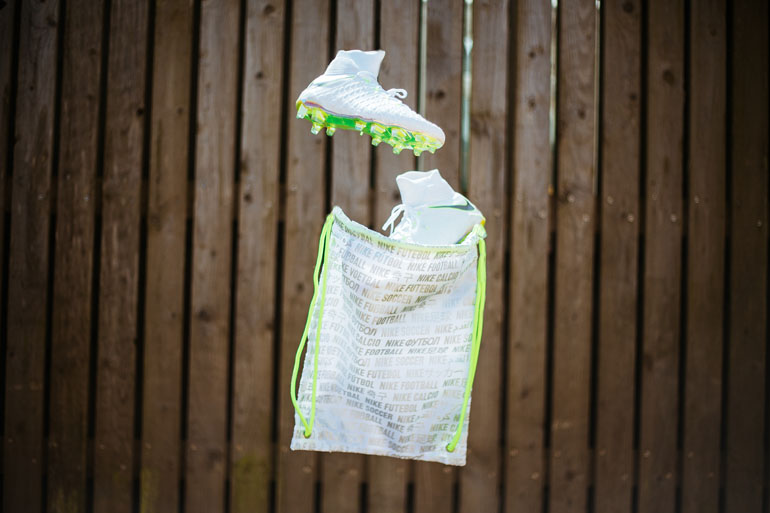 The striking Volt infused silo has a lot more to it than just a simple colour update. The pure white construction features 3m of Flyknit cables, packing 3 times as much as their previous releases, turning those hard to take chances into unstoppable finishes. Speed, comfort and control are part of every footballers game, which is why the new Hypervenom Phantom’s come built with multi-layerd Poron foam pads that turn rigid when impact is made, creating a fast acting strike zone and unbelievable comfort. 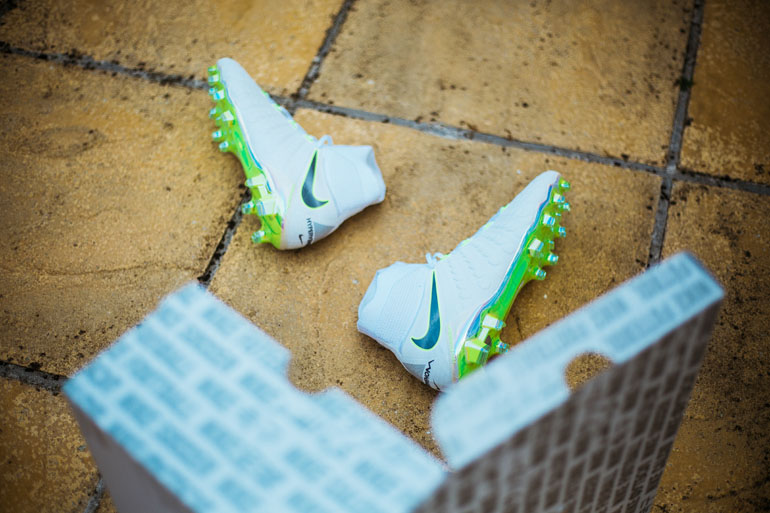 Creating style like no other, Nike have re-designed and re-shaped the plate. The stunning Chrome Volt colours now sits on a Hybrid Plate, enabling ultimate response for the forefoot and allowing you to play to your highest level. The fit comes in the shape of a Dynamic fit collar, technology engineered by Nike that brings the boot and leg together as one, almost like they are part of your leg forever. 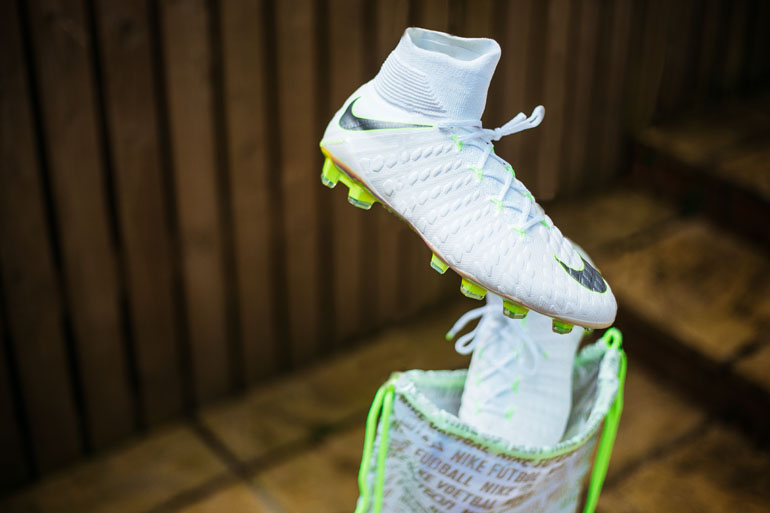 Featured on every heel counter is a triangle with 32 lines, each line representing the 32 countries taking part in the tournament. All Nike players will have the option of populating that triangle with a graphic representing their country’s flag is a bold display of national pride. A nice touch from Nike. Finishing off the excellent product is a very nice, unique packaging design. The shoebox has  the word ‘Nike Football’ printed in different languages, representing each country taking part in this years tournament.

I for one cannot wait to see these boots in action, especially if it results in a goal for England..or two. The Just Do It pack is available now.

Written By
Josharkon
More from Josharkon
Here's what NUFC will be donning as they attempt to get back...
Read More