As Brasil gear up to compete in a World Cup on home soil, Nike are getting their Brasilian clubs in the mood, too, by kitting them out in the same yellow as the National Team.

Rather than tampering with the iconic home colours of some of South American football’s most storied names,' Corinthians, Internacional, Santos, Coritiba and Bahia will all wear yellow third jerseys to celebrate football’s biggest party coming to Brasil. 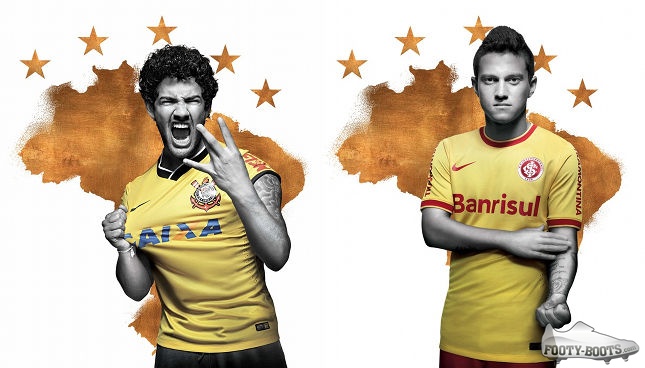 Corinthians and Internacional colors can be seen in their jerseys„collars and sleeves: for Corinthians, Nike designed a V-neck with black and white details, while Internacional's look has a red crew neck. 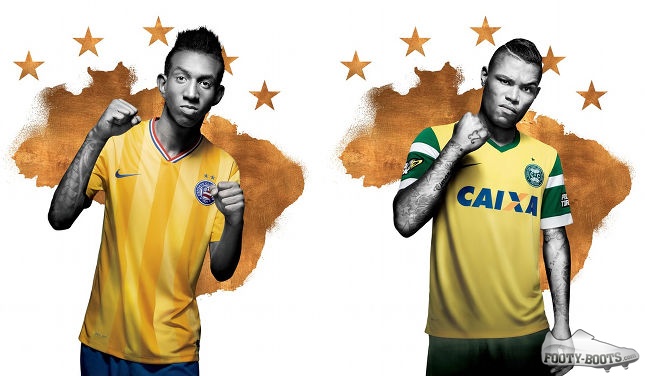 Coritiba's jersey has a green V-neck, and green and white detailing on both sleeves. The design for the Bahia uniform features stripes' in' alternating' shades of yellow. The club's traditional red, white and blue shades are highlighted in the V-neck. 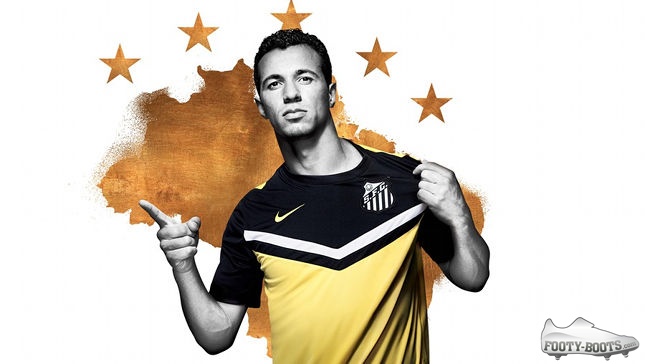 The third Santos jersey also sports a crew neck, with black on the top part of the jersey and on the sleeves, set apart from the yellow by a white V-shaped line.

On the inside, all five jerseys share the inscription Ĺ›Nascido pra jogar FutebolĹĄ (Ĺ›Born to play footballĹĄ). This motto, which has been used on all official jerseys for the Brasilian national team since 2010, will be shared by the five clubs in this World Cup year, aiming to both infuse the clubs with the same style as the National Team and unite five of Brasil’s premier clubs behind the SeleÄ‚§Ä‚Ĺo.

A top move by Nike, and largely unprecedented in the world of football, in our opinion it’s a great way to build up hype ahead of the summer.

What are your thoughts on these five kits?