It’s no secret that some of the world’s best players grew up on the futsal court – and chief amongst them is playmaker Andres Iniesta.

In this new video from Nike, the World Cup winner heads back to his hometown to revisit the futsal court where he learned to ply his trade.

Barca ace Iniesta explains that the tight quarters and frantic pace of a Spanish football game call for fast thinking and even faster feet to create awesome pieces of improvisation – something the midfielder still relies on in 11-a-side games today.

Iniesta is joined for the game by the' Barca Alusport Team (FCB’s futsal equivalent), a group of players the Spanish international wishes he could spend more time with:

“Futsal helps my ball control in tighter spaces – if I had more free time, I would like to train more with my colleagues on the futsal team.” 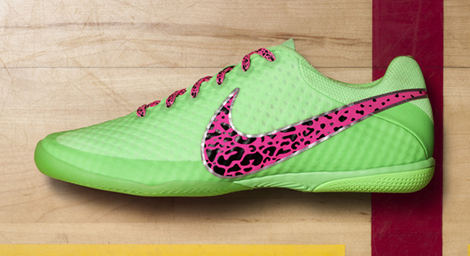 For this special game, Iniesta was outfitted in the new Nike Elastico Finale II' from the Nike FC247 collection. Perfectly equipped to deal with the frenetic pace of futsal, Iniesta gave the new shoe his seal of approval with a series of deft tricks and finishes you’ll see throughout the video.

Written By
Kyle Elliot
More from Kyle Elliot
Under Armour's signature speed boot gets a tune-up for 2012, and packs...
Read More