Nike and FC Barcelona today unveiled the new home kit for the 2014-15 season, uniting stars from the present first team and the future talent of the club as they look to next season and beyond.

From the famous La Masia, the home of FC Barcelona’s youth academy – to the iconic Camp Nou, FC Barcelona’s footballers are synonymous with a unique playing style and the philosophy of nurturing young talent to craft victory on the pitch. 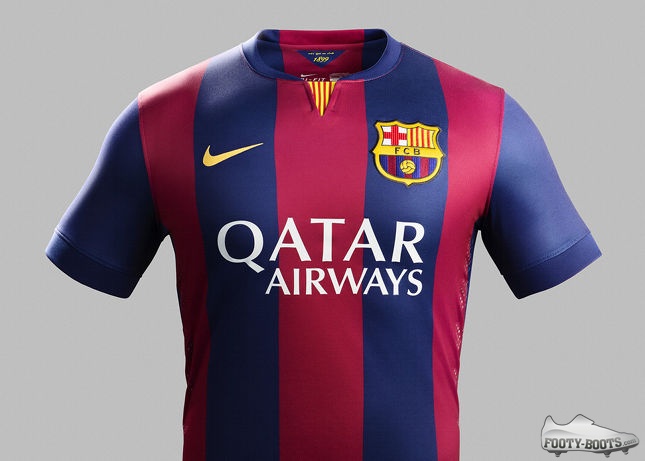 FC Barcelona B-team players Sergi Samper, Edgar and Jean Marie Dongou Tsafack joined established first-team members to unveil the new kit as the home strip celebrates the return of the Blaugrana for the 2014-15 season with a bold and classic look.

This distinct new design provides Barcelona fans with their most authentic and truest identity of the modern era. 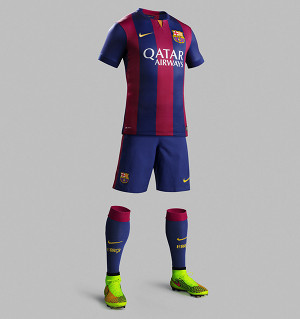 The home shirt features bolder and wider Barcelona stripes in darker tones of red and blue.

It also boasts a new crest, and a unique relaxed blue collar infused with Catalan pride, showcasing a Senyera flag in the open V-neck. It is the first time the Catalan flag has appeared on the front of the club’s shirt.

Inside the back of the neck is a blue pennant tab with Barcelona’s inspirational club motto: “Mes que un club” (More than a club) and their founding year of 1899. 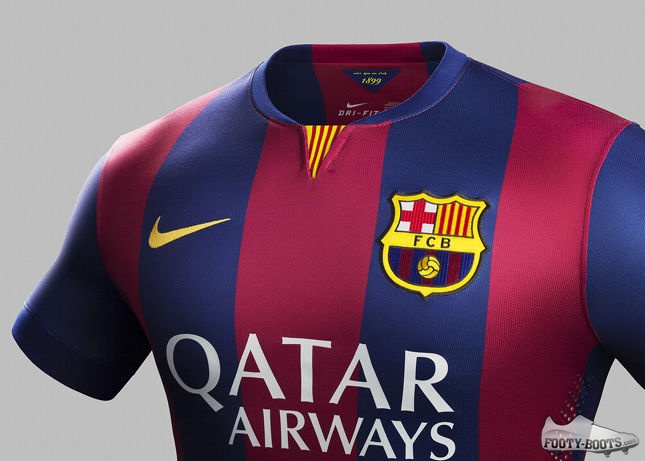 On the back of the neck is “Barca” in Senyera yellow, written in the club’s unique font.