This weekend Nike make their next big step into their partnership with the Football Association as they provide the match balls for the FA Cup for the first time.

Starting off with two great matches in the semi-finals,' with Millwall taking on Wigan Athletic and Chelsea set to do battle with Manchester City, Nike have' already' begun cementing their place as technical partner to The FA, and will be marking out Wembley as Nike territory after taking the reigns from Umbro.

Nike's partnership with The Football Association, announced in September 2012, includes the role as supporting partner of the FA Cup and this entails the supplying of match balls for every FA cup game for the duration of the agreement, starting this weekend. 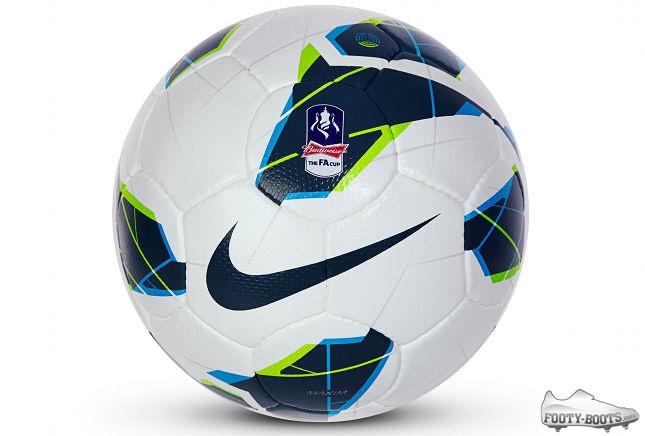 The same Maxim ball that has been so widely-loved in the Premer League this season, Nike’s FA Cup ball boasts the same performance innovations that offer superb responsiveness, touch and ball flight.

The Nike Maxim is enhanced with Nike RaDaR (Rapid Decision and Response) technology, a lab and field-tested standard of visual performance that allows players to see the ball better and helps them make split second, game changing decisions.

To maximize first touch and distribution, a five layer construction guarantees optimal first touch whilst a 360'° sweet spot provides a consistent response off the foot. Meanwhile the Geo II Balanced Technology, an aerodynamic textured casing, delivers an accurate and powerful strike, no matter where you hit the ball. 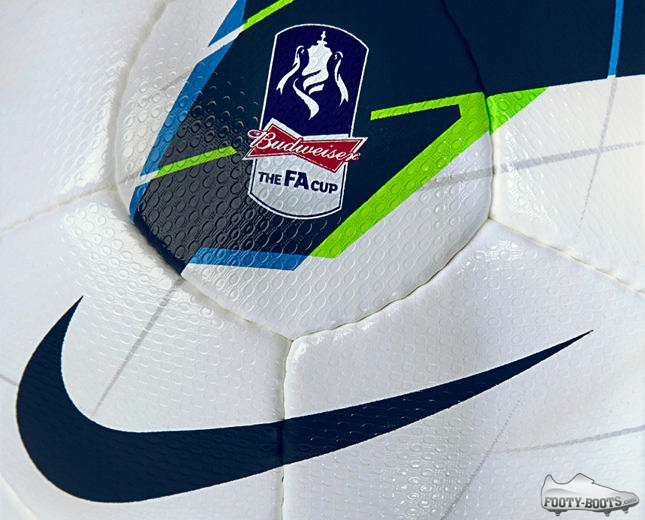 Keen fans of Nike footballs will note that the FA Cup Nike football is in a different colour scheme to the Premier League Maxim, instead coloured in Obsidian and Electric Green.

Nike said, Ĺ›We are proud to supply the Maxim to the FA Cup, the world's oldest football competition. Here at Nike we relish working with athletes of all levels, from grassroots to the elite, and so for us to supply technical equipment for every single round of the FA Cup, starting with the semi-finals this weekend, is particularly fitting.ĹĄ

Happy to see Nike supplying the FA Cup as they do the Premier League? Drop a comment and let us know!

Written By
Kyle Elliot
More from Kyle Elliot
One of the most hotly-anticipated kit releases ever finally lands as adidas...
Read More