It as been a long wait with anticipation reaching close to fever pitch, but finally, Nike have revealed the England Home Shirt 2013-14.

Picking up the baton from Umbro, Nike followed the Umbro ethos of keeping the kit clean and simple, but with a smattering of Nikes trademark technology. 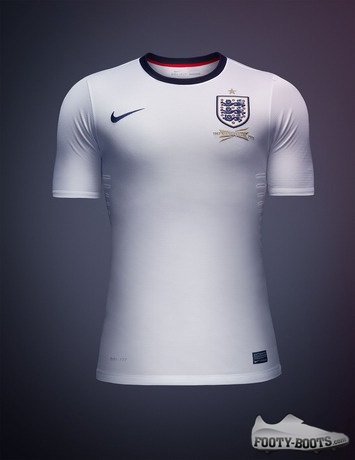 Clean, simple and stylish, Nike have obviously worked to' assuage' fan fears that the England Home Shirt 2013-14' would be made overly technical and complex.

The' shorts are entirely dark blue and the socks are white with a thin dark blue band' at the top. 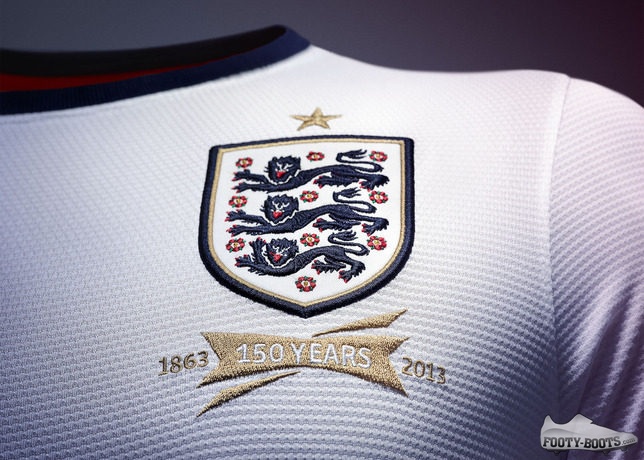 After an all-red makeover on Umbro’s final effort, the Three Lions on the Football Association crest are returned to their traditional white and navy blue faring, with the addition of the 150-year anniversary detailing added in gold. 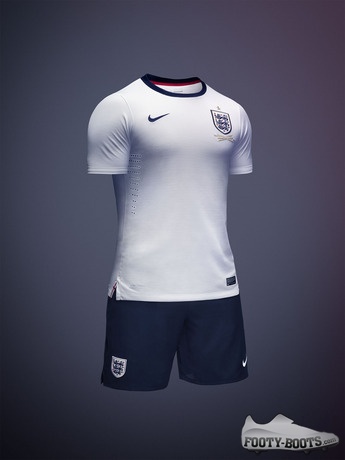 As with all Nike football shirts, the player level England Home Shirt 2013-14' will include T-bar enforced seams in the shoulder, laser-cut ventilation holes (subtly featuring the St George’s cross)' in the underarm and flat-seam stitching for ongoing comfort and breathability.

As part of Nike's ongoing commitment to their Better World initiative, each shirt and pair of shirts are made from recycled polyester – ' created from up to thirteen recycled plastic water bottles. 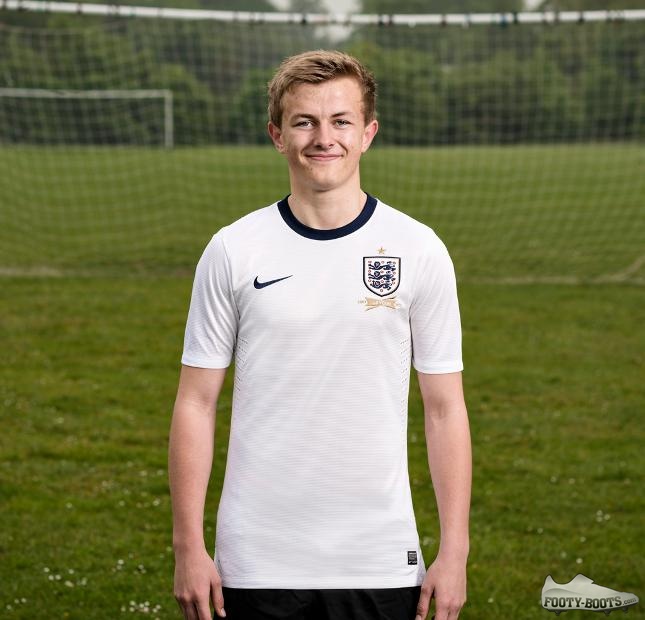 Nike also opted for a novel reveal of the England Home Shirt 2013-14. Rather than a glitzy, star-studded launch, Nike dispatched England international Jack Wilshire to find a youngster to be the first person to' publicly' wear the new kit.

Jack arrived to watch a football training session at The Priory School in Hitchin, Hertfordshire, before picking out student Jason Kelly to give him the new England home shirt to wear and reveal publicly for the first time.

Jack Wilshere, Steven Gerrard, Joe Hart, Theo Walcott and Wayne Rooney wear the new Nike England home kit 2013, set to debut against the Republic of Ireland on 29th May at Wembley. Inspired by the distinctive simplicity of England’s first kit, this is Nike’s most technologically advanced and environmentally friendly kit ever.

Already causing a stir – what do you think of the England Home Shirt 2013?