Nike created one of the biggest ‘must haves’ in football footwear this summer with the launch of Flyknit on the Magista Obra and Superfly IV – with the new high-top Dynamic Fit Collar being the technologies calling card.

Now, it’s no secret that we’re big fans of both of Nike’s latest football boots here on Footy-Boots.com, and when Nike announced they’d be bringing their new tech to the small sided game on the Elastico Superfly, we knew we’d want to get a piece of that.

Having got our feet into a pair this last week or so, we were equally eager to share some first impressions as there’s a little more to these shoes than simply being a turf version of the Superfly. 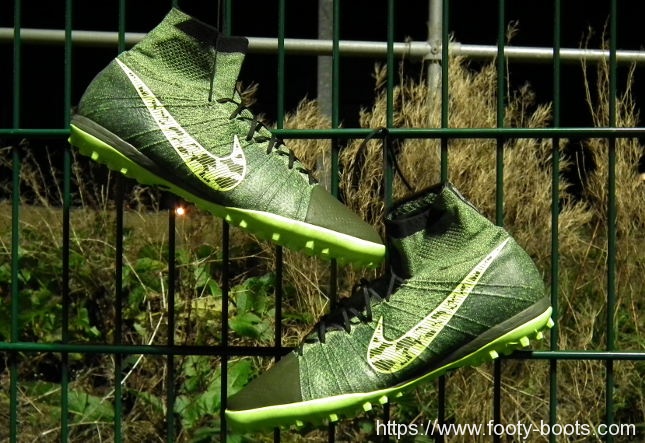 That’s not to say there’s not an awful lot similarities between the two shoes, especially in terms of features on the upper. The Flyknit structure of the Elastico Superfly hits all the sam beats as the latest Mercurial, with the Dynamic Fit Collar weaving it’s way down the shoe, remaining raw and uncovered under the laces whilst gaining more protection and waterproofing down the flanks and towards the sole.

Brio cables work with the lacing system in a suspension bridge style layout to allow the boot to be pulled nice and snug, something that we’ve found helps create a feeling of effortless control and lift on the ball.

Augmenting touch is the NikeSkin: a transparent layer of which covers just about everything below the Swoosh for water resistance and a waxy feel for added ball control, whilst a second layer is applied to the toe and instep – two high abrasion areas that Nike have sought to bolster. 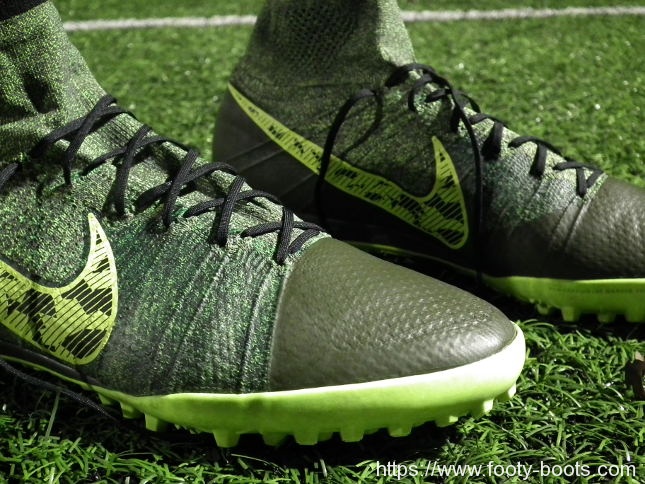 Thankfully, despite feeling rather plush to the touch, this added material is very thin and doesn’t effect that edited-down feel on the ball – so kudos to Nike for the material selection there as this is something that could have easily hampered the feel for the ball on the Elastico Superfly.

As for overall fit, this is another area in which the Elstico Superfly is very similar to it’s Mercurial cousin; you’ll see from the sole of the shoe that Nike have deliberately made this a very sleek, slimline shoe.

There is a fair bit of give thanks to the Flyknit,, we’d caution wider footed players as even our average feet cause the upper to spill over the soleplate a little – something that might become an area that would quickly see wear and tear depending on your shooting or running style.

As we all know, traction is important on a turf pitch, and Nike are looking to deliver something new here on the Elastico Superfly. Despite lacking the AG-style studs of the Bomba Finale II – our current favourite turf shoe – and the split toe of the last Elastico, there is a solid level of grip, even if we get the feeling that Nike are playing it a little safe with the design.

Thankfully, this consistent style of hexagonal stud is perfect for rolling your foot over the ball, giving a remarkable amount of feel for the ball thanks to it’s flexibility in the forefoot. 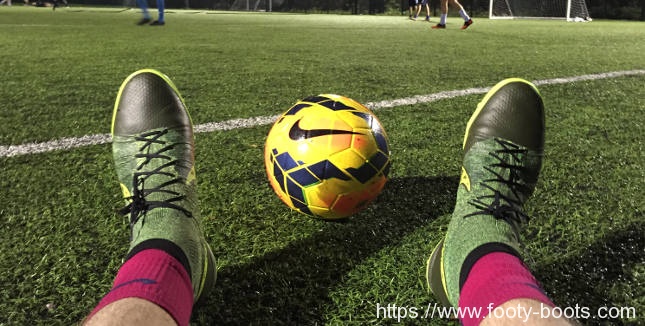 This is also thanks to a fairly unspectacular insole; whilst we might have expected to see some poron or other padding on such a premium Nike release, it seems the designers at the Swoosh were aiming to get players feet closer to the ground – which is something we can certainly appreciate.

All in all, the Nike Elastico Superfly is pretty much in a top-tier all of it’s own when it comes to shoes for the small-sided game thanks to a £125 price tag that tops pretty much everything else out there.

If you take your fives or sevens very seriously or perhaps don’t play eleven a side football, then Nike’s latest are pretty much as good as it gets. However, if you have any concerns over the sizing – which is valid as they are pretty particular – then you might be better suited look at the excellent Elastico Finale III for a more accommodating fit.