Nike are finishing off their stellar 2014 in style with the addition of a new Elastico Superfly to their range – but only for a limited time.

The Nike Elastico Superfly IC SE is the first of Nike’s small-sided shoes to feature the new shimmer effect we first saw on the new CR7 Superfly earlier in the year. 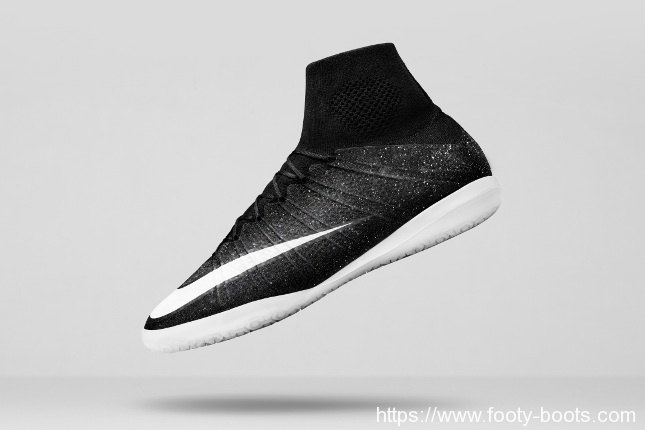 Exclusively on the IC – or Indoor Court – version, the Nike Elastico Supefly IC SE‘s shimmer looks pretty tidy on the all-black upper and white soleplate, if we do say so ourselves.

The Nike Swoosh is picked out in crisp White, too – with the larger branding on the toe offset by a smaller Swoosh on the instep. 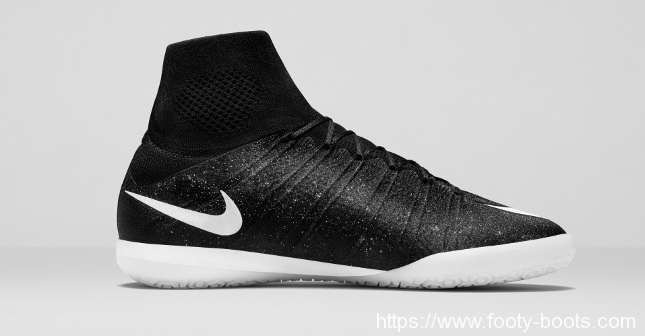 After dominating the conversation with their FlyKnit for football releases this summer (The Magista and Superfly, for the uninitiated) Nike quickly followed it up with the same tech for five-a-side and futsal.

The Nike Elastico Supefly IC uses the same Flyknit upper style with interwoven brio cables for a seamless, locked down fit and feel. 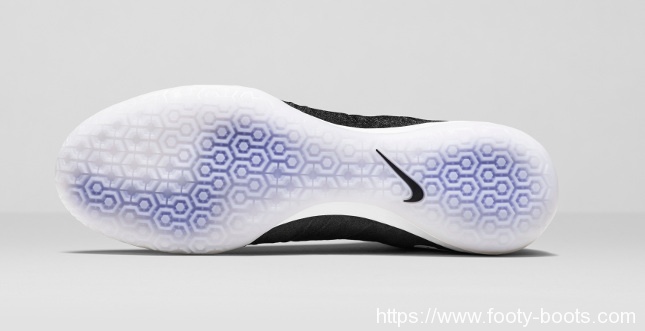 The traction system is entirely new to the Elastico IC, with a unique hexagonal pattern providing flexibility and grip, as well as feel for the ball – something futsal players know is crucial.

Available for a limited time on Nike.com for £140, what do you think of the Nike Elastico Supefly IC SE?

Written By
Kyle Elliot
More from Kyle Elliot
Find out how you could become a professional league footballer with Swindon...
Read More