Rounding out the latest barrage of Nike football boots is one of our favourites – the Nike CTR360 III – White / Total Crimson / Black. 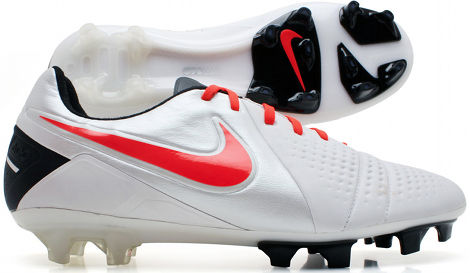 As they tend to do, Nike are supplementing the latest Maestri colourway (Fresh Mint / Neo Lime, for those wondering) with a little back up in the form of this absolutely killer Nike CTR360 III – White / Total Crimson / Black.

Reminding us a little of one of te very last T90 Laser III colourways, we’re thrilled that Nike have opted to bring back the classic White/Black/Red combo on the Maestri, as it really suits the boot. 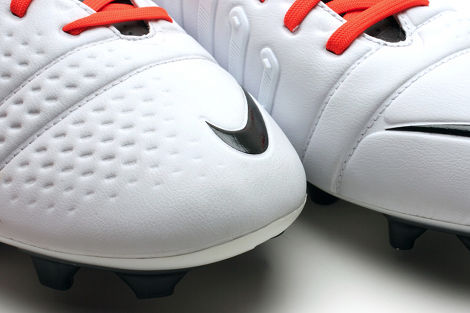 Previous colourways have always felt a little on the busy side thanks to that distinctive ‘split’ on the middle of the boot, but on the Nike CTR360 III – White / Total Crimson / Black, Nike have opted against the split leaving a continuous White boot that picks out key details and branding in Black and Total Crimson.

As great as this colourway is, don’t expect to see too many of the CTR360 III‘s many admirers in this colourway. For the time being, at least, Iniesta, Wilshire, Busquets and the like will all be wearing the ‘lead’ colourway, leaving this one for the fans. 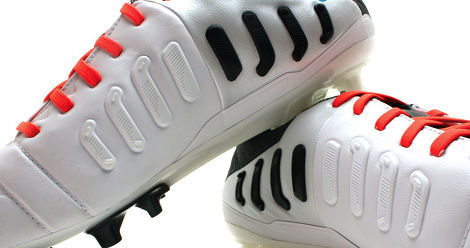 Speaking of fans, the Nike CTR360 III has plenty. Amateurs and top-flight players alike have adopted the Maestri as their football boots of choice thanks to it’s superb integration of technology and a focus on control.

Nike’s KangaLite II synthetic is used across the whole boot, and has been strategically creased and dimpled to offer incredible feel on the ball. The instep is home to the new 3D pass-pad, for perfect purchase on passes and through-balls. 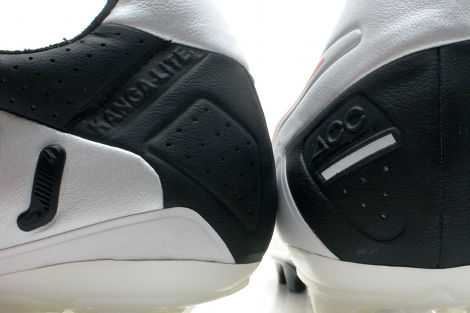 The CTR360 III also was the first boot to boast ACC – All Conditions Control – technology. Integrated directly into the upper, ACC ensures the boot is consistently frictional in wet or dry weather.

This improves feel on the ball in both the rain and sunny weather, leaving players with an assured touch on the ball.

The soleplate has also been reengineered on the third incarnation of the Maestri. The studs of the CTR360 III are uniquely shaped for easy maneuverability  in tight spots, whilst offering superior traction on firm ground

Three separate plates under the toes allow exceptional grip on the turf, whilst being flexible enough to meet the needs of even the most agile player.

Written By
Kyle Elliot
More from Kyle Elliot
It's subtle tweaks rather than wholesale changes for Manchester City, as Umbro...
Read More