After the rousing success of the launch CTR360 III colourways and the follow-up White / Green / Volt edition, Nike are brightening things up once more with the Nike CTR360 III – Citrus / White / Black!

Arguably one of the most popular boots on pitches across the world today, Nike have given the CTR360 III a colour scheme that’s sure to get it noticed.

The vivid Citrus / White / Black combo on the upper contrasts nicely, making the Citrus Orange pop even more – something that players who like their football boots to be noticed will be sure to appreciate. 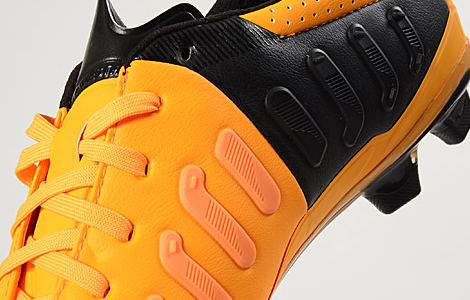 Whereas the Sonic Yellow colourway was practically hi-vis, the more muted Orange will probably look very similar on the pitch, whilst seeming a little more subdued up close. The use of the colours on the design will probably be viewed by many as ‘playing it safe’ on Nike’s part. 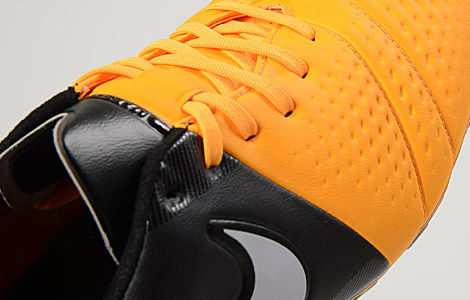 Whilst ACC – All Conditions Control – has now been rolled out across every other boot in the Nike stable, the Nike CTR360 III was the original Nike ACC  boot – something we found to be a great addition to latest Maestri in our review.

The soleplate has also been revamped on the CTR360 III. Nike has taken out the circular stud pattern under the ball of the foot (and the carbon fibre of the Elite) and designed whole new stud shapes for key areas of the foot.

The shorter studs in the front are designed to engage and disengage with the ground quicker for agile feet, whilst the heel studs are longer for stabilising the foot when making pinpoint passes.

Set to be worn by Andres Iniesta, Jack Wilshire, Jordan Henderson, Tom Cleverly and PH Ganso, the Nike CTR360 III – Citrus / White / Black is very much the one of the boots of choice for midfielders. 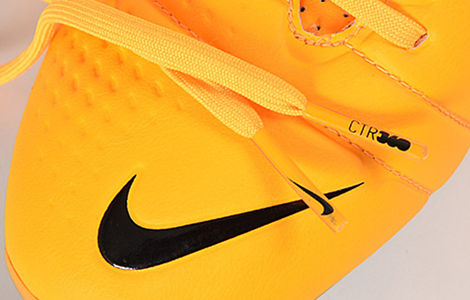 Written By
Kyle Elliot
More from Kyle Elliot
After your 90 minutes is over, get set for the next one...
Read More