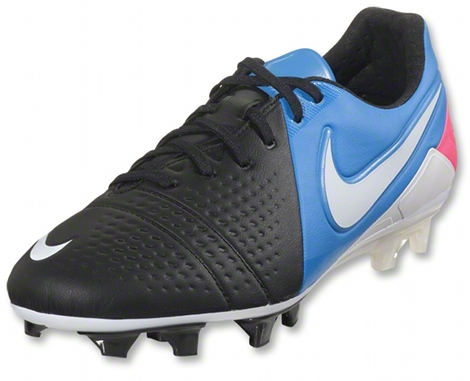 Sticking breaking out from the template set by the Sonic Yellow and Green/Volt colourways, Nike introduce a third ‘pop’ colour on this CTR360 III – adding a strip of pink from the heel to the ankle collar. 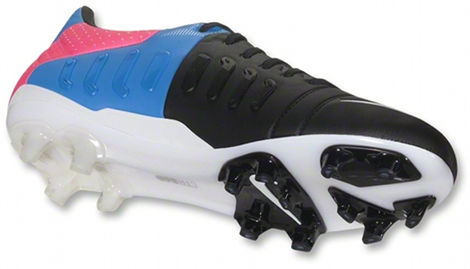 Whilst not a massive difference – the Black / Photo Blue combo follows the same ‘split’ as previous models – it’s certainly enough to make these a good point of difference to other releases.

Mix in the addition of a white trim around the bottom of the boot, and a contrasting off-white sole plate, and you’ve got what are easily the most visually-unique CTR360 Maestri III‘s yet.

A big step away from the template set out by the CTR360 I & II, the CTR360 III has capitalised on the success of it’s predecessors and brought a great new feature-set to the game.

The Kangalite 2.0 upper improves on what was already one of the most highly-praised synthetic materials on the market and adds Nike’s ACC – All Conditions Control – coating for superior year-round performance. 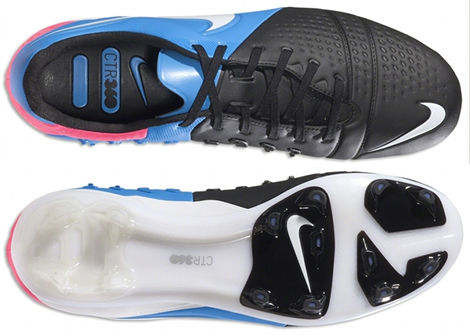 Nike have ditched the pass/control pads and touch ‘pods’ of the previous models, too, bringing in a new 3D instep for assured passing and a new ‘golf-ball’-esque texture on the forefoot for confident control to help dictate the pace of the game.

The soleplate is also completely revamped, with a mix of bladed and conical studs designed to help engage the ground more effectively and provide greater under-foot stability.

Written By
Kyle Elliot
More from Kyle Elliot
It was a Van-Tastic weekend to be a Gooner in the pick...
Read More