It’s been a little while since we broke out our binoculars and went boot-spotting, but if there’s one thing that gets us scouring pitches across the globe, it’s a new boot release; step forward the Nike CTR360 III. 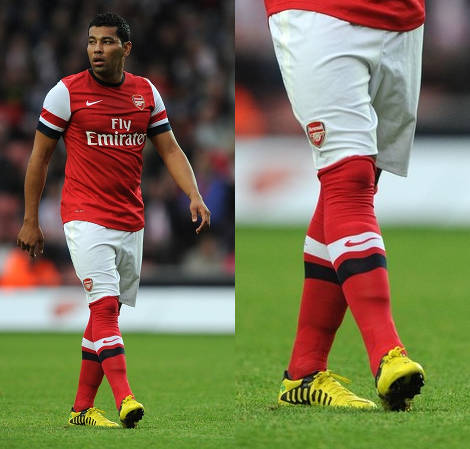 We’ve had a fair few handsome chaps posting up spots of the new Maestris on our Facebook page (‘sup, Dani & DDChile?) so we thought we’d cast our eyes across pre-season training to see who else was wearing Nike’s newest control boots.

Thanks to this bold Tour Yellow launch colourway, it definitely wasn’t too hard to spy the Nike CTR360 III on the feet of some long-time CTR wearers like Andre Santos and Mamadou Sakho. 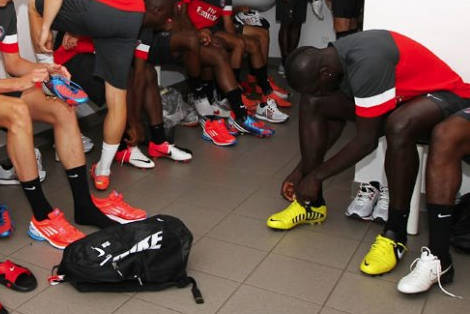 Contrasting with Black and Yellow detailing, the new CTR‘s create a striking visual identity on the pitch, reminding us of police ‘caution’ tape – befitting of the CTR’s M.O. of creating space.

Whilst the CTR360 I & II were separated by subtle changes and new colourways, it looks like the Nike CTR360 III is set to be a big shake-up for the beloved silo.

The instep zone looks to have ditched the ‘pass’ and ‘receive’ pads as we knew them, instead opting for an unusual pattern across the arch. 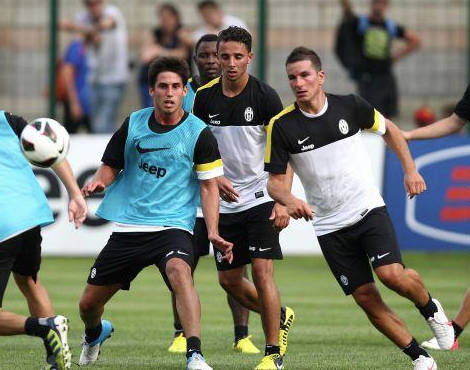 It’s also easy to see that there are no more ‘ dampening pods’ of KangaLite across the upper. Here’s hoping that Nike have integrated them into the toebox and cut of the boot, rather than cutting this great feature from the boot completely.

Additionally, the FG soleplate has also been the subject of a serious shake-up, boasting a more narrow stud shape, that seems to favour putting extra traction towards the tip of the toes. 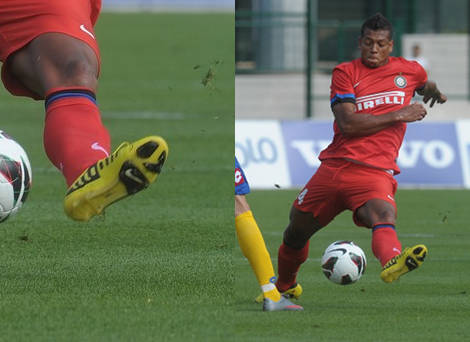 Whilst on the subject of soleplates, Nike are expected to confirm that the Nike CTR360 III won’t see an Elite version (despite being such a popular choice in Euro 2012) and will instead offer the SG-Pro plate that has really caught on for the Mercuial Vapor VIII.

Whilst we have no release date confirmed, expect to see plenty more CTR stars in the new Maestri III over pre-season, with an official reveal ahead of the 2012-13 European season.

What would you like to see the new CTR’s bring to the table?

Written By
Kyle Elliot
More from Kyle Elliot
See the football that Chelsea and Liverpool will use when they clash...
Read More