Never a boot to disappoint when it comes to colourways, we’re pleased to lift the curtain on the new Nike CTR360 II – Black / White / Orange. 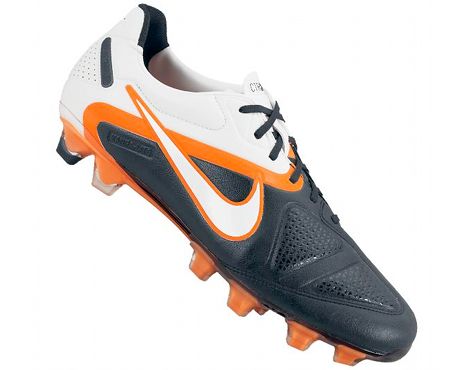 Long-regarded as one of – if not the – best football boots in Nike’s illustrious stable, the CTR360 II has seen it’s fair share of colourways since launching in  December 2010.

But as far as we remember, this is the first time we’ve seen orange grace the upper of the original ‘control’ cleat. 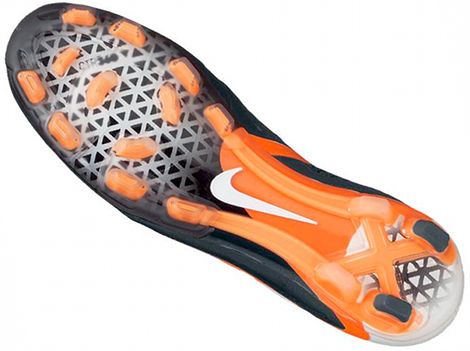 Designed in a markedly similar fashion to the Black / White / Red model we saw over the summer, we’re really feeling the summery flash of Orange through the classic Black & White design of the upper and sole.

Crafted from Nike’s signature KangaLite material, the CTR360 II is designed to keep a player lighter on their feet and in control, even in bad conditions.

The CTR incorporates dampening pods into key areas of the foot, helping to take the sting off of well-struck passes – whilst a dual Pass & Receive system on the instep gives you the perfect surface to ping passes and through-balls from. 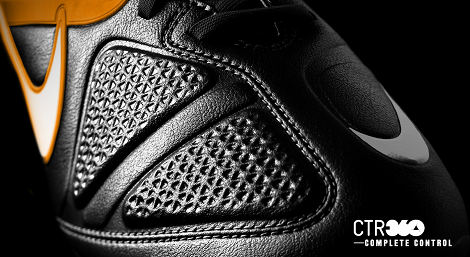 Set to feature on the feet of stars like Andres Iniesta, Mario Balotelli, Alex Song, Florent Malouda and many more, expect to see the Nike CTR360 II – Black / White / Orange on pitches this week, and in store from the 29th of March.