We love Nike’s virals for their football boots; From Torres challenging Rooney in 2009’s Laser III ad, to Zlatan’s ever-changing pitch for the Superfly'  II. For their first of 2011, Nike takes us into the heart of the midfield battle with Barcelona’s Andres Iniesta and the CTR360 II!


Using plenty of camera trickey, including eye-boggling fisheye lenses and headache inducing camera spins, Nike seamlessly changes the focus between Iniesta, the Ball and his CTR360 II‘s as he takes his skills from the training pitch and into the game.

Definitely reminiscent of the Guy Ritchie-directed ‘Take it to the Next Level’ first-person ad from 2008 and the glorious ‘Write the Future’ from 2010, this is Nike giving an artistic, hyper-real view of Iniesta and the CTR360 II, grounded in claustrophobic close-ups – probably to illustrate the cramped nature of today’s modern midfield.

As a bonus to the video, Nike have also hooked us up with a Q&A with the man himself – brace yourself for a candid look into the mind of a World Cup winner after the biggest year in his career! 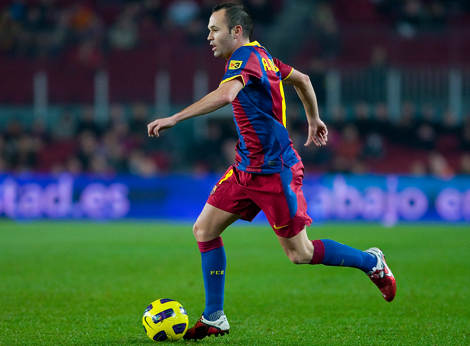 How are you enjoying the new CTR360 II Andres?

I like them – they give me great control on the ball and the confidence to create opportunities that unlock the opposition defence and ultimately win games.

Your 2010 will always be defined by winning the World Cup. And yet for a while it looked like you might not make it at all. You picked up an injury just before the tournament. Those must have been hard times.

Very hard. That last injury was the hardest moment of the year, maybe even of my career up until now. That was difficult to deal with: knowing that there was a World
Cup and that time was ticking '¦ I was lucky that it wasn˘€žËt quite as long-term an injury as we first feared and I was able to get there. I was worried: I wanted to play at the World Cup so much '¦

Did you think there was a genuine risk of not making it?

Yes, that˘ what I was afraid of. There were two months and a bit to go for the World Cup to start and the injury was an eight-week injury. It was very close and I knew that but I tried not to think about that. The only idea in my head was get ready and be there, to arrive in South Africa in the best possible shape.

I knew that I might not be in my best shape but I had to get as fit as I could and be as ready as humanly possible. I spoke to the coach, Vicente del Bosque. I spoke to Fernando Hierro, the sporting director at the Federation and I spoke to lots of other people there. They knew what stage I was at and their support was very important. They had faith in me making it.

What was their message?

You did make it '¦ but the World Cup didn˘€žËt start the way that anyone imagined.

No. We didn˘€žËt expect it; no one did. You have to start with a win and there had been so much expectation that it was a real shock to lose that opening game. Hard too. The good thing is that we were able to turn it round. It was difficult but of course it all ended in the best possible way. When you start with a defeat in the World Cup everything is harder: you can˘€žËt make any mistakes, you have to win every game, there˘ a lot of responsibility '¦

The pressure must have been intense.

I wouldn˘€žËt call it pressure but we had the responsibility of knowing that we couldn˘€žËt even draw a game. Normally, you win the first game and that takes the heat off. You can then go into each game relatively relaxed. Our situation was the opposite. We knew we had to get everything right. It was a pretty unusual position to find ourselves in, normally you have margin for error and we didn˘€žËt. But we responded well.

Was there a moment in the tournament when you thought: we can win this? With the penalty save against Paraguay perhaps? Or Puyol˘ header against Germany? Or did you never think so until it happened?

There were lots of moments, lots of turning points. We were on edge all the way through but we kept overcoming the obstacles. Against Chile, for example, in the first round, we had to win come what may. It was a hard world cup and there were moments – getting to the quarterfinals, reaching the semis, the saves, the goals '¦ We had been on edge, on the verge, all the way through.

Looking back there were so many moments that might have been turning points but at the time it didn˘€žËt feel like that. I think the feeling in everyone˘ mind was always the same. Yes, it was hard but I think we all felt that we could win the World Cup.

Tell us about your goal.

I can˘€žËt. It˘ impossible to express something like that '¦ it˘ unique. You live that moment but you can˘€žËt articulate what you feel or what you go through. If I told you
know what it was like, well, it would be pointless – it would bare no resemblance at all to what that moment was actually like. There were so many thoughts and emotions. It was incredible. It was impossible to imagine that everything would happen like that. I never imagined that I would ever have experienced what I did.

What were you thinking when the ball dropped to you? What went through your head?

When I got the pass I was thinking: I have to score. I know where I am going to put it, more or less. The panorama was clear. You know what˘ in front of you, your mind is clear: you˘€žËre focused on where you are, where the goal is '¦ and nothing else. I was still and I just waited for the ball to drop.

You were a very popular goalscorer. The whole of Spain likes you, even the Madrid fans.

Yes, I have always said that I feel very loved and respected by everyone. That˘ a genuinely special feeling; for people to show you that affection is perfect. That˘ almost more important than any of the titles.

I honestly don˘€žËt know why that is '¦ I feel that, I notice that. It˘ important that people value what you do, what you are and what you message you convey, your character as a person. I try to do my job, which is play football but if people like me too then so much the better. That makes me feel proud.

Does it really matter to you? Wouldn˘€žËt you rather win everything and have people hate you?

It does really matter, yes. It is genuinely important. Beyond footballers, we are people. The whole world is watching us; we˘€žËre the mirror in which lots of children look. What we do makes an impact on their lives and that is so, so important for them and for us. It matters to society Ĺ› especially for the kids who need role models. I care about that.

Does that create pressure, though? What if you kick someone or lose your head some time? Do you fear losing that goodwill?

One thing doesn˘€žËt necessarily undermine the other. A mistake doesn˘€žËt make you a bad person and I don˘€žËt feel particular pressure. It is just the way I am. There are moments when you can get it wrong, when you can overstep the mark or so something that people don˘€žËt like – just like any person in any job in the world or any person in any scenario at home or in work. Football is our job and we do get things wrong but that happens to all people.

Speaking of historic, in England we still talk in hushed tones about the 1966 World Cup Ĺ› 44 years later. Do you realise what you have achieved? Do you realise that in forty-four years time your goal will still be the goal?

I˘€žËm sure people will still be talking about it, even as the years go by. It˘ history, it forms part of the legend. That˘ a strange feeling but a very nice one too. To know that years will go by and Spain will always, always be amongst the teams that have won it that people will remember our team and what we did '¦

Heh heh, yes '¦ this World Cup will be there forever. I˘€žËm sure I˘€žËll enjoy talking about it and I˘€žËm sure people will remind me of it. Not just the fact that we won it but, with the passage of time, about what an achievement that is Ĺ› perhaps we need time for us all to realise how hard it was. 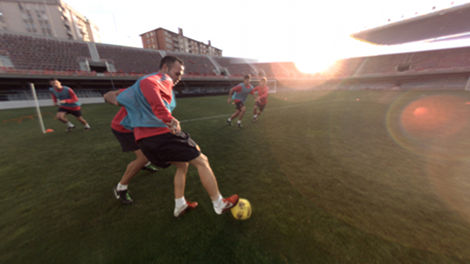 You won Euro2008 too. Is this Spain team an epoch defining side? Is it the best generation ever?

Well, it˘ a very good generation and that importance that winning those two titles has infused us with huge significance. Spain have always had very good players, but now success adds to that, giving this generation value.

If Spain have had good players in the past, why didn˘€žËt they win anything. What makes this generation different?

Who knows? I honestly don˘€žËt '¦ There are lots of factors I am sure. But, yes, it is true that it is a really great generation. In the past, Spain always got sent home early; not this time and that˘ got to be down, in part, to a great generation of players.

Can the same be said about Barcelona? Is this the best Barcelona team ever?

I don˘€žËt know yet. As years go by people will see and be able to make a judgement. I hope it is not over yet; I hope we can add to our case. We have spent the last few years winning titles and we have to keep doing that. One thing is for sure: we are playing very, very well.

And playing in a very specific, Barcelona way which sets you apart from other teams. Is this another type of football? Have you changed the game?

Not for us. We˘€žËre talking about a kind of football that we have always tried to play.

The difference now is that because we are winning things, our style has gained in respect and prestige. Barcelona have always been committed to this approach. Now, it is being recognised elsewhere too.

How important is Pep Guardiola in all this?

He is the key figure. He came along at exactly the moment we needed him and he˘ the reason we have achieved what we have. The coach is fundamental for us. He came
through La MasÄ‚­a, he knows us, understands us.

Our feelings are good. But they are the same as they have been from the very start. Our aim is to do the best we can and fight for everything. We are playing well, we have faith in what we˘€žËre doing and we˘€žËre hopeful.

Is there more to come from you personally?

Yes, much more. I feel very keen. I want to improve and keep on proving things. I want to keep winning.

This year˘ Champions League final is at Wembley, where The Dream team won the European Cup with Guardiola as a player. It˘ an almost mythical place for Barcelona. Winning it there would be pretty special wouldn˘€žËt it?

For more on the CTR360 II, make sure you check out our exclusive