It’s safe to say that Real Madrid’s Cristiano Ronaldo isn’t exactly a traditionalist when it comes to his footwear. 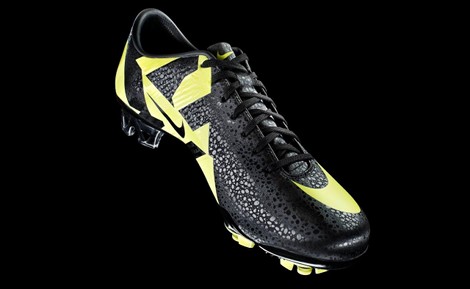 During his life-long association with Nike, the American brand has had the Portuguese superstar wearing football boots in colours including (but not limited to) Orange Peel, Lime, Cactus, Orion Blue, Pine Green, Windchill and Max Orange.

In fact, the Cristiano Ronaldo’s last pair of signature football boots with the American brand, the original Nike CR Safari, were an outlandish combination of an all-over leopard-skin print in black and white, with contrasting safety-vest orange Nike Branding. 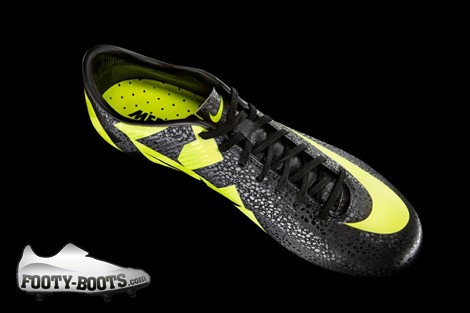 So it’s the ultimate statement, perhaps, to have La Liga’s top scorer don an all-black pair of football boots for the first ever time in his Madridista career.

The Nike CR Safari print has been reinvigorated on the second evolution of Cristiano Ronaldo˘ boot, wrapping the entire cleat and laces for a bold blacked-out effect, with a distinctive volt green geometric pattern on the heel and trademark swoosh wrapping the forefoot. 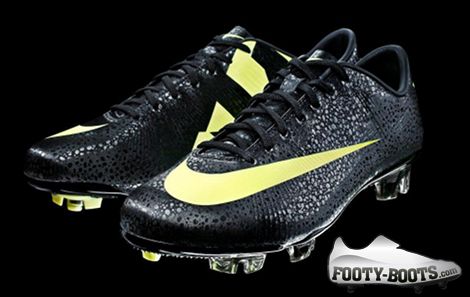 Other technologies afforded to the World’s Most Expensive Footballer ™ include adaptive NikeSENSE studs, that extend by up to 3mm to offer on-demand traction and Nike’s unique FlyWire built into the shoes upper. Inspired by suspension bridges, Nike claim that FlyWire brings the sole of the Nike CR Safari closer to the bottom of the player’s foot, for maximum stability and traction. 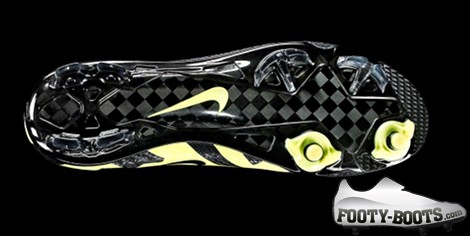 As a result, the boot delivers superb traction and responsiveness to ensure one of the fastest players in the world capitalizes on the tightest of scoring opportunities.

Never ones to miss a trick, Nike have given Ronaldo his new football boots just in time for the first of 4 El Classicos to tie up the season. With the League still technically in reach, The Copa Del Rey final to play for and a place in the Champions League final up for grabs, Real are going to need the talismanic Cristiano Ronaldo firing on all cylinders to beat Barcelona to the punch – and potentially – the treble. 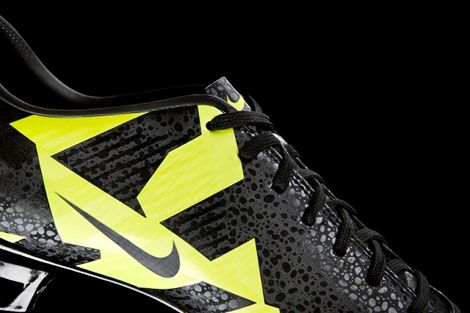 So, could Ronaldo trend-set for the rest of the footballing world, and bring around a revolution of all-black football boots with the Nike CR Safari?