As the countdown to Euro 2012 builds momentum and the scene is set for the biggest of football showdowns, Nike is introducing the Nike Clash Collection to celebrate what promises to be an exciting summer of football.

Some of the world’s best players including Cristiano Ronaldo, Andres Iniesta, Wayne Rooney and Gerard Pique will step out in this new collection of boots, deliver striking style and performance for this summer’s tournament.

The boots will be debuted by Nike players in Munich on 19 May. Then worn by national team players in Poland and the Ukraine and later in the summer during Euro 2012.

The Nike Clash Collection delivers performance engineering for every style of player. The individual boots are sparked by specific color finished with a white toe upper to create a distinctive yet common theme across the collection.

Each chosen color of the boots in the Nike Clash Collection reflects the expression and playing style of each boot, with Mercurial Vapor VIII featuring a solar red for explosive speed, CTR360 II blue glow for the assured midfielder, T90 Laser IV electric green for the deadly striker and Tiempo Legend IV black for effortless and classic style.

– Combines innovation and style with a seamless fit, touch and traction to beat defenders and capitalize on key moments
– Teijin Microfiber upper offers a sleeker, closer feel to the foot with a suede-like finish increasing ball control and touch
– Anatomic Last takes the fit of the boot to a new level of support and stability
– Unique plate construction incorporates two different pieces of glass fiber to increase flexibility and responsiveness 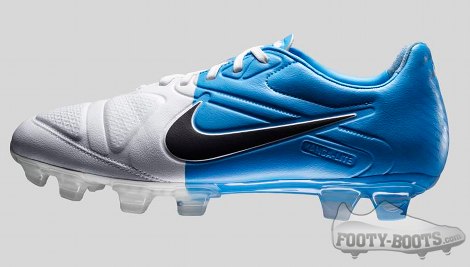 – 20% lighter than the T90 Laser III and featuring a streamlined silhouette for enhanced fit and feel
– Reconfigured shoot and swerve zones on the instep of the boot flex naturally as the foot connects with the ball, enhancing a cleaner strike
– Remodeled studs to maximize traction without increasing stud pressure for players
– Kangalite Upper 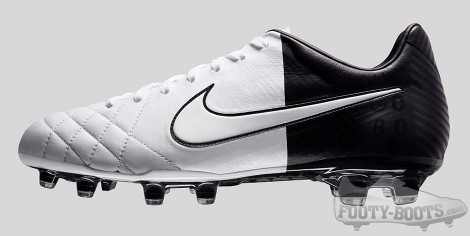 What do you think to the Nike Clash Collection football boots for Euro 2012?

A worth successor to the ‘Black Pack’ EC08 collection?