There are certain commemorative trinkets that would be better left un-made. Take the Royal Wedding for instance, it was a hotbed for tat. But a 19th Title for the Red Devils? Now there’s something that deserves a T-Shirt! 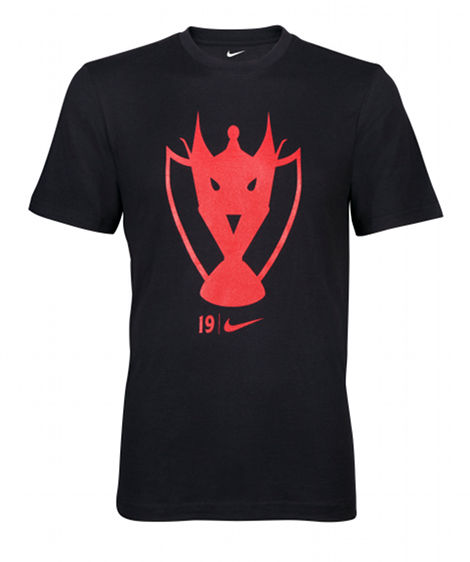 Or at least, that’s what the team at Nike thought, when they whipped up this classy number to celebrate SAF’s uncanny ability to win things.

Following Manchester United˘ triumphant weekend, Nike have produced a special edition T-shirt to mark the club˘ 19th title win. Having provided the best and most innovative products to United˘ playing squad, coaching staff and fans since 2002, this is the 11th major title that Nike have helped United to and that figure may rise as soon as the 28th May.

The 2010-11 Premier League victory makes United the most successful club in English football Ĺ› 11 FA Cups and 19 League titles is an unprecedented achievement and certainly one worth celebrating. 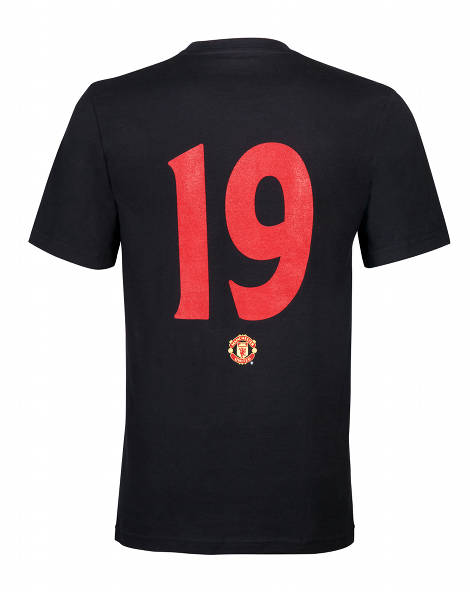 The idea is certainly a clever one, with the famous Red Devil’s face fused with the iconic silhouette of the Premier League Trophy to create a strong message that seems to be Manchester United’s way of saying to the trophy; “We Own You”. Typical Old Trafford attitude, along with “We score when we want” and all that nonsense!

If you’re interested in picking up a memento, click on either of the images above to be whisked to nikestore.com, where they’re exclusively available.

In case you can’t tell from the tone of the article – this Footy-Boots.com staffer will be avoiding doing exactly that!

Written By
Felipe
More from Felipe
See video footage of the post match brawl at Stamford Bridge, between...
Read More