It’s arguably the single most iconic shirt in world football, so Nike could be forgiven – if they launched the new Brazil Shirt for the 2013 Confederations Cup in some sort of wild, exotic manner.

But instead, they’re taking it back to the streets to inspired the next generation of Brazilian samba stars. 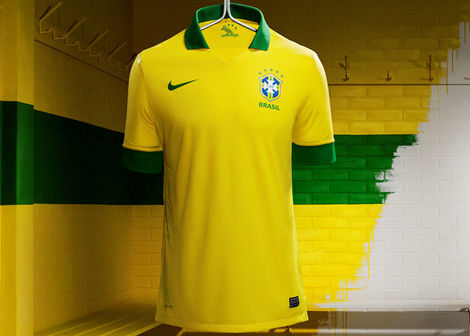 Against the spectacular backdrop of Rio de Janeiro’s Copacabana beach, Nike and Brazil star Neymar today unveiled the new Brazil home kit for 2013. The most storied national team kit in football was launched as a part of “Batalha das Quadras” (“Battle of the Court”), a competition for young players to play small-sided football on a variety of surfaces to sharpen their skills and celebrate the game.

The competition honors the unique heritage of Brazilian football where many of the world’s great players — including Ronaldo, Neymar and Ronaldinho — first honed their skills playing street football and small-sided games. 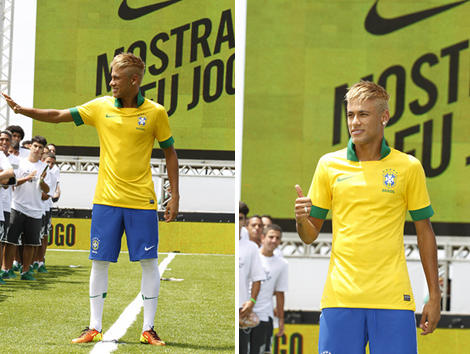 The new Brazil home kit features the classic colors of football’s most iconic shirt combined with design innovation, giving a nation obsessed with football everything they want from their famous jersey. The Brazilian kit is like a national flag; it symbolizes a nation. It must be understated, it must be pure and it must inspire.

“The people’s jersey” belongs to Brazilians, and Nike’s new kit reflects the passion and inspiration that the Seleção brings to the nation as a whole. The people demand that their team speaks for them and plays in a way that reflects the country’s natural rhythm.

“To wear the ‘amarelinha’ is the greatest honor for me and my teammates,” Neymar said. “Football is part of our lives in this country and the new Brazil kit is a classic design with all the technology that we need to perform.” 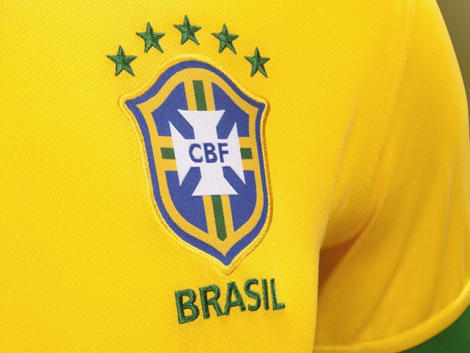 A modern classic, the kit has all the tradition linked to the iconic strip that has captured the imagination of the football world for so many decades.

The jersey has a classic rib collar in green with a V inset. Laser venting, bonded seams and hemline vents provide performance benefits for the modern player while the minimalistic, classic look of the jersey resonates with the traditions of Brazilian football.

The shorts are classic blue with bonded white strips along each side and venting to aid movement and an inner gusset to aid comfort. The socks are white with green trim with “Brazil” detail on each. 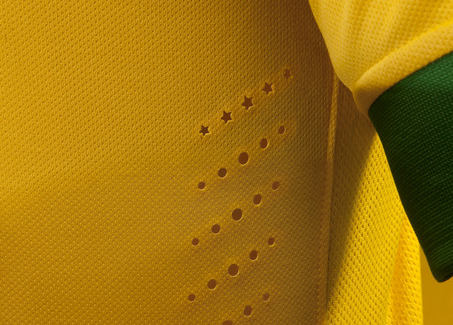 The kits are constructed using Nike Dri-FIT technology to wick moisture and are made out of 23 percent lighter fabric with 20 percent stronger knit structure than Nike’s previous kits. The shirts also feature laser-cut ventilation holes to promote localized cooling, to help regulate player temperatures during a match.

Thanks to DDChile & Mayur K for posting this up on our Facebook page!

Written By
Kyle Elliot
More from Kyle Elliot
Umbro kit out the Champions with an all-new kit for use at...
Read More