When Nike announced last month that it was ditching the long-loved Nike 5 moniker for something new in the Nike FC 247 brand, it’s fair to say it was a calculated risk from the American sports giant.

The Nike5 name has had a line of great small-sided boots, from the legendary T-5 to the LunarGato – so, will the latest range of footwear for everything but 11-a-side be as fondly remembered?

We pit one of the favourites of the last generation of Nike5 cleats against it’s successor in the Nike FC247 range – the Nike Bomba Finale II. 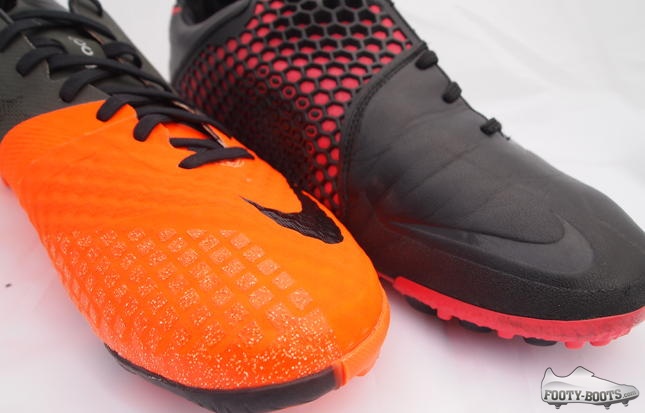 One of the key things people like about Nike football boots at the moment is their KangaLite material. Since debuting on the CTR360, Nike’s signature synthetic leather infiltrated the T90 Laser and Tiempo series, and even featured in the original Bomba Finale.

Rather than sticking with that tried-and-true method, the innovators at Nike have upped the ante with NikeSkin – an all new synthetic developed by the Swoosh for the FC247 range – ' to make up the forefoot of the Bomba Finale II. 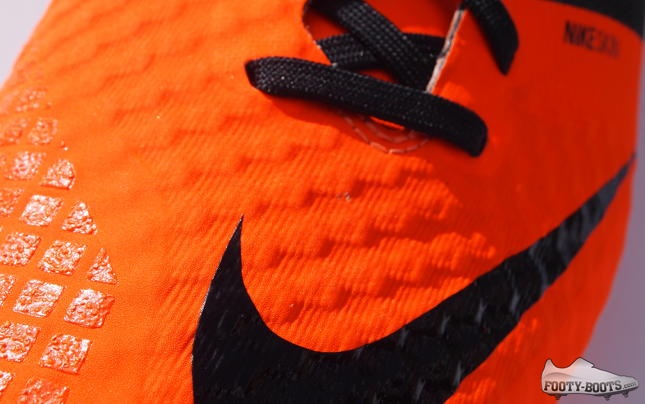 NikeSkin is absolutely one of the most curious uppers we’ve come across in our time; comprised of a honeycomb-like structure that is difficult to capture in photos, this synthetic is a huge' departure' from the leather-like material used on it’s predecessor.

Whereas the Bomba Finale was almost entirely one material, the NikeSkin on the ' Bomba Finale II' shares it’s duties with a performance mesh in the midfoot and heel.

A design move clearly inspired by the incredible Nike GS, this helps the ' Nike Bomba Finale II' weigh in at over 20g lighter than it’s predecessor. 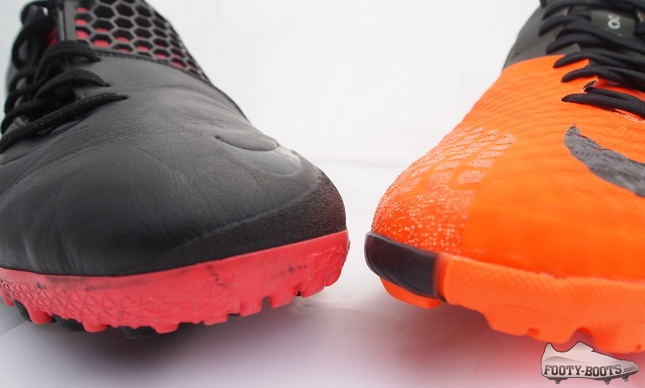 As is hopefully evident by their excellent condition after 18 months of use, the original Bomba Finale is as tough as nails.

Helped by the clever construction, the Nike5 Bomba used rigid plastic in the toes to prevent separation of outsole and upper.

The Nike Bomba Finale II' however, doesn’t have that same super-tough plastic in the toes, instead using two rubber composites in the tip of the outsole, and a highly-resistant toe-cap with a high-friction coating to the big-toe area. 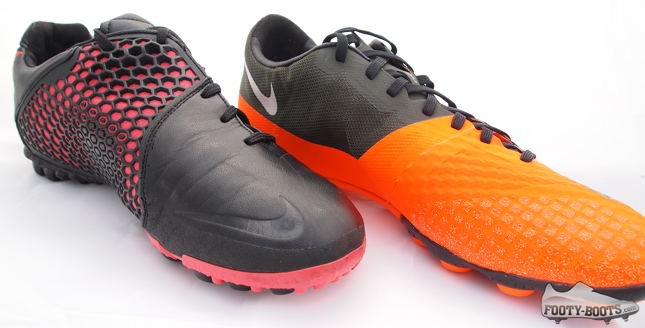 Heavily influenced by the instep-centric passing of the Nike CTR and the forefoot shooting of the Nike Laser, the original Bomba was all about keeping your shots and passes along the deck using a honeycomb instep and rigid strikezone.

There’s no such comforts on the Nike Bomba Finale II, though. The stripped-back instep is more akin to something like the Mercurial Vapor (or indeed the GS), so don’t expect much to assist your game, here. 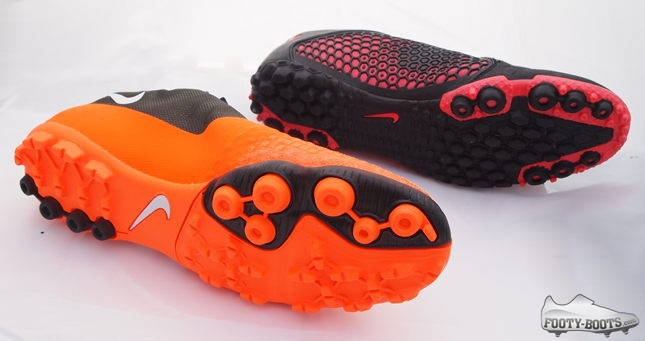 Both the Nike Bomba Finale II' and the Bomba Finale are built around the idea of merging a more traditional astroturf soleplate with ‘AG’ conical studs in areas that need the most traction.

We loved the' original' Bomba Finale’s soleplate during testing, and we’re hoping to see more of the same on the II’s.

Additionally, we’re curious to see how the ‘split’ toe works. Nike say the channel underneath the metatarsals is designed to offer re-enforcement where it’s needed and responsiveness everywhere else for control and' manoeuvrability' in tight spaces.

Whilst the original Bomba looked mean when it was released, the Nike Bomba Finale II' makes it look' positively' tame by comparison!

Possibly the single most aggressive-looking piece of footwear we’ve ever come across, the ' Bomba Finale II looks like it would break into your house, drink all your Stella and lamp your grandma with her own zimmer-frame if it could.

Interestingly, whilst it looks black/charcoal under just about every conceivable light, the mesh on the back of the Bomba II’s is actually ‘sequoia’ green upon very close inspection. Whilst barely detectable, it’s worth a mention incase some of you refuse to buy boots featuring colours named after trees. 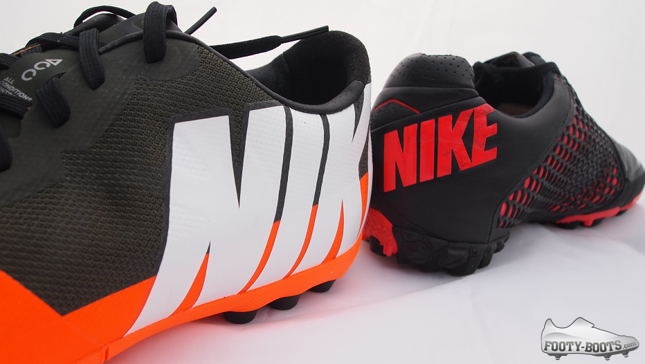 We’ve absolutely loved the Bomba Finale since it’s launch all that time ago – arguably one of the first fives shoes that actually felt like it packed the same technology as a ‘tier-one’ boot release, it is still a fantastic piece of footwear.

Which is why we think that Nike changed the game so drastically on the' Bomba Finale II. No longer all about power and control, the new Bombas are all about superb traction and ball-feel and showcasing Nike’s latest technology with a killer aesthetic.

Which Bomba do you prefer, and why?