After two years of being one of the most sought-after small-sided shoes on the market, the Bomba is back with the Nike Bomba Finale II – and this time it’s out to show that less it more.

Small-sided football has changed over the last few years or so; no-longer confined to labels like 5-a-side or futsal, 6 or 7 aside games can take place on super-modern surfaces on any night of the week – which is why Nike have rebranded Nike5 to' Nike FC247.

And leading the charge for' Nike FC247' is the' Nike Bomba Finale II' – the next evolution of Nike’s dedicated ‘Cage’ football shoe.

The previous Bomba was known for being a technical monster, with a shot-shield, pass-pad, specially-designed soleplate and much more. The' Nike Bomba Finale II, however, is proud to contain 27% less individual components than it’s predecessor.

The result is a softer, lighter and more flexible shoe that still embodies the spirit of it’s predecessor; teaming power and accuracy with improved traction and agility.

The hybrid nature of the previous Bomba is back on the' Finale II. Placed under the heel, ball of the foot and big toe, the traditionally ‘AG’ style conical studs are designed to aid in quick rotation.

The oblong studs are there for improved stability and grip in the turf – whilst also being low-profile enough to help with ball control. 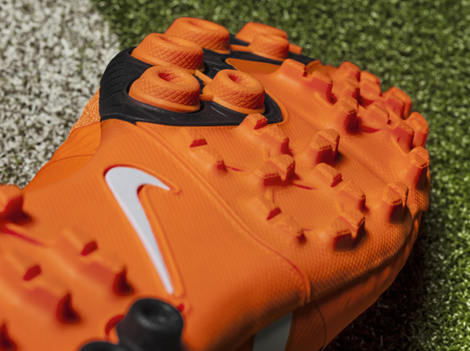 You’ll also notice a divide that runs between them; far from a design co-incidence, the Nike Bomba Finale II' uses this channel along the first metatarsal to provide a more responsive shoe, for tighter control in tough situations.

The upper is a new ‘NikeSkin’ technology. A name that will be familiar to old-school fns of the Mercurial Vapor, the Nike Bomba Finale II‘s NikeSkin fuses performance mesh for flexiblity and comfort, with the polyurethane ‘skin’ on the forefoot – a piece of tech that will remind many of the Nike GS. 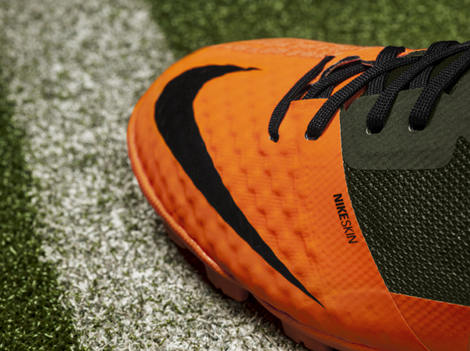 The whole boot is also coated in Nike’s ACC – All Conditions Control – technology, resulting in even ball friction and grip, regardless of the weather or surface.

The lacing is off-centred for a larger striking surface area; something that is augmented by the Nike Bomba Finale II‘s new low-profile, high-friction strikezone, for optimal contact on the ball. 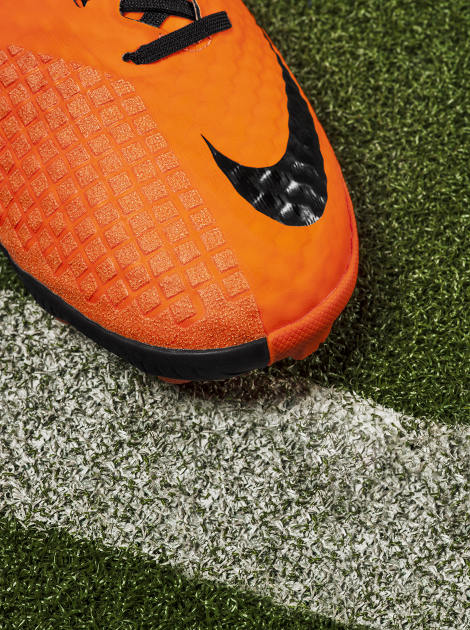 Despite being a full 10% lighter than the last Bomba, the Bomba Finale II' doesn’t skimp on the comfort, either. The EVA sockliner is an all-new shape for small-sided games, tweaked to stay low-profile whilst adding in the comfort on high-impact areas.

Similar to other high-end football boots on the market, the Bomba Finale II' also boasts an internal support band, to help lock the foot in place and reduce heel slippage, 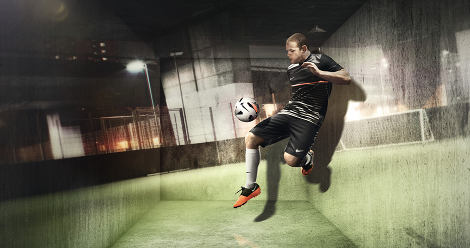 Launching later this month, expect the Nike Bomba Finale II' to pay around £80 for the top model.