Since the World Cup in 2010, Nike have been using recycled plastic bottles to create their club and national team shirts – but how have they upped their game for football’s next big showpiece; the 2012 UEFA European Championships?

Whilst we’re sure there are plenty of companies in the sporting world who would be happy to have one ‘eco-friendly’ tournament and be done with the concept, it’s staggering to see the extent to which Nike have taken their Considered Design initiative. 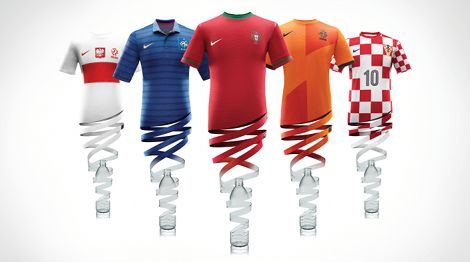 As well as finding ways to make their football shirts and kits lighter and cooler, the big Swoosh has also been actively looking for ways to increase the amount of recyclable material  used in each kit – with one of the headline additions this season being that the Shorts of every team Nike supplies now being woven from reclaimed bottles.

And now, under the banner of Nike’s ‘Better World’ program, Nike’s latest batch of shirts for European Championship contenders France, Portugal, Holland, Croatia and Poland (as well as new uniforms for Australia, the US and many more) are even ‘greener’ than their predecessors, thanks to the processes behind the reclamation – making them over 30% more energy-efficient to produce than a kit made of virgin cotton. 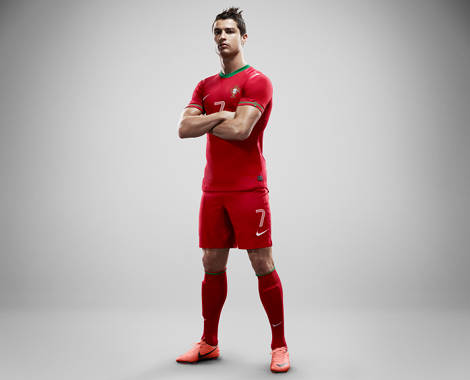 – Enough bottles recycled to reach halfway around the World, or 3 bottles per person living in Euro 2012 co-Host Nation Poland.

We’re wondering whether ‘Better World’ football boots are coming on the horizon from Nike – CTRecycled360, anyone?