As we footballers get over the (slight) disappointment that was the Nike FuelBand, one of Nike’s brand new releases in the world of Basketball gives us plenty to look forward to as their Nike+ technology comes to the fore like never before.

Whilst Nike+ has been a staple of Nike’s running range for the past five years, the reveal of a Basketball-specific Nike+ program marks the first time the technology has been brought specifically to a ‘team’ sport.

Introduced today on the new Nike Lunar Hyperdunk shoes, Nike’s latest hi-tops use a series of pressure sensors in the sole to gather performance metrics whilst an athlete plays.

This is a markedly different method to the accelerometer-based technology of the adidas miCoach Speed_CELL system, and allows Nike+ to measure each step that both feet make, as well as take-offs and landings to measure the height of jumps. 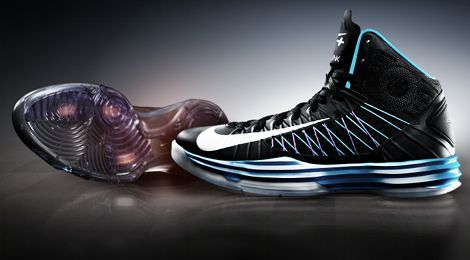 To tie-in to the Nike FuelBand, every second spent wearing the Nike Lunar Hyperdunk will translate into NikeFuel – Nike’s universal measure of physical activity – to make every training session a fun competition with your team-mates and Facebook friends.

All of the data collected by the Hyperdunk is then transferred wirelessly to the Nike+ app on your Android or iDevice, allowing you to instantly see what your stats are – as well as watch work-outs being performed by top athletes.

The release of the Nike Lunar Hyperdunk will no doubt be watched eagerly by those anticipating the first Nike+ football boots, as the benchmark has now been laid down for it’s entry into team sports.

A pressure-based system like the one built into the Hyperdunk would certainly prove to be a huge plus over the rival miCoach system, but might prove difficult to implement under the studs or blades of a football boot.

The addition of an iPhone app and wireless transfer are two features already seen on the miCoach, but Nike’s addition of athlete-endorsed video-workouts to train along with would slot in nicely alongside their existing NikeFootball+ program and give the Nike another advantage. 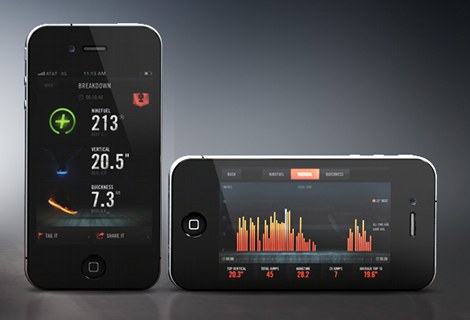 Either way, we’ll have to watch our Basketball-playing brethren with envy for at least a little while, as LeBron James will launch the Hyperdunk this summer – whilst a Nike+ Football system is still a ways away from completion.

In the mean time, we can only wonder what Nike are dreaming up for us footballers!

What features from Nike’s new Basketball shoes do you think would translate well to a football boot?

Written By
Kyle Elliot
More from Kyle Elliot
Set to be used under the floodlights of the Champions League from...
Read More