Nike have revealed the new Barcelona kit. The new Catalan side’s home strip for the 2015/16 season features hoops instead of their famous stripes for the first time in its 115 year history. 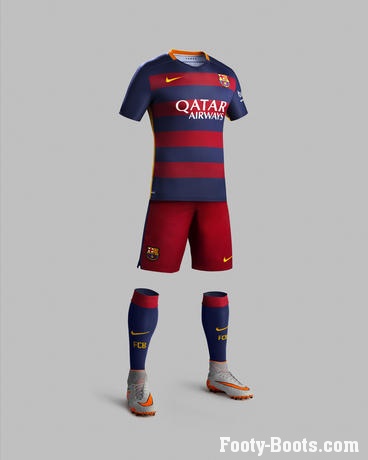 The Catalan’s stick with blue and scarlet as their primary colours, with a gold trim, but instead of vertical stripes, the homs shirt features horizontal stripes this time around.

Another slight change is the club’s shorts. They have been made to match the scarlet shade on the shirt, as oppose to the blue that has been seen in recent years.

Changing to hoops was a bold move for the club as fans dislike a change from tradition but when you have the likes of Messi, Suarez and Neymar up front, you can get away with a lot!

The away kit has also been revealed, with the club opting to return to the gold and red of the Catalan flag, just as they did a couple of years ago. 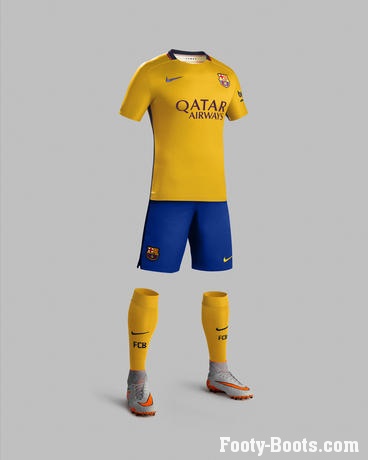 First Wear: During their pre-season tour of the USA 2015

Availability: On sale from Wednesday 27th May 2015

Written By
Ramsay
More from Ramsay
A new football boot from Nike is almost with us, get the...
Read More