By now, you and probably 70% of the global population will have seen Nike’s mind-blowing new ad ‘My Time is Now ‘.

And for those of you technically inclined individuals, you might have even found some of the hidden ‘tunnels’ in the YouTube version of the video – including the almost tragically-cool Nike Barbershop.

Set in some undoubtedly-cool BoHo district of Paris, the Nike Barbershop tunnel sees Mario Balotelli, Javier Pastore and Mamadou Sakho prepare for some pre-Euro 2012 styling with a fresh haircut.

First to take the chair is Manchester City’s Balotelli, who rather than asking for a Gent’s Cut & Finish, asks simply ‘To be remembered’. 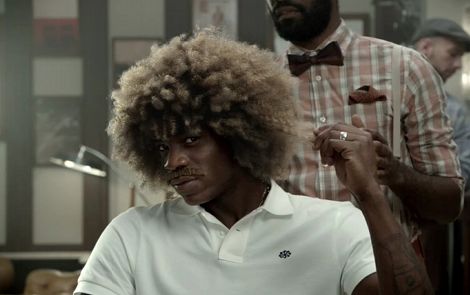 As this is no ordinary barbershop, the staff duly oblige, giving the Italian forward a variety of classy cuts, including styles made famous by Ronaldo, Carlos Valderrama and, erm, Chrissy Waddle.

All of these iconic do’s are met with disapproval from the fiery striker, before he takes a shine to an artisan mohawk.

Far from being an easter egg, though, the Nike Barbershop is actually taking on a life of it’s own over summer. 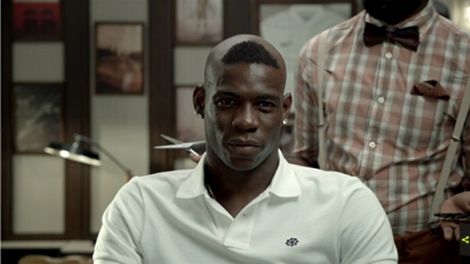 Launching today, a Nike Barbershop App enables viewers to emulate their heroes’ hairdo by trying out ten famous footballers iconic styles and sharing them with friends. Choosing from “The Neymar”, “The Sakho” and “The Ramos” among others.

As well as being a fun app, the best submissions will also get the chance to visit one of six physical Nike Barbershop locations in Buenos Aires, Madrid, Mexico City, Milan and Paris where the latest styles can be fixed for real. A pop up Nike Barbershop will also be featured in Warsaw during Europe’s major football tournament this summer.

So whether you fancy Sergio Ramos’ long, luscious locks or Neymar’s Rufio-inspired barnet – hit up Nike Football on Facebook to take your chair in the Nike Barbershop.