Making it to 100 caps for your country is a massive achievement for any player, and Nike are celebrating one of their own reaching that milestone tonight as Ashley Cole will make his 100th appearance for England. 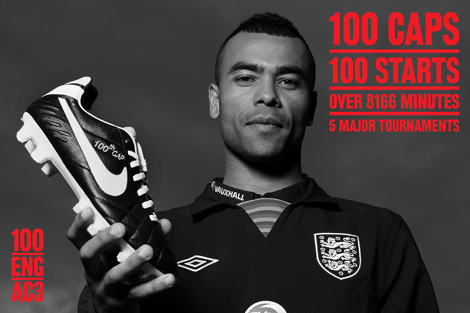 Confirmed by Three Lions boss Roy Hodgson to start the game, Ashley Cole follows on from Steven Gerrard’s 100th cap last year and will himself become a centurion against Brazil at Wembley tonight. 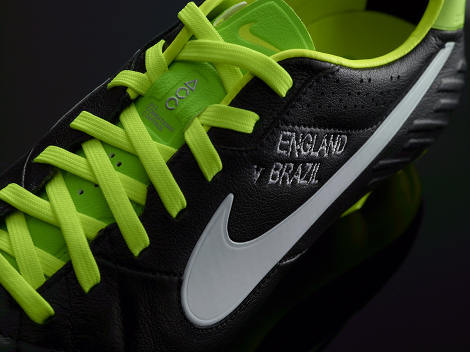 Having started every single one of his 100 games for England, Cole is widely-regarded as one of the very best left-backs in the world. And despite stiff competition from the likes of Leighton Baines, the Chelsea star continues to impress at the very highest level.

Stepping out tonight against Brazil will be  – what Ashley himself describes as – “a very proud moment” for himself and his family and Nike are looking to add to the occasion with this very special pair of Tiempo Legend IV’s. 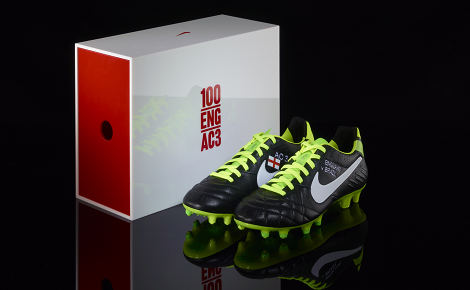 Styled in the latest Black / White / Electric Green colourway, cole’s boots feature a bespoke embroidery on both the instep and outstep, with Cole’s initials and number next to the St. George’s cross on the instep and the match detail’s on the outstep. 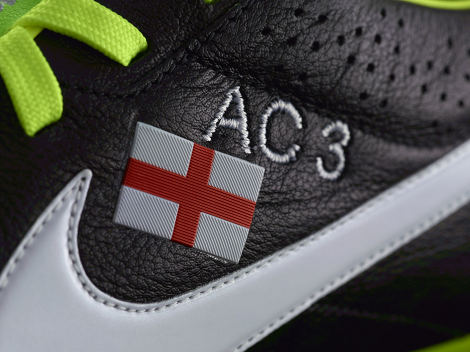 Delivered to Cole on Monday at England’s St. George’s Park training complex, Cole’s boots were handed over in a special presentation box, just to add to the sense of the occasion! 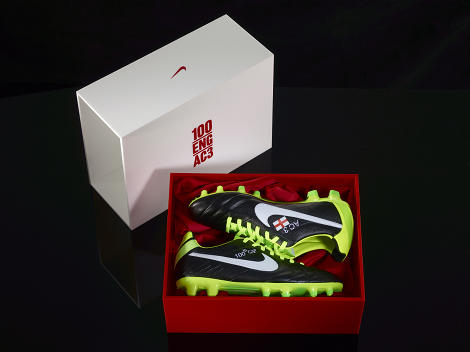 With a record of 100 starts in 100 games Cole has clearly proven himself a stonewall part of the England set-up, and we hope he can break his scoring duck for England against Brazil tonight!