AS Roma kit is a reimagination of a ’90s club classic.

The shirt features a dark blue body with all-over patterns made of rows of circles containing either the “ASR” typography from the classic Roma crest or the “Lupetto” (wolf’s head), another powerful club symbol. 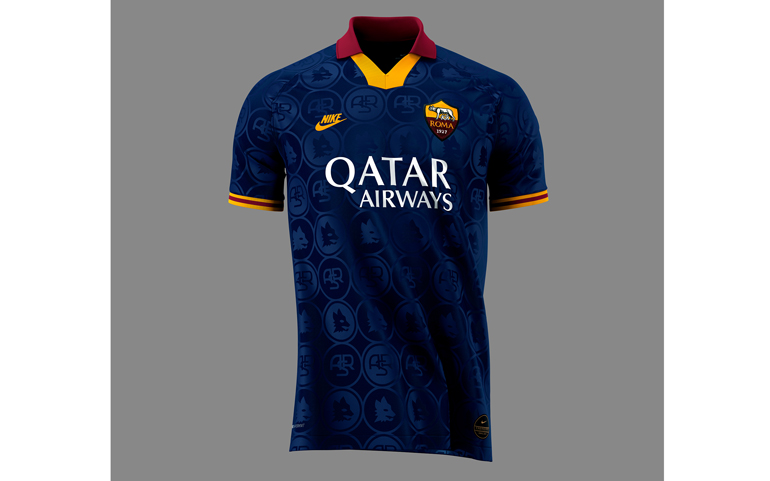 A vivid Giallorossi trim, which covers the collar and the cuffing of both sleeves, the Nike Futura logo in yellow and the main sponsor Qatar Airways in the middle of the shirt in white.

Dark blue shorts and socks, both of which feature Giallorossi detailing and a Nike Futura logo, complete the kit.

AS Roma will debut the third kit in European competition September 19.

AS Roma new home kit kept the traditional stylish red colour but is decorated by a dynamic lightning bolt detail across the shirt’s collar and sleeves. The symbol is associated with the Roman god of the sky, Jupiter, and lights up the home and away kit. 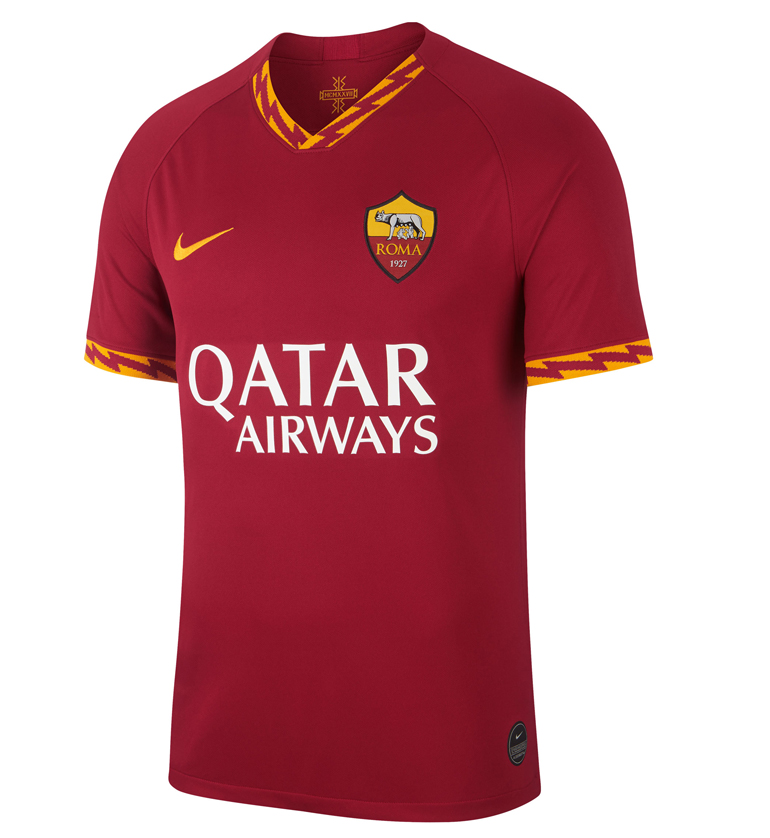 The head to toe look is completed by white shorts and red socks. The socks also feature a lightning bolt, alongside a Nike swoosh and the words ‘AS ROMA’.

The AS Roma 2019-20 away kit is inspired by Jupiter, the Roman God of the Sky and his weapon of choice when protecting Romans in battle. Very strong lightning bolt symbol going from left shoulder to the right hip with shades of crimson and orange. 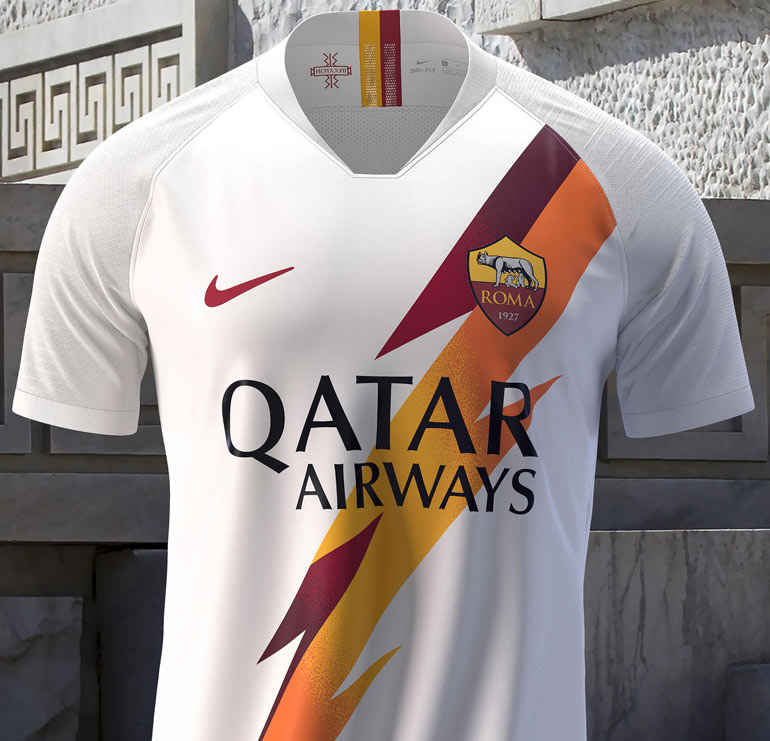 Qatar Airways displaying in the middle front side as the main sponsor until the end of the 2020-21 season. Hyundai stamped in the middle of the lower back.

AS Roma away kit is completed by crimson shorts and white socks, which feature a yellow lightning bolt detail as well as Nike swoosh and the words “AS Roma” midway up the shin.