For the second successive year, Nike supply the new Monaco home kit and this year sees the addition of gold and a change on the shirt collar. 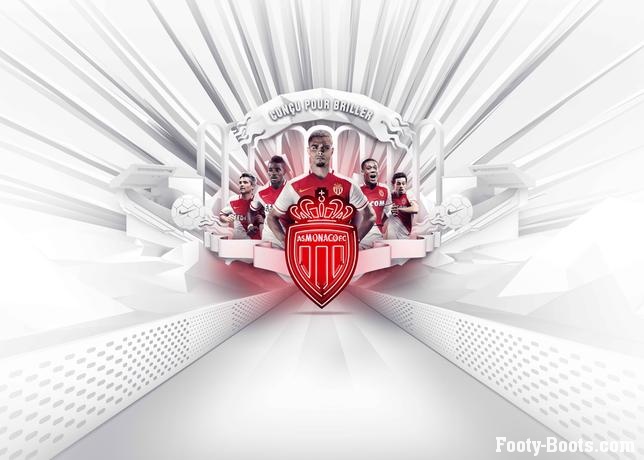 For 2015-2016, Monaco celebrates the club’s prestige and elegance with a mix of traditional and modern styling. 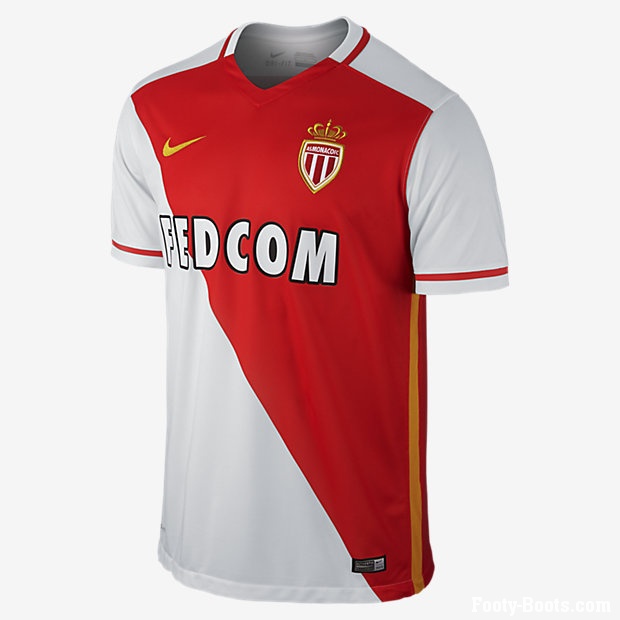 The Monaco red and white diagonals are present on the shirt front as you would expect, but have been subtly updated with gold detail and feature a V-neck collar this time around. 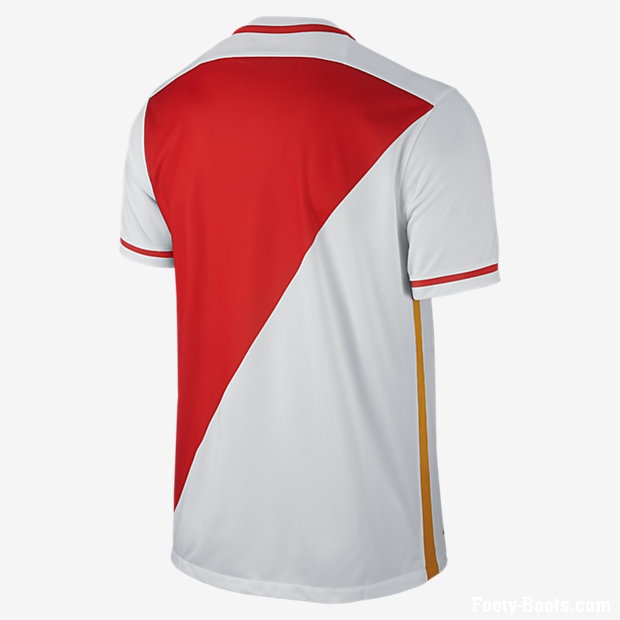 Under the arms, through to the bottom of the shorts is a gold stripe which ties in with the Nike swoosh on the chest and the border around the club crest. 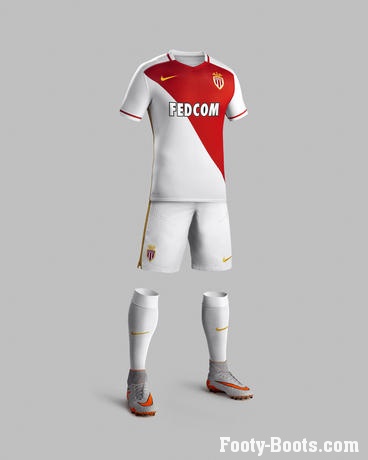 Other than the gold stripes, the shorts are white, as are the socks, although they have a nice wide stripe of tonal chevrons running down the back of the calf, which completes the kit nicely.