Following on from the new Arsenal Home & Away kits that commemorate the Gunners’ 125 anniversary, Nike have pushed the proverbial boat out with this gorgeous Nike Sportswear Destroyer Bomber jacket for the truly hardcore. 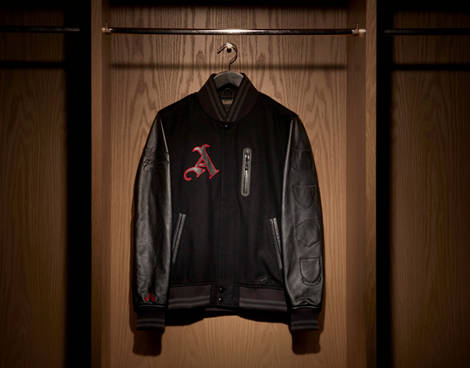 Nike say that a team that has commanded a reputation for style and class for a century-and-a-quarter deserve to be honoured in such a way – and their top-end Nike Sportswear Destroyer jacket is the perfect way to do so.

Far be it from just stitching an ‘A’ onto an existing garment, or just re-branding a red and white colourway into the ‘Arsenal’ edition, Nike designers have made sure that barely a single square-inch of this premium garm has escaped without a tribute to the north-London club. 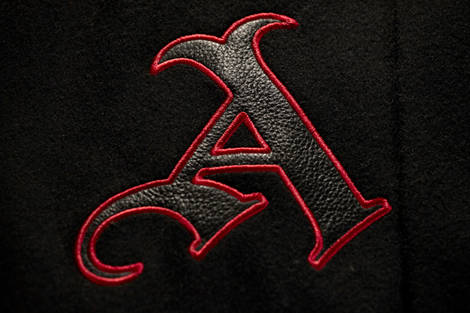 The front of the jacket sees a bold felt and leather A„appliqu' taken from the lettering in the club crest that featured from 1949 to 2002. The club’s Latin motto that also debuted that year is present as tonal embroidery on the right sleeve. It proudly proclaims Victoria Concordia Crescit – a phrase coined by Programme Editor' Harry Homer – translates as Victory comes from harmony.’ – an ideal motto to sum up Arsenal’s style of play.

The sleeves continue the appreciation of the club's heritage, too.

Both arms feature a small ‘AFC’ logo that recalls the ‘Cannon’ badge fro the 70’s, whilst the left sleeve features abstract references to crests of the past. 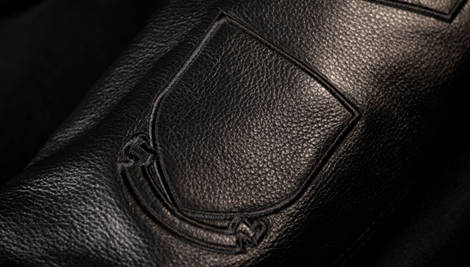 Satin-stitched leather appliqu's pay homage to the notable moments in the club's history via the silhouette of badges that graced Arsenal’s kit during the biggest moments in the club’s history, including the 1930 FA Cup Final Monogram„badge and the 1952 FA Cup Final Art Deco„badge. The interior of the right lapel carries a striking homage to the 125th anniversary in the form of Roman numerals aligned in leather and satin to make up a CXXV„graphic, divided by gold embroidered accents.

This being a Nike product, it won’t launch with just a press release and some standard product shots, nosiree.

A pair of short films has also been created with an ode to the club's past and future, featuring four game-changing Gunners. Through these Arsenal mavericks we reveal the passion, forward-thinking philosophy and belief in youth that the club inspires. The first piece to be released as a teaser features critically acclaimed US director Spike Lee and is directed by Ryan Hopkinson. The final edit will be showing throughout August in Nike's 1948 space in East London.

If you want to rep the Gunners in this much style, you’d best have some top dollar, spare though – as the Arsenal 125 NSW Destroyer Jacket will RRP at £350 and will be limited to – you guessed it – 125, available only through ' FOOTPATROL and NikeTown London.

Any Gooners out there considering purchasing such a grand piece of finery?

Or are your wallets weeping too much for you to consider some that costs more than the Superfly III (with change to spare!)?