When the pressure is on, sometimes it’s not a bad idea to stick with a proven performer – which must have been what samba star Neymar was thinking on Saturday as his Brazil side took on tough opponents Chile.

The Barcelona man was only gifted a brand-new ‘Sonho Dourado’ Gold edition of the Nike Hypervenom Phantom earlier in the week, but opted for a half-time switch as the two South American sides remained deadlocked at the 45 minute mark. 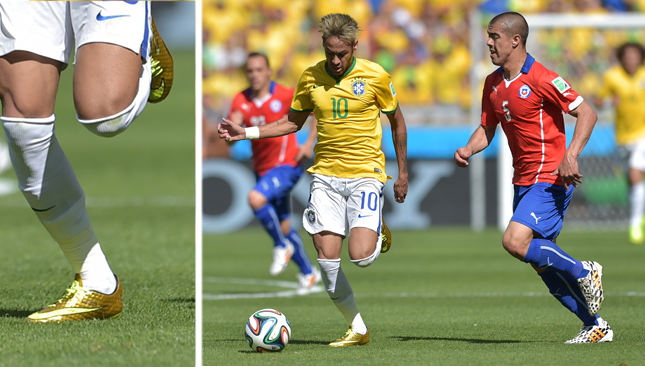 Being trusted with a unique pair of boots is no small order and inspires all sorts of confidence in players – we’ve seen our fair share of dazzling debuts when a player is given a new cleat to wear for the first time – but when it’s crunch time, you can’t beat a pair of lucky boots.

Neymar has been in scintillating form throughout the group stages for his side, producing some much-needed goals for his country, all whilst wearing the World Cup edition ‘Hyperpunch’ Nike Hypervenom Phantom. 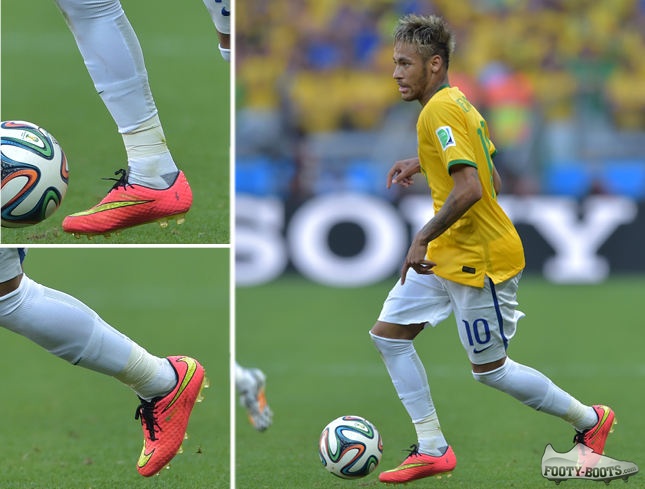 So, as the two sides were at level-pegging at the break, Neymar went back to the pair that he grabbed the goals in earlier in the tournament in the hopes of conjuring another strike out of them to keep the host country in the tournament.

And whilst Brazil’s ‘Golden Boy’ didn’t get on the score-sheet in normal or extra time, he did step up and slot home the fifth penalty to see the Selecao through to the quarter final.

Whilst we’ve no doubt that Nike will be a little bit taken aback by their star man at the tournament ditching his bespoke boots, we’re sure they’d rather he feel confident enough to slot home the final penalty and stay in the World Cup, than have him miss the crucial kick debuting a gold pair of Nike cleats.