After Neymar set the boot world scratching it’s collective chin earlier this year, we’ve seen very little of the dimpled prototype that caused so much speculation. 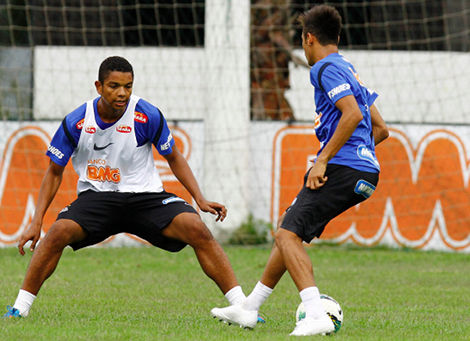 With Nike recently launching the GS2 and hinting at the Vapor IX, it’s fair to say Nike have a serious amount of irons in the fire when it comes to Mercurial-shaped boots that have been blacked/whited-out since the start of the new season.

And, seemingly to keep boot-spotters (like the evergreen DDChile, who sent in this spot) on their toes, Nike also have this mystery dimpled creation in the works.

So far, this unusually-textured boot has been the sole reserve of Neymar, and it was the Santos Superstar who, once again, broke out a pair for training in Brazil yesterday.

Whilst the previous version of these Nike prototypes was all-black, the newest model is entirely white and – unhelpfully – no more detailed that the first time we saw them this time last month.

One key difference is that these new models feature an SG-Pro hybrid soleplate. Last month’s black-out model featured tiny conical studs that were unlike anything we’ve seen on a Nike boot before, and here Nike have thrown in some Mercurial-esque aluminium studs for winter games.

What does this tell us? Well, for starters, that Nike are continuing their SG-Pro soleplate long-term – something we wholeheartedly approve of. Then, there’s the fact that limited edition boots like the GS and Mercurial SL have never released in two soleplates – the choice of two is usually reserved for production and retail models.

As for Neymar’s current boots – it looks like he’ll make up the South American contingent of the GS2Squad, but it looks like he didn’t get the memo about proper photo-shoot attire… 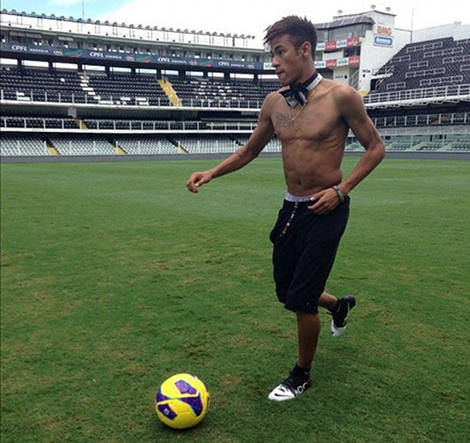 We can’t wait to find out what these lethal-looking prototypes are, but in the mean time, we can wildly guess! Break out your tin-foil hat and get speculating in the comments; what will these boots turn out to be?

Written By
Kyle Elliot
More from Kyle Elliot
We bring you another curiosity from the far East with these gorgeous...
Read More