Nike have gone all out for their sponsored stars in Copa Libertadores-winning side Santos, as they’ve given each player a pair of swanky custom football boots to wear for this month’s FIFA Club World Cup. 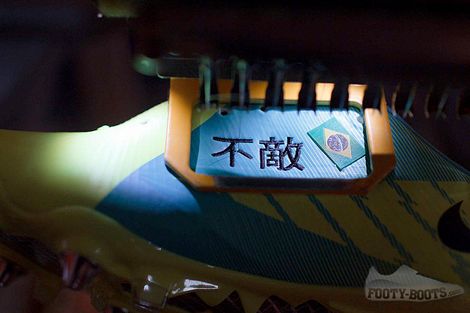 The Brazilian outfit are headed to Japan for the 2011 FIFA Club World Cup alongside Barcelona to take on the winners of Champions League winners from around the world, including teams from New Zealand, Tunisia, Japan, Qatar and Mexico it should be a great tournament!

To make the Santos’ samba-boys trip to the Far East that little bit more special, Nike have whipped up a batch of custom football boots for them to light up the pitch in. 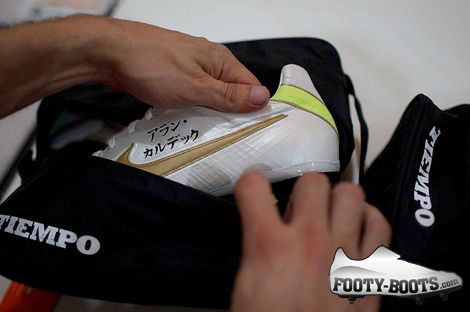 Each pair of boots contains both the Brazilian and Japanese flags on the instep, with the players signature customisations in Japanese Kanji embroidered onto the sides of the boot – classy! 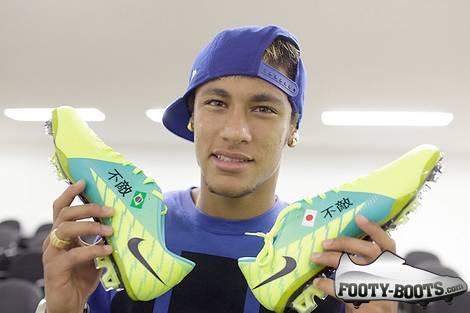 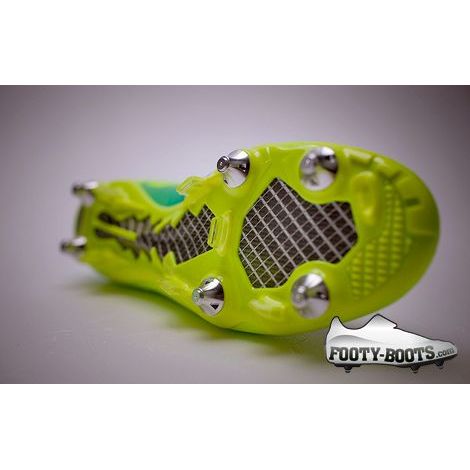 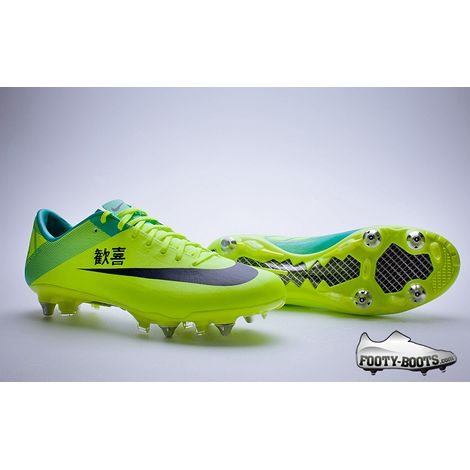 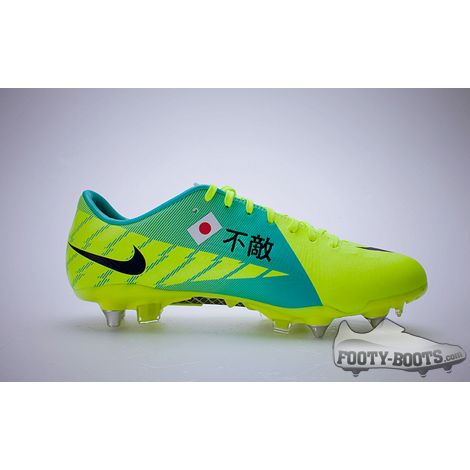 Wonderkid Neymar opts for a mixed-sole Superfly III in Volt/Retro, and clearly couldn’t be happier with his customisation. 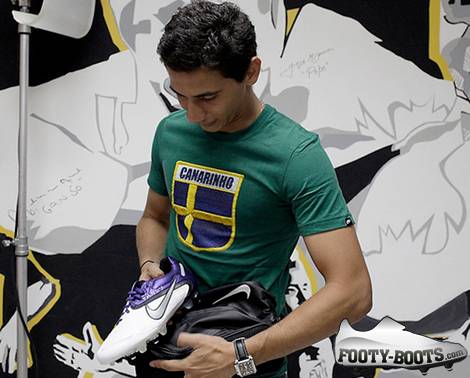 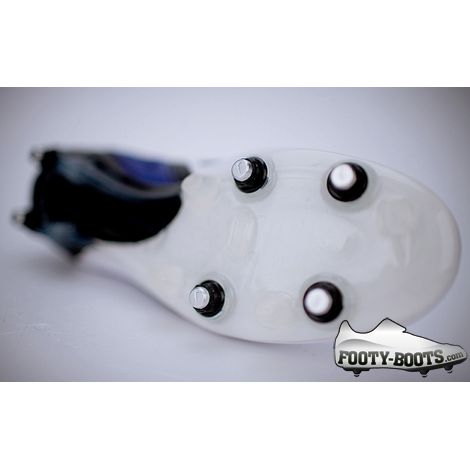 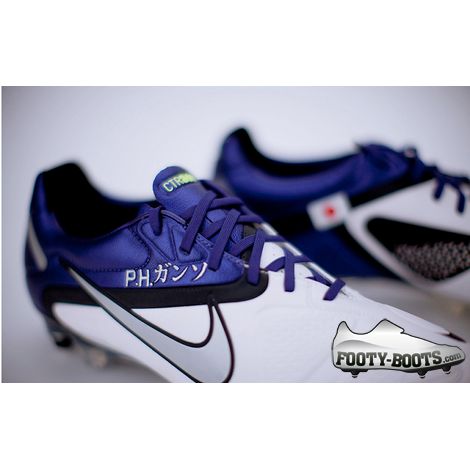 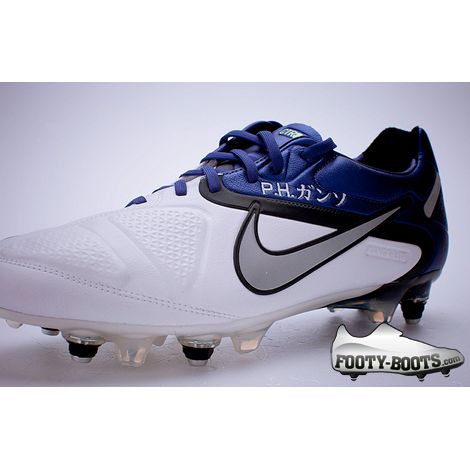 Paulo Henrique Ganso is Santos’ playmaker-in-chief,  so it’s little surprise to see him opt for the Nike CTR360 II.

What might be a little surprising, though is his choice of soleplate – shunning the expensive elite model for a classy custom hybrid soleplate. 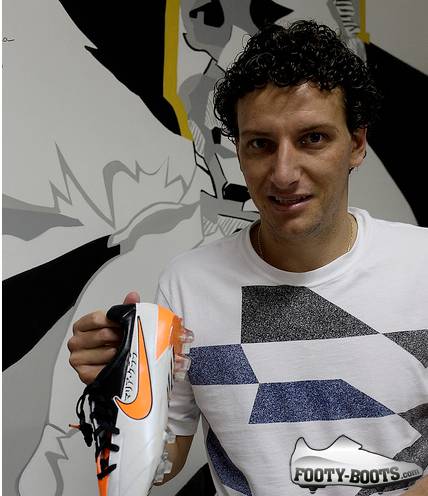 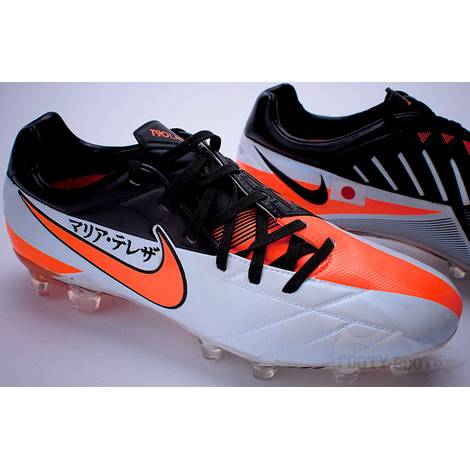 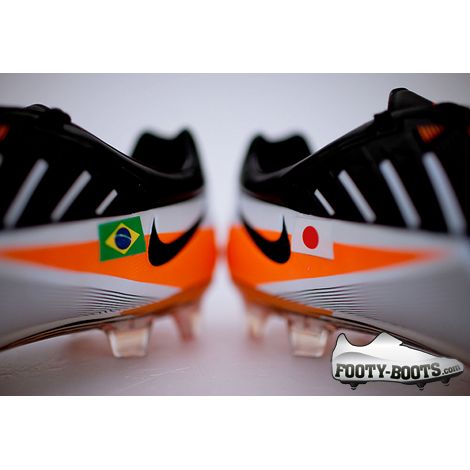 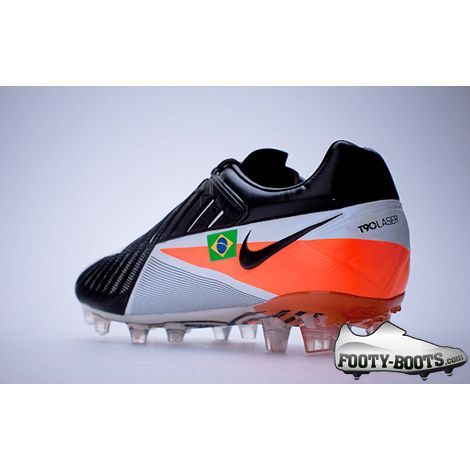 Well-travelled midfielder Elano is a long-time fan of the T90 range, and he’s clearly enjoying life in the Nike T90 Laser IV!

The former Manchester City man is clearly a man who knows what he wants, too, as these football boots are packing a bespoke soleplate; completely different from the ‘stock’ Laser! 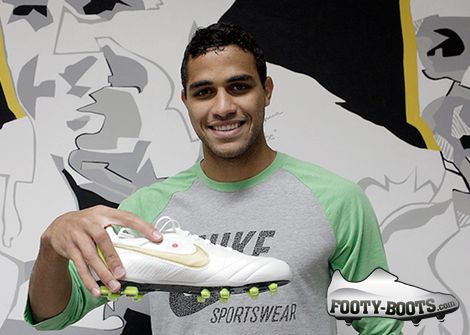 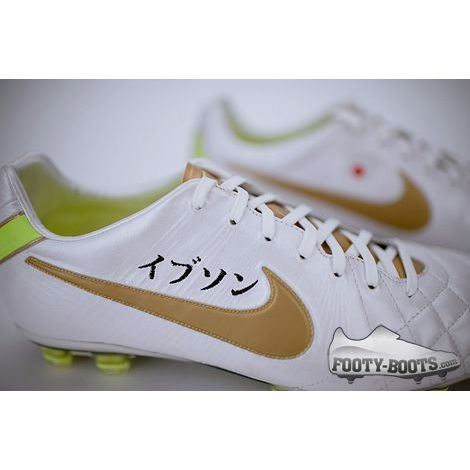 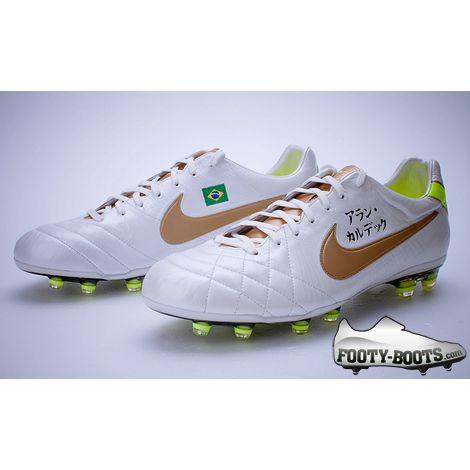 Whilst there’s no fancy soleplate to be seen on these football boots, the personalisation really stands out on that crisp white K-Leather.

Do you think Neymar & Co. will face Barcelona in the Final?

Huge thanks (as always!) to DDChile for supplying the images!

Written By
Kyle Elliot
More from Kyle Elliot
The wait is over as Nike reveal the England Home Shirt 2013.
Read More