Slight of frame and fleet of foot, Neymar has captured the imagination like no other footballer in the last few years.

With a seemingly endless bag of tricks and the audacity to pull them off on a whim, Neymar has won over fans young and old in native Brazil – and now, the young star has decided to go ‘na gringa‘ – move to a foreign league, and in this instance it’s La Liga with the mighty Barcelona.

After a tearful end to his Santos career, Neymar has one final goodbye to Brazil with the Confederations Cup this summer before packing up his new Nike Hypervenom Phantoms and heading to Spain. Here’s his side of the story. 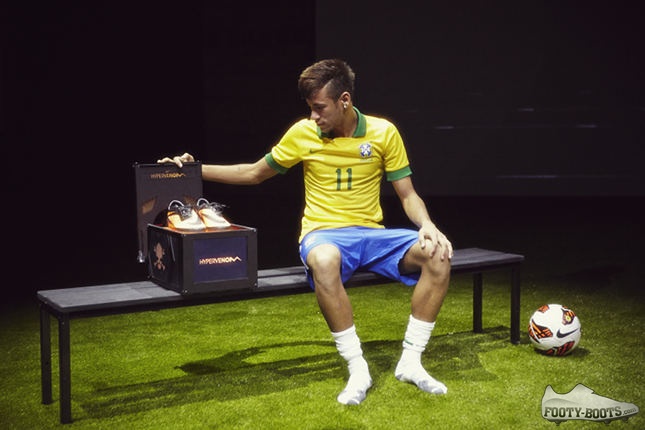 Q. You've already announced about going to Barca. How did you take this' decision?

A. It was a decision I took with my family. They helped me a lot. It's been a' dream come true. I'm really happy.

At the same time, I'm a bit sad because' I'm leaving my cherished team in a city where I grew up and where I played' for nine years in Santos. But I'm even happier to be facing a new challenge' and for making a dream come true. Now, I have to enjoy every moment.

A. It was different. I think that Instagram suits me. People know I like to use it' all the time. So I think it couldn't¦ It really had to be me.

Q. What is the feeling to play in one of the greatest teams in the world?

A. The feeling is like having butterflies in my stomach.

Q. You still feel it?

A. I still feel it. I'll be fulfilling my dream to be playing with great players, like' Messi, Xavi, Iniesta, Daniel Alves, Adriano and others who are in the team.

So, I'm anxious to get there, but now we have to focus on the Confederations' Cup, that is more important at the moment and to win the title for Brazil. 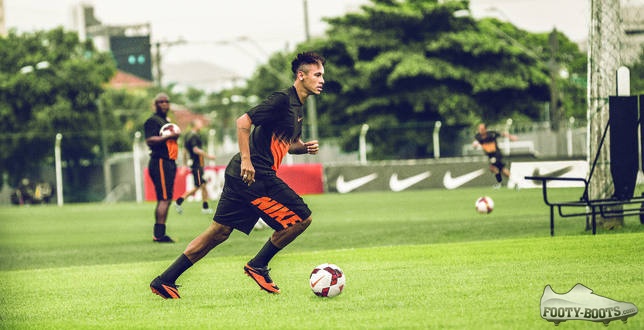 Q. I wish you all the luck. Really. I hope your talent keeps on being seen as' weve been seeing it. Let's talk about the Hypervenom – Is it true that you took' part in the design process?

A. I talked with Nike about design, wore some models, some prototypes until' it fitted properly and featured what I wanted.

It's a very comfortable football' boot. I like boots that are comfortable. Better for fit and touch as well.

' Q. Do you remember how was one of your first conversations with the Nike' guys?

A: I went to their office. They showed me two models and showed me this one,' which I found really beautiful. There were other colors as well, but I cannot' talk about those.

But I also gave some color suggestions. It was a great' conversation. I like colored boots. I always loved it, so it was a nice, a good' conversation that resulted in this wonderful boot.

Q. Have you been to Nike's headquarters in the United States?

A. I went to Portland. They have great facilities there. I even played football' with the employees in their lunchtime game. We had fun there. It was' wonderful. 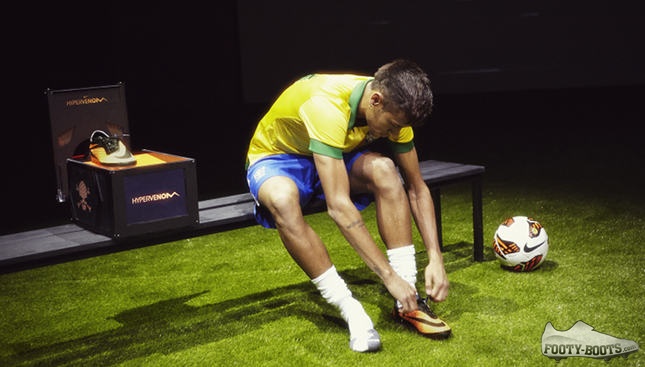 Q. Great. Now I'd like to know about something more specific. When you' talked to the designers, what did you ask them to include here?

A. Just to be in the same level as these great players, it already makes me' proud of myself. It's an honor to be part of this team, innovating with a new' football boot. And now I hope the boot plays by itself and scores goals for me and that it helps me out.

Q. Now you've talked about it, I want to know about Confederations Cup, are' you ready?

A. We'll be training so we can play a great Confederations Cup and make' everyone proud. 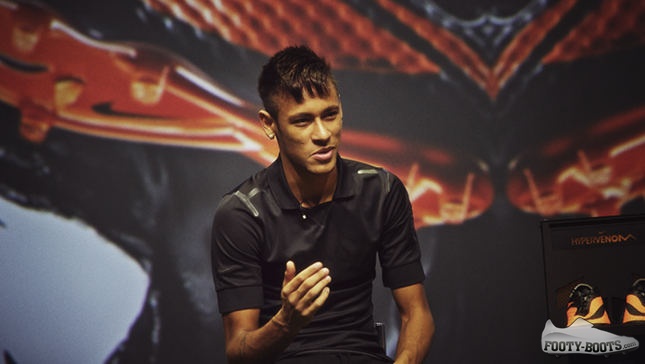 Q. What are your expectations for this tournament, both individually and for' the team?

A. Individually, I always want to give the most. I want to help the Brazilian' National Team the best way possible, whether is with goals, assists or even' a slide tackle, whatever. All that matters is to help the team.

And about the' team, the important is that we're united. I think that the Brazilian football' is one of the best in the world. It still is and still struggles for this. We have' talented players that can take Brazil to the top.

Q. That's right. Wearing the yellow jersey is great responsibility, even more' now that the Cup will be in here Brazil. How do you feel when you wear it?

A. It's a great responsibility, but it's a childhood dream come true. We can't' think to ourselves ¦ Ĺ›Oh, the Brazilian jersey is heavy'ĹĄ.

We have to wear it' as if we were playing in our home backyard. We have to honor it, we have to' dribble and do whatever it's possible. We have to be happy. 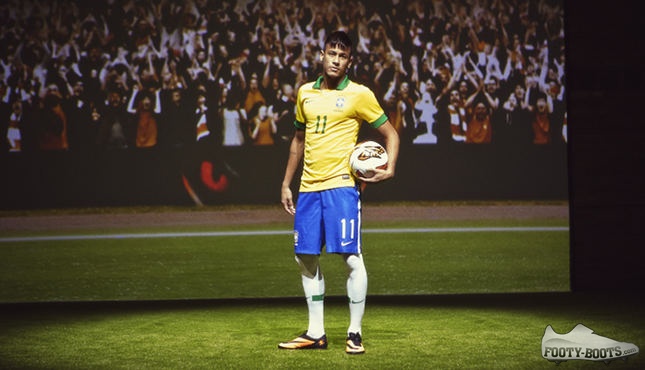 Q. Remind us how old you are?

Q. 21 years old! When Brazil was announced as the World Cup host, you' were a lot younger than you are now. Did you dream to play for the Brazilian' National Team?

A. I dreamt of being like Ronaldo and Ronaldinho Gaucho.

Q. Were they your idols at the time?

A. They have always been my references. My greatest idol ” I've always told' everyone ” was Robinho as he was from Santos and I was always following' him, so I'm a great fan. Among others, Ronaldo, Ronaldinho GaÄ‚Ĺźcho, KakÄ‚Ë‡.' Many of them.

Written By
Kyle Elliot
More from Kyle Elliot
adidas up their game with these stunning new adiPure IV's - are...
Read More