With Brazil’s spot in the knock-out stages of the World Cup assured, Nike have equipped Neymar out with a unique pair of Hypervenom Phantom football boots that only the FC Barcelona man will wear.

The tricky Selecao starhas shone at this Summer’s tournament, scoring three goals in Brazil’s opening three games and helping the team finish top of their group.

Now, as Neymar and his team-mates head towards the final, Nike are giving him a look that says he is ‘going for gold’ in his home country this summer with these Gold/Volt Nike Hypervenom Phantoms.

Not just the ultimate football boot fashion statement to make at a World Cup, Neymar’s new soccer cleats are a nostalgia trip for the young Samba Star.

As a youngster, Neymar used to spraypaint his footwear gold to stand out in football and futsal games; and now, with the world watching his every step-over, he’s standing out again on the biggest stage of all. 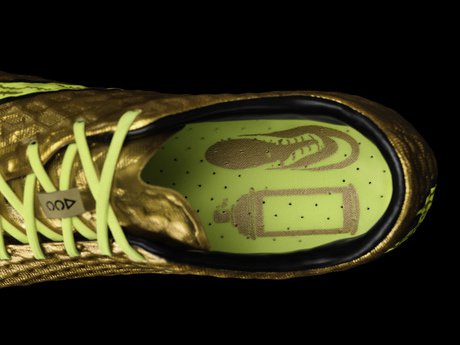 “When we met with Neymar he told us that when he was 12 he used to spray paint his boots gold. He said that he always wanted a pair of gold boots but that he couldn’t find them anywhere. So we took that insight and decided this summer would be the perfect moment to create this boot for him,”

“The biggest challenge was getting the gold tone perfect so it had the right spray-painted look .We worked closely with Neymar to get it as close to how he remembered the color when he would apply it as a kid. We’re all delighted with the results and can’t wait to see it on pitch.” – Denis Dekovic, Nike Football Design Director. 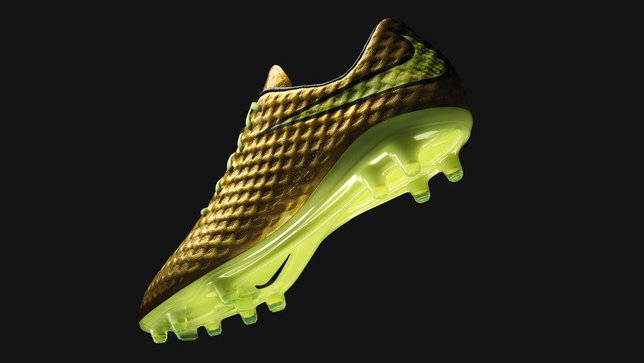 Additionally, the boots unofficially mark one year since Neymar himself launched the Hypervenom Phantom in Rio, giving a nice sense of things coming full circle since then, and how quickly the Hypervenom has become part of the landscape in the world of football boots.

Thoughts on this potentially-iconic colourway?

Nike Kit out Neymar in Gold Hypervenom for World Cup Knock-Outs, 8.2 out of 10 based on 35 ratings https://www.footy-boots.com/wp-content/uploads/2014/06/neymar-gold-hypervenom-world-cup.jpg