All eyes will be on Neymar tonight as he takes on his old team, Santos, to mark his home debut for new club FC Barcelona.

After a sparkling Confederations Cup, the young Brasilian will be eager to win over the home crowd, justify his lofty price-tag and win over the doubters at a capacity Camp Nou for the glamour friendly. 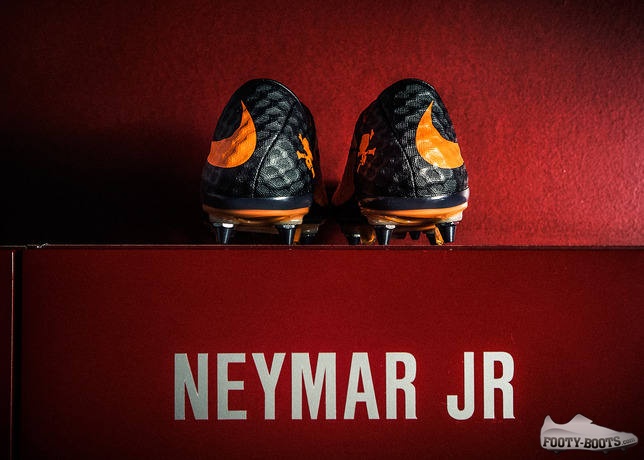 As a Nike man through-and-through, Neymar will be reppin’ the Swoosh from head-to-toe in a variety of Nike gear.

After helping design and launch the Hypervenom Phantom a couple of months back, the crafty forward will be hoping to net a goal on his home debut in his now-signature boots.

As well as packing both the SG and FG models in the locker-room, Nike have even equipped Neymar with a swanky leather-finish boot bag emblazoned with the Hypervenom skull-and-crossbones. Question, Nike: Where can we get one? 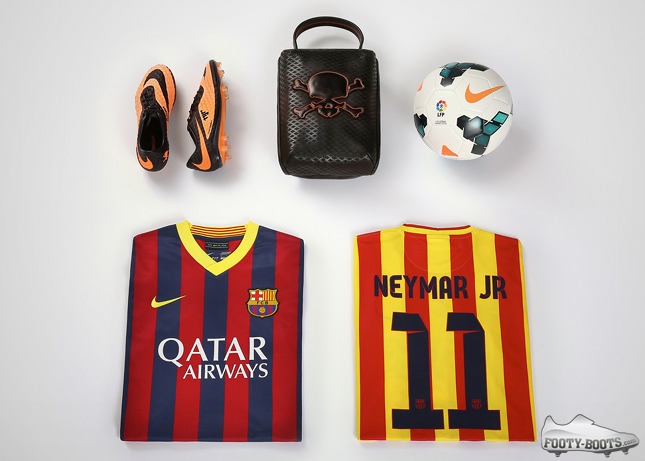 Stepping out at the Camp Nou in the famous Blaugrana shirt is a rare honour bestow upon very few players, and Neymar will likely remember the first time he did so wearing the number eleven jersey for the rest of his life – we wouldn’t be surprised if he didn’t swap shirts at the end of the game!

This season, the former Santos man will wear ' a pair of freshly designed home and away kits, both of which pay homage to the Senyera ” the flag of Catalunya.'

Finally, throughout La Liga BBVA this season teams will line up with the new Nike Incyte ball at their feet. This is Nike’s most technically advanced football to date, featuring a visual design that aims to increase the ball’s visibility and players’ reaction as it travels across the pitch.

Looking forward to seeing the young star line up against his former team tonight? Let us know in the comments!

Written By
Kyle Elliot
More from Kyle Elliot
We review the official matchball of the Premier League, La Liga and...
Read More