Newcastle United revealed an 11th-hour new sponsorship deal with Virgin money last night, confirming the new sponsor would grace the front of their shirts for the next two seasons. 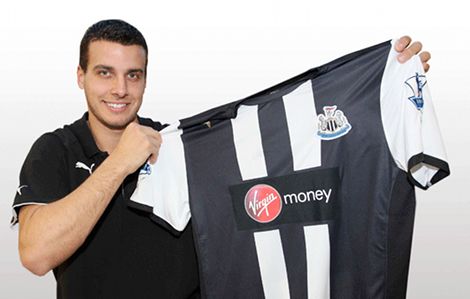 Virgin Money officially completed their takeover of Northern Rock on midnight January 1st 2012, and – following negotiations – officially took over the role of shirt sponsors at Newcastle United, too.

The rushed completion of the deal proved to be a wise move on the part of both parties as the Virgin Money logo was hastily applied to the famous black-and-white jerseys, just in time to see the Magpies secure a famous 3-0 win over champions Manchester United.

In a smart PR move by both parties, Virgin money and Newcastle United FC have agreed to replace 10,000 fans jerseys baring the old sponsor for a brand new Newcastle United Home Kit free of charge, on a first-come first-served basis.

Written By
Kyle Elliot
More from Kyle Elliot
PUMA take a new tact with the evoAccuracy 1. All the power...
Read More