The Toon Army have once again teamed up with Puma to reveal a new take on the classic black-and-white Magpies kit – the Newcastle United Home Shirt 2012-13. 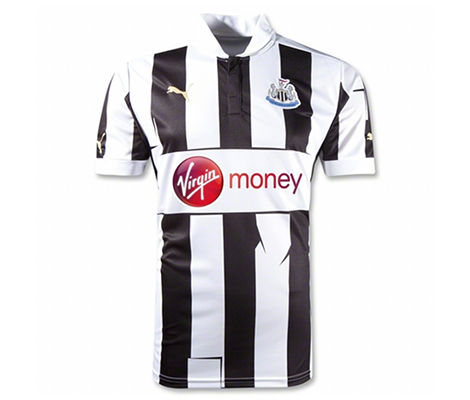 Similar in style to the Italy Home Shirt from Euro 2012 (and subsequently similar to Borussia Dortmund and Palmero, too) the Newcastle United Home Shirt 2012-13 definitely carries off the distinctive woven collar and single-button placket as well as any other shirt from Puma this season.

Fans will likely be happy to see the return of a more traditionally-striped designed from Puma, following the sleek ‘racing stripe’ layout of last season’s kit.

But whilst there might have been one or two grumbles over the design of last season’s shirt, there could hardly be any such complaints over the team. 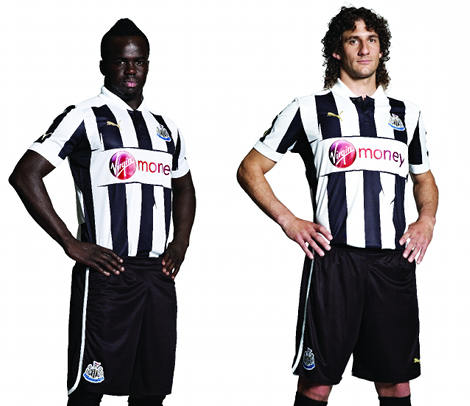 Narrowly missing out on a Champions League spot to Tottenham (who later lost that place to Chelsea), Newcastle’s combo of stylish players Cabaye and Ben Arfa provided firepower to Ba and Cisse, whilst Coloccini and Tiote provided the muscle – managed to surpass expectations under the stewardship of Alan Pardew.

This season’s shirt is on sale August 9th, but available for pre-order now.

Written By
Kyle Elliot
More from Kyle Elliot
Football boots don't come much cleaner than this - check out the...
Read More