The billionaire owner of the Tyneside club, who also runs retailer Sports Direct, has faced a turbulent time with his retail business over the last six months, following England’s dismal Euro 2008 qualifying campaign leading to a downturn in England replica football shirt sales. 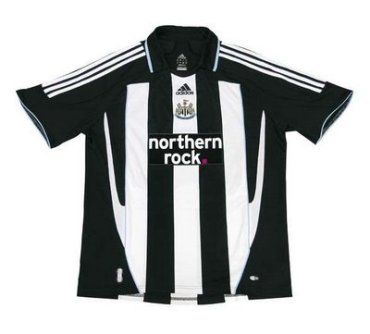 Ashley’s on-field business ventures have fared little better with Newcastle United playing boring, uneventful football under the stewardship of Sam Allardyce. With the appointment of Kevin Keegan, however, the club has suddenly become an attractive prospect again for punters and prospective players, and Ashley is keen to capitalise on the feel good factor that King Kev’s arrival has brought.

In agreement with former pint-sized England striker Keegan, the Newcastle owner has contacted David Beckham’s representatives to gauge whether the creative midfielder would fancy a move back to these shores, no doubt boosting his chances of a permanent return to the England national team.

Ashley is only too aware of the huge pulling power that Brand Beckham draws and realises that capturing the LA Galaxy player will dramatically increase sales of Newcastle’s Adidas football shirts, whilst making the club a world-wide brand.

The Newcastle owner’s motives are likely also driven by the fact that he owns a £180 million stake in the German based football boot brand. Beckham is of course the face of Adidas, having held an endorsement contract with the company since his Manchester United playing days.

Written By
Felipe
More from Felipe
London club on the look out for additional fire-power as injuries hit...
Read More