Puma have unveiled the new Tottenham Hotspur Kits for the 2011-12 season today, styled in classic Spurs colours, they’re sure to be a hit with White Hart Lane regulars! 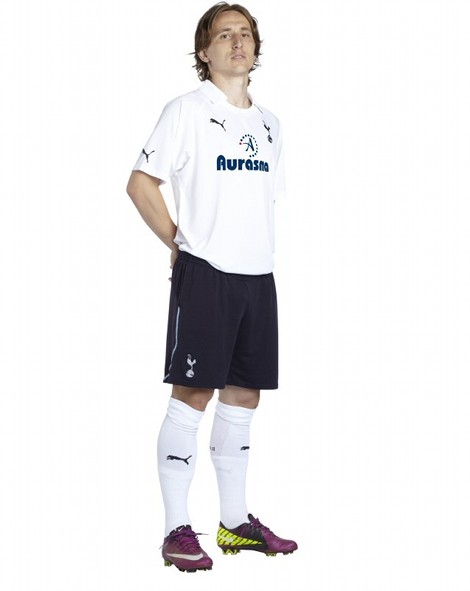 The home kit is classic Spurs colours of Lilywhite and navy blue, and whilst it might be a little plainer than last year’s effort, we still think it’ll be one of the most popular in the line-up of new new Tottenham Hotspur Kits!

A slight polo collar on a round neck gives the home shirt a neat, athletic look, which stops the new home kit being entirely plain. Whilst the shorts are a classic Spurs Navy, and break up the white nicely. 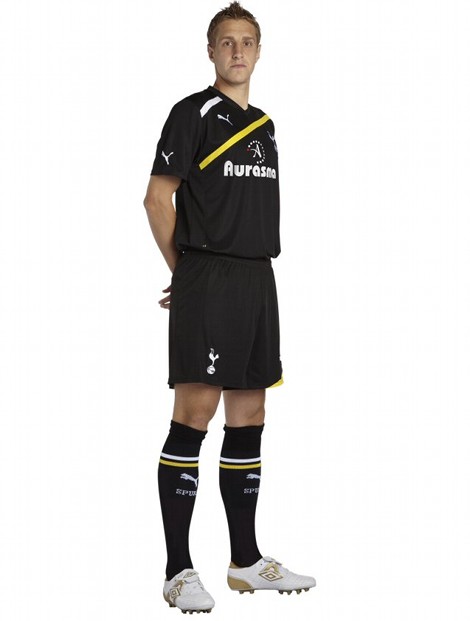 The away sees black  as the dominant colour across the strip, with a white and yellow trim on the shoulder. We’d have to guess this is more Puma’s branding than Spurs, mind, as Black/White/Yellow has been the staple colourway of the Puma King football boots since forever!

Whilst the design is definitely easy on the eye and the colours distinctive, we’re going to have to guess that most Spurs fans won’t be too happy with the kit, as it’s neigh-on identical to the new Puma Newcastle Away kit for this season! 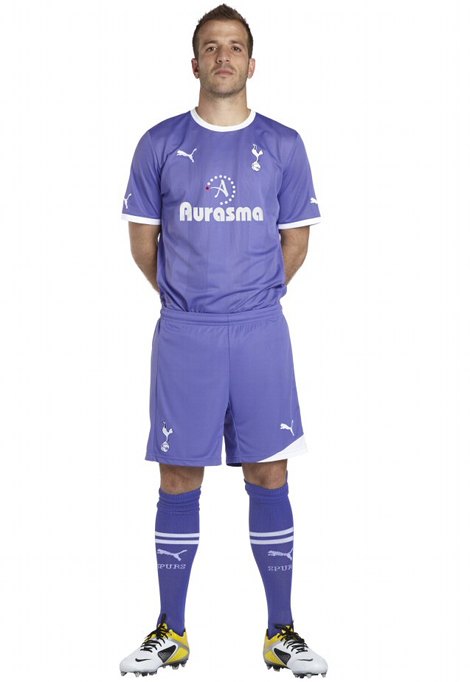 Rounding off the new Tottenham Hotspur Kits is the new 3rd kit for the 2011 season. Continuing last season’s Away kit trend of blue, the new 3rd kit this time moves from sky blue to powder blue, and looks pretty effective in the process!

We love the white ‘ringer’ collar and sleeves, and the extra stitching on the Spurs badge gives it an awesome retro feel. 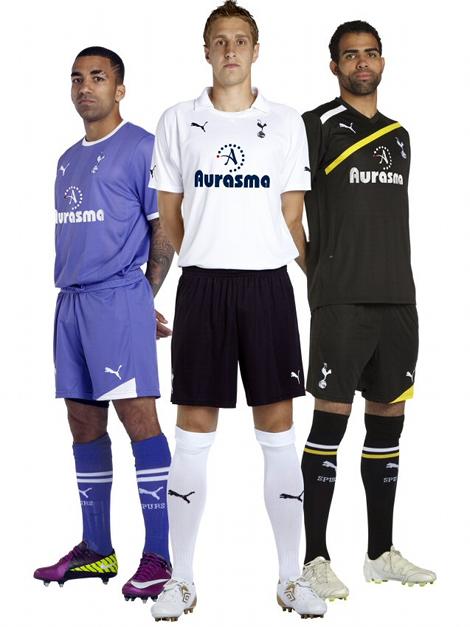 Sandro refuses to part with his white-out adiPower, whilst Lennon sneaks his Nike socks into the photoshoot!

Puma seem to have done a great job of playing it safe with the new Tottenham Hotspur Kit designs, ensuring they’ll be remembered fondly when the club moves to Under Armour at the end of this season.

Also, is it just us, or do Spurs seem to release more kits than any other club? There’s none of the ‘Last year’s away becomes this year’s third’ business that clubs like Manchester United have.

What do you think of the new Tottenham Hotspur Kits?

Written By
Felipe
More from Felipe
Reds defender ends his spell at Anfield with a switch to Serie...
Read More