European champions Spain qualified for the 2010 World Cup with two qualifying group matches to spare and will be amongst the favourites to lift the World Cup.

Here’s the new Spain Home Shirt the talented Spaniards will be wearing. 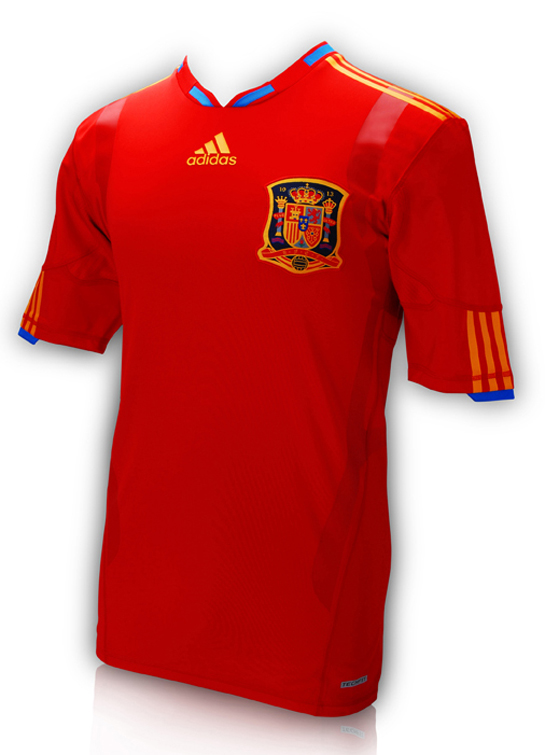 •' ' '  The home kit features a strong red colour selection paying tribute to the 1964 European Cup winning team.
•' ' '  Inclusion of “La Furia Roja” script inside the collar commemorates the recent success in EURO 2008.
•' ' '  The new Indigo Blue away kit features colours found in the crest while the three stripes mirrors the national flag.
•' ' '  The initials R.F.E.F. on the back is a reference to the proud Real Federacion Espanola de Futbol.

Tell us what you think'  of the New Spain football shirt…

Written By
Felipe
More from Felipe
The Predator X made a somewhat low-key foray in to the Champions...
Read More