A recent patent has revealed Nike are considering a TUNiT-style approach to the soleplate for their future football boots, potentially re-energising the concept of customised boots after adidas ditched their system on the adiZero. 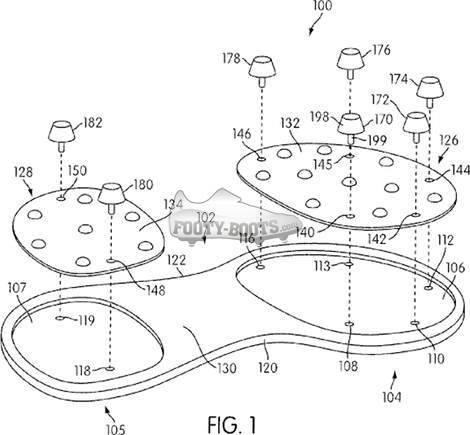 A likely candidate for a Copa/Tiempo style sole

The patent – which was updated at the end of May – hints that Nike may well be looking to revamp their whole athletic shoe range, with football boots being prominently mentioned, using what are being dubbed as outsole ‘pods’ that are held to the rest of the shoe with the studs themselves.

The idea is that after buying a pair of new football boots, you can change the ‘pod’ and studs on the bottom to accommodate a different configuration.

Whilst the most obvious use for this is to allow a player just to buy one pair of football boots a season, and then use different Pods to depending on firm ground, soft ground or artificial turf, we think Nike’s penchant for customised soleplates may help them bring a level of boot personalisation to the masses that has previously only been reserved for professionals.

Many of Nike’s biggest stars, including Fernando Torres, Jack Wilshire and Cesc Fabregas have been known to play in a variety of different soleplates to those available on store shelves.

For example, Torres is often spotted training in the ‘Interact Soleplate’; 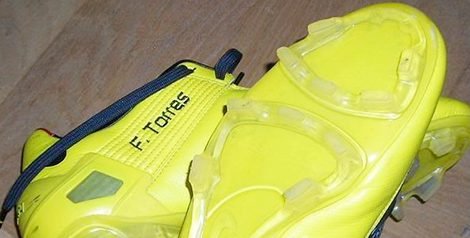 Made famous on early T90’s, it’s a highly regarded stud configuration amongst Nike fans, who might well be willing to shell out extra providing they can get their beloved soleplate back – especially if they can transfer it between all the Nike football boots in their kitbag.

How is it Different to the TUNiT System? 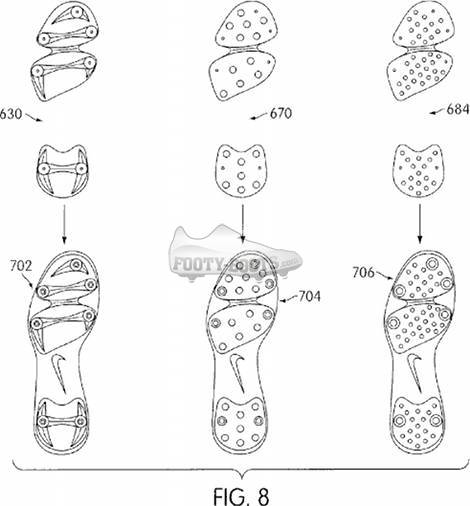 Looking further into the patent, Nike namechecks the likes of adidas and American brand Wilson, identifying the similarities between the systems they have used in the past and the ones that Nike are proposing.

“Furthermore, like interchangeable cleats, which provide differing kinds of traction based on the type and/or conditions of the surface, there is a need for tread element configurations that may also be interchanged, to provide more subtle variations in traction needs. In this way the user of such footwear need only purchase one article of footwear, but can purchase, independently, interchangeable tread configurations and cleats to be fastened to the outsole of the footwear.”

Essentially meaning that whilst adidas TUNiT studs were distinctly designed for'  TUNiT football boots and chassis, the Nike pod system remains distinct from any single line of Nike footwear – thus is different to competitors by it’s versatility. 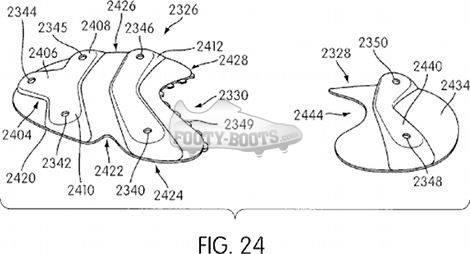 – “The present invention provides an article of footwear, comprising: an upper and an outsole; a pod set, including a first pod and a second pod”

– “By associating a pod of the selected pod set with the outsole, and attaching that pod by using cleats from the selected cleat set, the user is able to modify the article of footwear themselves to provide varying degrees of traction.”

– “In some situations, it may be preferable for a user to purchase multiple pre-packaged pod sets and pre-packaged cleat sets at one time.”

Personally, we think the idea of putting a Superfly III forefoot and a Tiempo Legend IV’s heel studs on the soleplate of our CTR360 – but we think this could have far reaching consequences…

How Could This Invention Change Nike’s Approach to Football Boots 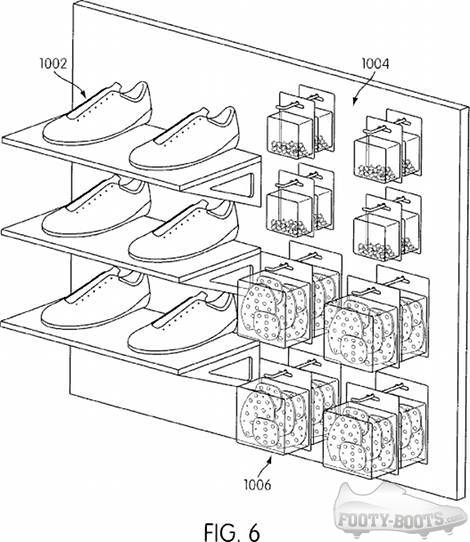 An invention like this sounds exceptional, in a time of rising football boot prices we could see each purchase being now almost doubling in value to the customer – if not tripling if you could get a HG/AG/AT ‘pod’ you could wear for training as well.

However, this could potentially change the way that Nike distribute their football boots.

First of all, a soleplate of this design would certainly limit the effectiveness of the Nike Elite Series – if not cause Nike to re-think the line all together.

Why make an ultra-light pair of football boots if the consumer can stick a heavy set of studs on them? Perhaps in the future the Elite Series will be the ‘pure’ form of Nike’s football boots, where they won’t include the Pod system for the sake of weight.

Another area this could effect would be takedown models; one of the main things that differentiate Nike’s range is the soleplate – it will be very interesting to see how the lower-priced parts of Nike’s range are treated, should this reach production. 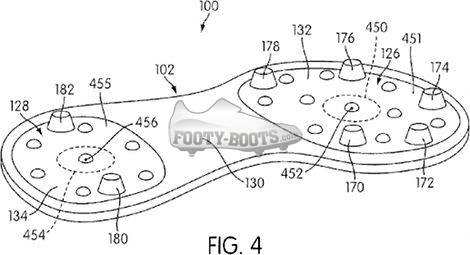 We may never see this concept hit store shelves, but we know your mind is already considering the possibilities of what this could mean for the football boots market!

So, if you’ve stuck with us this far, you’re obviously the sort of well informed, supremely dedicated – not to mention devilishly handsome – person whose comments could really capture the imagination on a piece like this.

So why not get involved and leave one below?

Written By
Kyle Elliot
More from Kyle Elliot
Black-out boots are springing up all across Europe, and we've picked out...
Read More