Ever the shrewd, business-focused team of the MLS – the Los Angeles Galaxy and adidas have waited until part-way through the 2011 MLS season to unveil the all-new LA Galaxy 3rd Shirt for the remainder of the MLS Season. 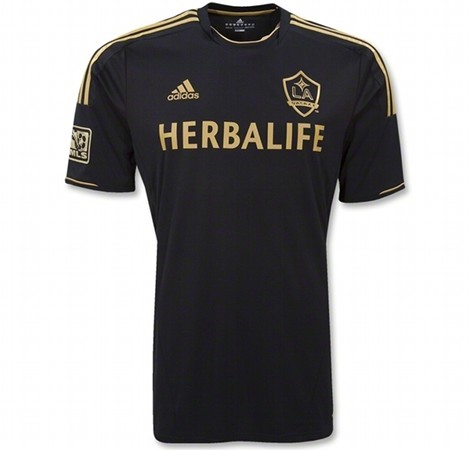 Styled in what adidas are calling ‘Pubjab’ and ‘Light Oil Gold’ (which could well be early candidates for the Most Ridiculous Colourway Names 2011) the new LA Galaxy 3rd Shirt recalls the trademark colours used on the Galaxy’s home shirt and gives them a slightly more ‘regal’ feel on this change kit.

The two-colour palette of the new LA Galaxy 3rd Shirt is stuck to stringently, with all Galaxy and adidas Branding appearing in the light gold colour – which contrasts nicely to the exceptionally deep navy base of the kit. 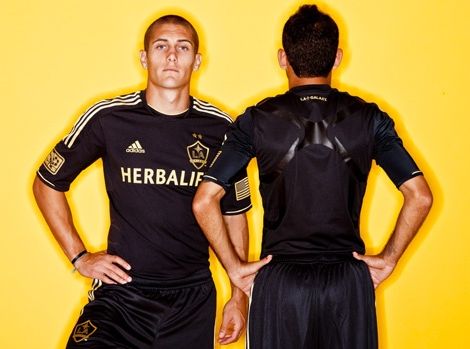 Launched this weekend at a special event ahead of the new LA Galaxy 3rd Shirt‘s on-pitch debut, Beckham, Donovan & Co. were on hand to mingle with members of the public and show off the new kit, as well as build up hype for Monday’s nights very special home game. 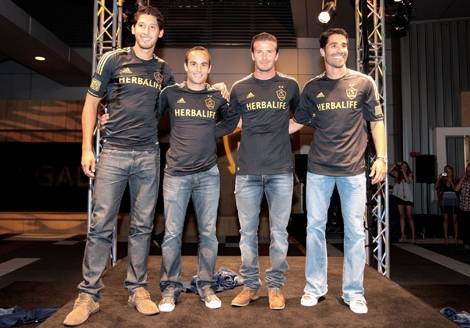 The Galaxy will wear the new LA Galaxy 3rd Shirt for the first time tonight (Monday July 4th)'  against the eastern conference rivals the Seattle Sounders in a special 4th of July match at the Home Depot Centre, where the match will be followed by all sorts of Independence Day festivities, including a fireworks display and an auction for all the player’s match-worn shirts from the night, with all proceeds going to the Galaxy Foundation

As expected, the new LA Galaxy 3rd Shirt features everything we’ve come to expect from the 2011-12 range of adidas kits, with ClimaCool and Formotion technology on the standard kits and a special TechFit version available to the professionals! 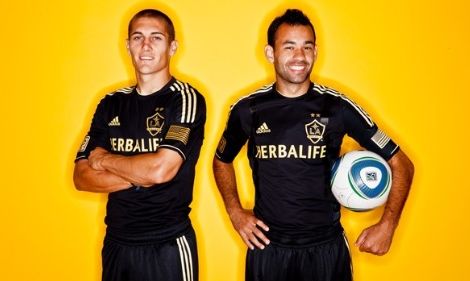 What do you reckon to the new LA Galaxy 3rd Shirt?

Written By
Kyle Elliot
More from Kyle Elliot
Neymar makes a quick switch out of his signature football boots during...
Read More