Having taken on the kit deal for Juventus from Nike, adidas reveal the new home and away kits for Juve.

These are the first kits of a six-year kit deal with the German brand adidas, who have replaced Nike as their kit supplier. 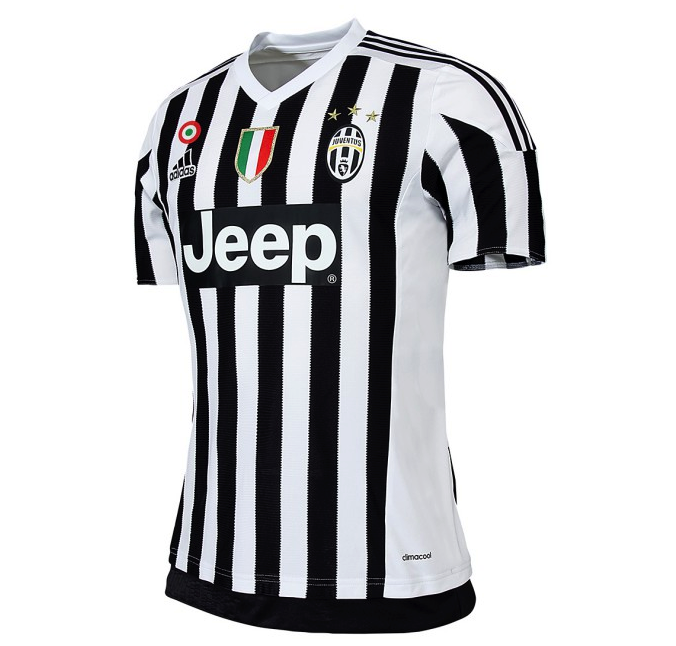 There’s a new designer on board, but what hasn’t changed the basis of the Juventus shirt: black and white stripes on the shirt, white shorts and white socks.

The shirt stripes are not outlined but they intersect, creating integration between the white and the black. 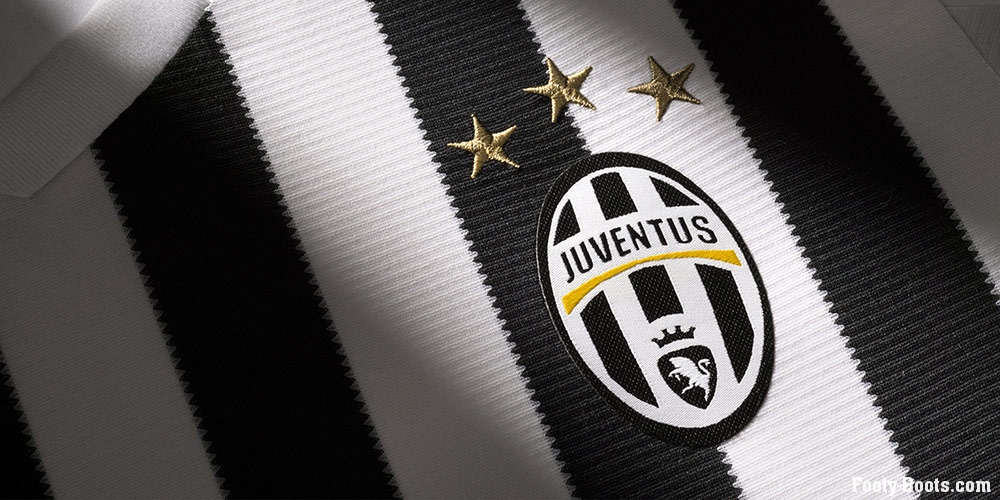 Back in 2012, Juventus retired the stars that featured above their club crest. Well now they’re back.

They were withdrawn due to a disagreement over the 2005 and 2006 championship wins which were revoked as a result of the Italian Football scandal when Juve were accused of rigging games by organising ‘friendly’ referees..

The gold stars are placed on the shirt after winning ten league titles, the two won during the scandal brought Juventus to thirty, having won a 32nd official title last year, the stars have made a return to the new Adidas shirt this term. 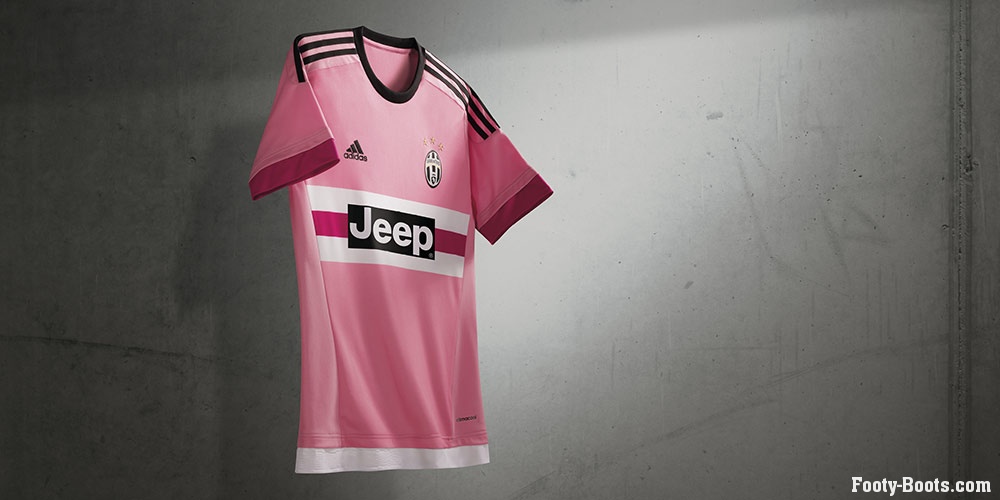 The away kit is a pale pink, with cerise pink cuffs. The collar and adidas stripes are black. 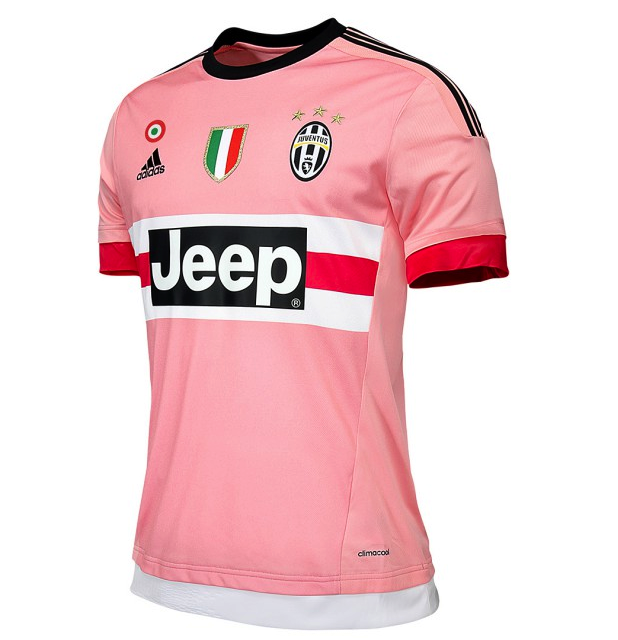 Black shorts and pink socks complete the look for the away colours.

adidas have not pulled any surprises with their first shirts for The Old Lady, both are very familiar. A safe launch from the Germans.