Umbro have today unveiled the brand new England Home shirt to be worn by England as they attempt to qualify for the European Championships in 2012. 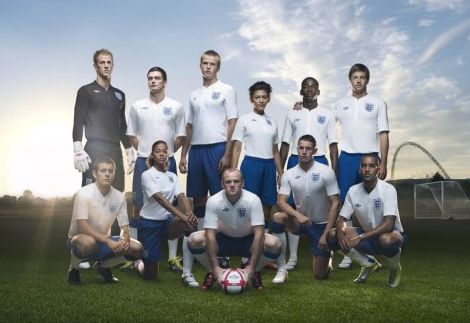 The new England shirt picks up where last year’s design left off, continuing the Tailored by Umbro tagline.

Incorporating a more squared off design than the smart polo collar of the previous home shirt, the new, wider neckline is very similar to that used on the England Away Shirt 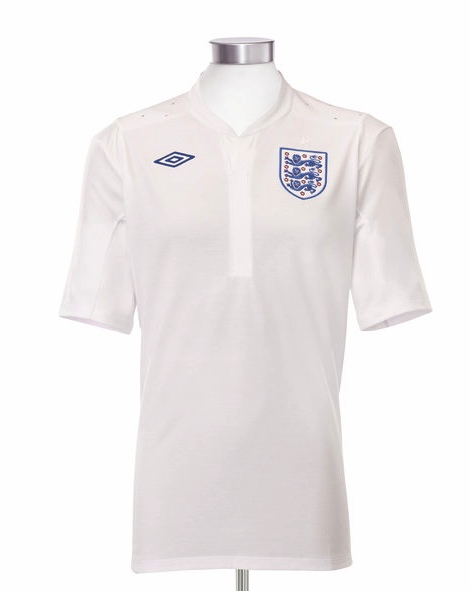 The main change, though is all about one thing – colours!

For starters, manufacturers Umbro have changed their logo to a royal Blue colour to match the famous Three Lions on the badge. Umbro have also gone with a return to Blue Shorts – a big step away from the all white look of last year’s kit.

The Royal Blue shorts are a much brighter shade than the Navy Blue that has been so popular as part of England kit in the past, so though present a very interesting look on the pitch. 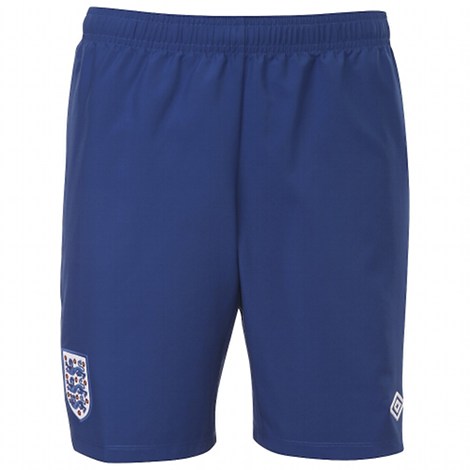 Finally, the most colourful aspect of this new kit is the…shoulders?

That’s right! The shoulder panels of this new England Shirt feature dozens of tiny St Georges’ Crosses in a multitude of different colours.

The man behind the design – legendary pop-artist Peter Saville – explains that this design is to encapsulate the diversity of modern England. 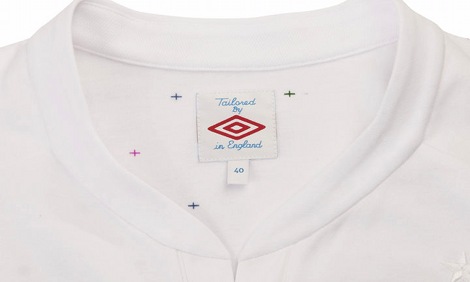 With players from a multitude of different heritages pulling on the new England Shirt, Saville says this is a chance to represent the modern England and celebrate it’s variety of cultures, an dispel the myth that England is a nation comprised of people ‘sitting in pubs, drinking ale and eating roast beef’. 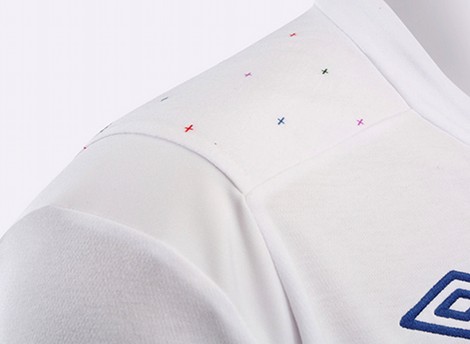 It’s definitely a bold move by Saville, and we’ll reserve judgement for now – we’re still getting used to the idea that the new England Shirt has purple and green on it! 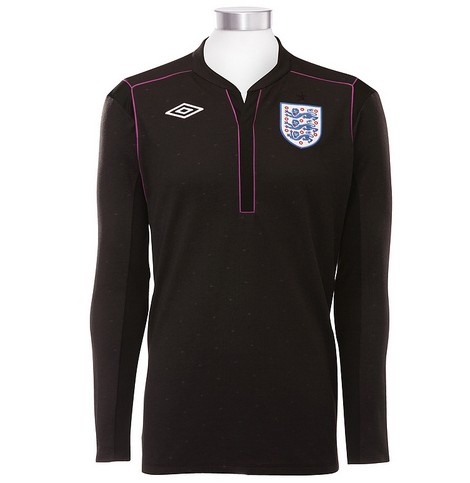 The goalkeepers kit is now completely black, aside from a daring purple trim around the shoulders and chest of the shirt. Another change from last year is a tapered collar, designed to mimic a traditional dress shirt, further emphasising the formal and tailored feel of this year’s kits.

The full range of England gear, including the new England Shirt is available to buy from October the 12th 2010, and the new kit will get it’s debut against Bulgaria on Friday the 3rd of September!

Have your say on the New England Shirt with a comment below!

Written By
Felipe
More from Felipe
Mikel Arteta is out for the rest of the season with a...
Read More