The first pictures of the New England Shirt, featuring John Terry and David James in the new look retro shirts were live but withdrawn at request.

Umbro were hoping to keep everything under wraps until the England team runs out at Wembley to play Slovakia on Saturday, but their hopes were dashed when pictures leaked.

Captain John Terry was modelling the retro styled shirt with the new look crest (see more in our footy boots video section) on his chest.

The new England Shirt has a very traditional look, so let’s travel back to some of the previous England shirts and see what happened when the national team was wearing them. 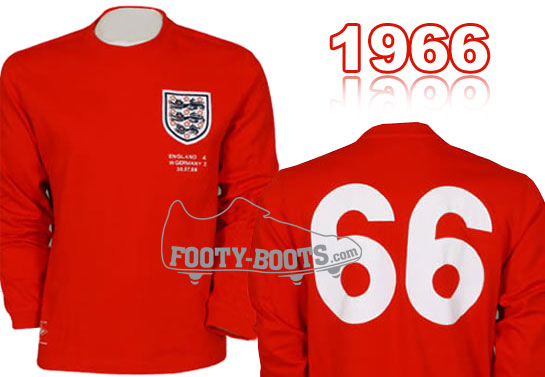 England’s finest moment came wearing this round neck, all red number when they won the World Cup in front of their own fans at Wembley. Geoff Hurst scored a hat trick in it, Jackie Charlton sank to his knees in it, Bobby Moore wiped his hands on it before shaking hands with the Queen and taking possession of the trophy and Nobby Styles did a little jig in it. 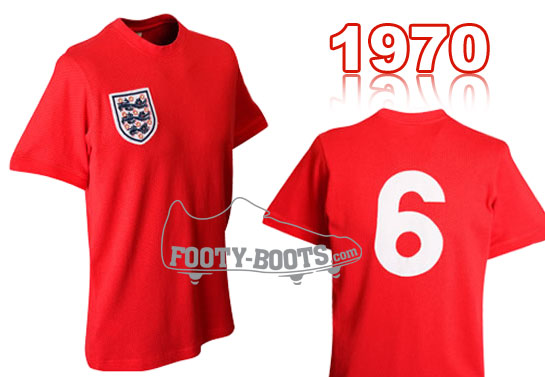 Four years on, England travelled to the World Cup in Mexico with supposedly their best ever team and a third kit which included this light blue top which they wore in a game versus Czechoslovakia. However, it was in the more famous red shirts that that they lost the quarter final match to old rivals Germany 3 – 2 having been 2 – 0 up. Peter Bonetti was singled out as the villian having taken over in goal from the ill Gordon Banks though manager Sir Alf Ramsey was also criticised for his decision to sub Bobby Charlton on 70 minutes. 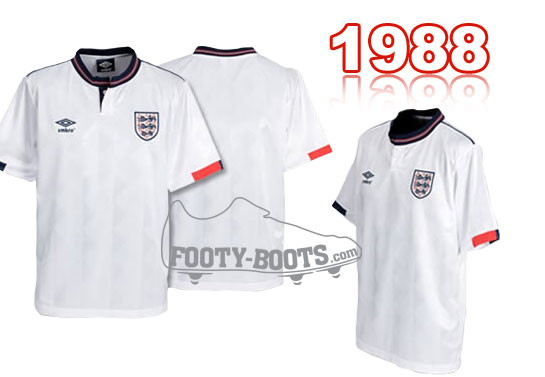 Another German disaster befell the national team wearing this shirt in 1988 as England travelled to the European Championships hosted by West Germany. For England, it was a forgettable tournament as they lost all three group matches, 1 – 0 to the Republic of Ireland, 3 – 1 to a van Basten inspired Holland and 3 – 1 again to Russia. The Championships themselves though were of significance as not one player was sent off, no knockout matches went to extra time or penalties and at least 1 goal was scored in every game. 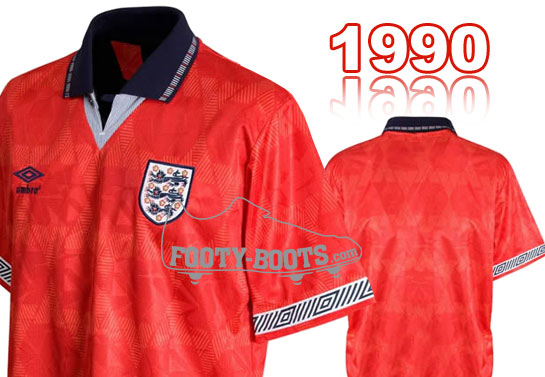 The England shirt had a splash of background colour to it for Italia 90 and also the splashes of Gazza’s tears. The England midfielder was at his best in the tournament but a yellow card in the semi finals meant that he would have been barred from playing in the final. He needn’t have worries as England went out on penalties in Turin to; you’ve guessed it, West Germany. 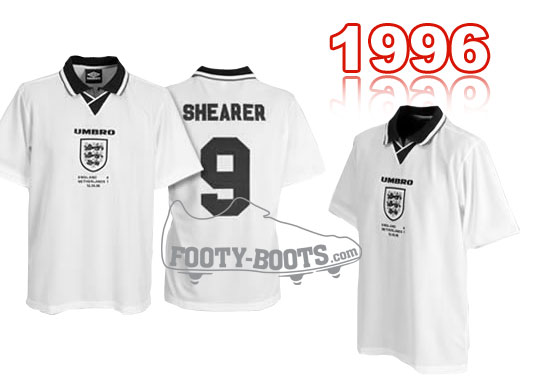 The Umbro brand and 3 Lions crest was positioned across the chest of this England shirt as the country hosted Euro 96. Football according to Baddiel, Skinner and The Lightning Seeds was apparently coming home. Sadly, not to London as yet again, England’s finest went out in the semis on spot kicks to Germany. England fans were then subjected to even more torture as Gareth Southgate, who missed the vital pen, along with Italia 90 penalty failures Stuart Pearce and Chris Waddle appeared in an advert for Pizza Hut. 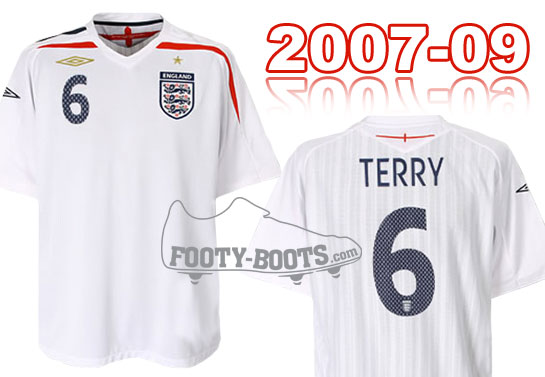 With red piping across the shoulders and down the sleeves, this shirt was sadly wasted as it was used during the reign of Steve McClaren. The ‘wally with the brolly’ oversaw a disastrous campaign as England failed to qualify for the European Championships of 2008. The former Boro boss failed to outlive the shirt, being replaced after 16 months by Fabio Capello.

At least we can expect some Italian style in the design of the new shirt which is available for pre-order from today. On the pitch too, things are looking up with England on top of their World Cup qualifying group with 4 wins out of 4.

Written By
Felipe
More from Felipe
Robben battles his nemesis in training whilst Benzema issues a 'Catch me...
Read More